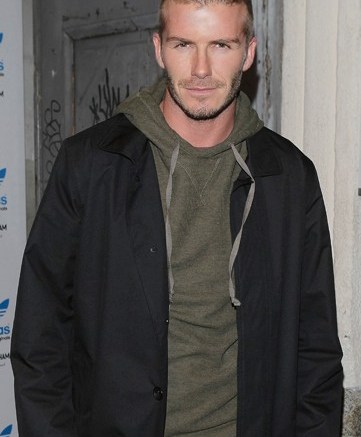 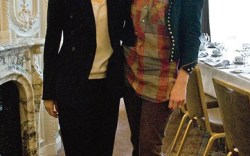 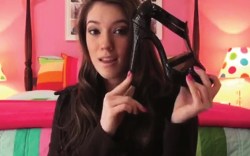 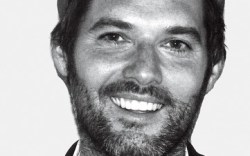 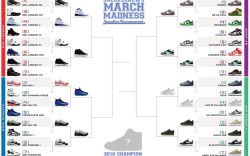 Becks’ Burden
What’s bad for David Beckham could be good for Adidas. While in New York last week, Adidas CEO Herbert Hainer told Insider that while the company is losing out on having its marquee soccer star in the World Cup due to an injury, it could see some benefits. “It’s a major blow for him personally because he desperately wanted to play in his fourth World Cup. First and foremost, I really feel sorry for him,” Hainer said. “[Although] for us, it’s a bad and a good thing. The bad thing is he’s not playing. The good thing is that he is now available for us during the World Cup.” So will we see the injured superstar making the rounds in South Africa? It’s likely. “There might be more opportunities for us to use him during the World Cup,” Hainer said. And one group that he could help draw in to the Adidas world is fans of Beckham’s golden looks. “He’s very good looking. He’s very good looking,” Hainer laughed. “Women all fall apart when they see him. But he’s an extremely nice guy.”

London Calling
Retailer Browns and novelist-turned-TV presenter Sophie Dahl hosted a lunch in London on Monday to celebrate the arrival of the Tabitha Simmons collection to its dedicated shoe store at 59 Brook St. “The response has been brilliant,” said Simmons, who had flown in from New York for the event. “I love the store: It’s all windows, it’s inviting, not intimidating, and still has a high-end salon feel.” The designer’s pal Dahl, whose new cooking series, “The Delicious Miss Dahl,” is airing on the BBC, wore the Betsy, the much-photographed sandal crafted from contrasting fabrics. The former model said the shoes made her so tall she almost knocked her head, so when she heard that the Bryony flat was also available in the same spotty combo, she was keen to have those too.

Shoe Scene
Dana Davis is hooked on ABC’s “Dancing with the Stars,” and it turns out the Los Angeles-based designer has a fan of her own at the hit reality show: judge Carrie Ann Inaba. “She’s really embraced the shoes,” Davis recently gushed to Insider, admitting she heard about Inaba’s shout out to her brand while watching television coverage of a recent awards show. “I was sitting in my house and just screaming. I was like, ‘This is the best thing ever.’” But watching her comfort-infused high heels walk the red carpet isn’t the only thing that makes Davis jump for joy. “I get all giggly when I see my shoes out on the street. It’s so weird, but cool.”

Poe Man
Stuart Weitzman knows how to wield a mean ping-pong paddle, but who would have thought the designer is also a poetry buff? “I memorize,” he told Insider during a recent visit to his New York showroom. When he was a kid, Weitzman said, his uncle would pay him $10 to memorize and recite some of the literary world’s beloved poems, including Lewis Carroll’s “Jabberwocky” from his novel “Through the Looking-Glass, and What Alice Found There;” “If” by Rudyard Kipling; and Edgar Allan Poe’s “The Bells.” Now, he admits, he’s adopted the tactic for an entirely different reason. “If you exercise your mind, it staves off senility,” Weitzman noted, saying he recently rememorized Poe’s classic, “The Raven.” And though his granddaughter is only 2, Weitzman said he plans to get her hooked on poetry, too. “She’ll start with nursery rhymes, then ‘Jabberwocky’, and then we’ll get to ‘Invictus’ [by William Ernest Henley].”

Plugged In
Behold the power of the blog. Last week, the online site Shoes of Prey , which allows customers to design their own footwear, got some serious media play after 16-year-old video blogger Juicystar07, aka Blair Fowler (below), raved about the site on “Good Morning America” and online. After she encouraged her audience to create their own designs at SOP and submit the looks to her site, more than 200,000 visitors headed to the SOP site in a single day. Fowler’s blog also shot to the top of YouTube’s most viewed videos. “It’s been insane,” an SOP spokesman said. “A lot of people have disregarded bloggers in the past. In this day and age, if you look at these little Web sites, they can change the landscape of a company’s future overnight. It’s amazing how the word can spread.”

Rumored
Several sources have confirmed that Michael Lewis (below) has been tapped to design shoes for Tom Ford, although Ford’s office and the London-based designer would not address the speculation when contacted last week. Before launching his eponymous label for fall ’09, Lewis held positions at Kurt Geiger and designed shoes for Louis Vuitton and Burberry. The designer knew Ford from working with him on footwear when he was at Gucci. Currently, Lewis juggles designing his namesake collection and consulting for the British women’s brands L.K. Bennett and Jaeger.

Winner’s Circle
Sneakernews.com has been running a March Madness Sneaker Tournament and it looks as though the most basic of styles could make it to the end. The contest, laid out on a bracket similar to the NCAA tournament, pitted Nike sneakers and Jordan brand product against one another. Readers then submitted their votes. “So far, the white-on-white Air Force 1 has beat out some of the priciest and rarest Air Force 1s on the market,” said Yu-Ming Wu, founder of Sneakernews.com and Freshnessmag.com. “It looks like it might be going all the way to
the finals.”

Spotted
Matisse is headed for prime time. Rumor has it that a reality TV film crew has been shooting at the company’s El Segundo, Calif.-based headquarters for a new show slated to debut in June on VH1. The premise? Hard to say. Given VH1’s history, it may involve former celebrities getting fit, sober or arrested, or maybe all three. For its part, the company isn’t saying. “I am not at liberty to say what it is about, since we signed a confidentiality agreement until the show is about to air, but I will tell you that it was filmed at my office with my staff and Matisse as the setting for people coming to work for me,” President Michael Katz revealed. — With contributions from Elisa Anniss and Marcie Young