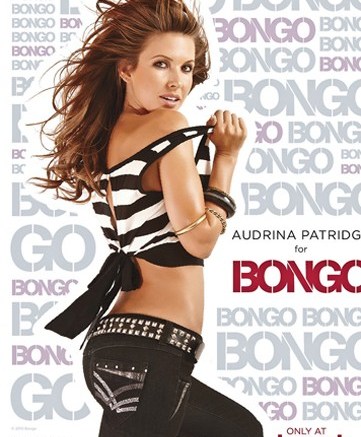 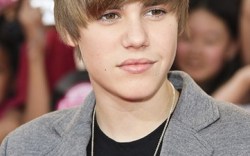 “The Hills” might be over, but MTV reality star Audrina Patridge is already working on her next gig. The new face of juniors’ brand Bongo told Insider — with difficulty, as Patridge lost her voice during a cast-party celebration last Tuesday — she’s getting ready for a handful of appearances on behalf of the Iconix Brand Group-owned label. “It’s such an iconic, American brand. My mom used to wear it in the ’80s,” she said. “I was excited to be a part of it because they don’t have just jeans anymore — they have apparel and accessories. It’s a huge brand.” And of the much-discussed ending to the reality series, Patridge said she thought it was clever. “[The end] was poking fun at everyone who thinks ‘The Hills’ is so fake.” Patridge’s national marketing campaign for Bongo (above) debuts in September. In other Iconix spokesperson news, it looks like congratulations are in order for Bristol Palin, ambassador to The Candie’s Foundation, who announced her re-engagement to baby-daddy Levi Johnston on the cover of US Weekly. The bride-to-be can be seen in a new PSA (her second for the foundation) that warns teens of the party-halting repercussions of teen pregnancy.

Celebrity lines are nothing new, but when it came to their new men’s casual footwear line, former L.L. Bean-ers Gregg Jackson and Chad Gombes went in an unusual direction, taking inspiration from the life and interests of a legendary scribe. Ernest Hemingway Footwear Co. launched last week with nine hand-sewn, outdoors-inspired men’s styles for select independents. (A broader debut is set for later in the season in Orvis and select Nordstrom doors.) Jackson said once the writer came to mind, there was no one else they could have chosen. “You know those [Dos Equis] commercials, ‘The Most Interesting Man in the World?’” he said. “Who was that in real life? It was Hemingway.” The fledgling brand already has found fans in actors Andy Garcia and Anthony Hopkins, who are working on a movie about the Pulitzer Prize winner. In fact, Jackson revealed, the pair have suggested that a boat shoe from the line might be used in the film.

Window on the World

Shoppers and shoe fans passing by Bloomingdale’s in New York are getting a show. The Lexington Avenue windows celebrate the new partnership between Keds and the Whitney Museum of American Art by showcasing shoes — and three art students working in the windows. Keds President Kristen Kohler Burrows said the display was a great way to highlight artist Jenny Holzer and the Keds Whitney Collection she designed (a Bloomingdale’s exclusive). And Bloomie’s agreed. “Our customers are very interested in art and the arts, and we thought this was a perfect collaboration,” said Anne Keating, SVP of public relations and corporate philanthropy for the store. “It’s a perfect opportunity to showcase a great artist who decided to do something that everyone can own as art.” Customers also can put their stamp on Keds: A touchscreen in the window connects passersby with the Keds online customization program. “We wanted the windows to be both a studio and a stage of interactivity,” Burrows said.

Leave It to Beiber

Sportie LA is no stranger to celebrity customers, but co-owner Isack Fadlon said nothing had prepared the store for a Justin Beiber visit. Shortly after the teen crooner (at left) entered, swarms of adoring fans descended. “Within five minutes, there was a storm of teenage girls who were just crazy,” Fadlon told Insider at a recent cocktail event to celebrate the opening of Bearpaw’s new L.A. showroom. “Even after he left, girls kept coming in and wanted to know which shoes he tried on just so they could touch them.”