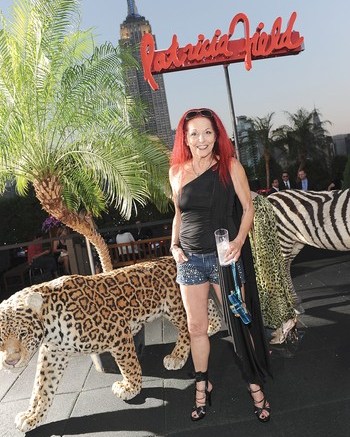 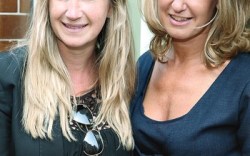 It’s no secret that Carrie Bradshaw is quite the tastemaker, but even before “Sex and the City 2” opened over the weekend, Brian Atwood’s studded lilac heels — which Sarah Jessica Parker’s character was spotted wearing during filming — were sold out across the country. Net-a-porter.com blew through its stock of the $800 Loca style and last week was promising more pairs would soon be available. Meanwhile, Intermix’s Soho location sold its final pair of the 5-inch pump in the days before the film’s release. While fashionistas are anxiously waiting for shops to restock, “SATC2” costume designer Patricia Field (at right) isn’t feeling any sympathy. “They should have stocked more,” Field said at a recent New York soirée fêting the film’s release. “When did you [last] see a gorgeous pair of lilac shoes? [People see those and think], ‘Damn, I need a pair of lilac shoes.’” Field, who paired black Balenciaga wrap-up stilettos with studded denim shorts for the event — that featured a fashion show of swimwear and accessories worn in the movie — said keeping up with Parker can be quite the challenge. “She just flies down the street in 6, 7, 8-inch heels,” Field marveled. “Her feet never touch the ground.”

Alex McCord arrived at last Wednesday’s American Image Awards after a “crazy day” taping the “Real Housewives of New York City” reunion special. “It was off the rails,” she said. “[Even with] everything you’ve seen so far, buckle your seatbelt: We’re not done.” Husband Simon Van Kempen also chimed in on this season’s drama. “New Jersey [housewives] will throw furniture, Atlanta women will pull hair and New York women use their mouth,” he told Insider. “It’s the [words] that are way more vicious.”

Yummy mummies and their tots were out in force last week at the in-store tea party thrown in honor of Papillon’s second London location. Live chicks, rabbits and ducklings in the window kept children spellbound at the 1,300-sq.-ft. kids’ shoe shop in London’s Marylebone Lane. Papillon is the offspring of owners Felicia Brocklebank, Maggie Snouck and Nicole Robinson, whose sister, handbag designer Anya Hindmarch (below, at left, with Robinson), was in attendence. Could stateside shoppers see a Papillon soon? Brocklebank isn’t ruling it out: “We already have American wholesale customers and it seems there is a gap in the market for our kind of kids’ shoes.”

K-Swiss is going to make television history — at least, that’s the word from EVP David Nichols. Nichols said the brand would unveil a back-to-school campaign featuring a television character (no, not the actor playing the character). “It’s the first time the [unnamed] network has allowed a TV character to be in a campaign,” Nichols said. “It’s a very unique endorsement.” But Insider couldn’t get Nichols to spill on the character, or even the show, in question. “It’s someone who will help us target young males,” he said. “And that’s all I’m saying.” — With contributions from Elisa Anniss, Kristen Henning, Brittany Sullivan and Marcie Young