Inside the Novogratz’s Closets 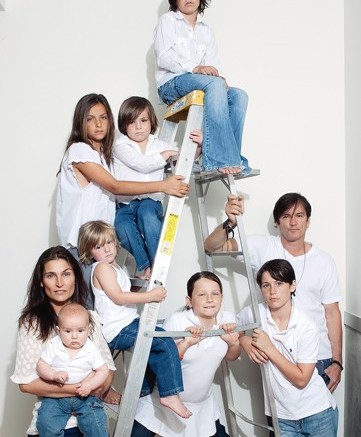 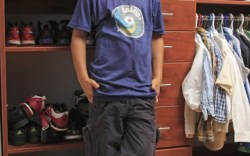 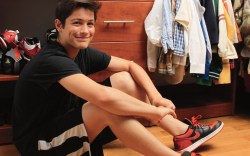 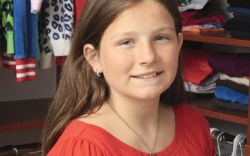 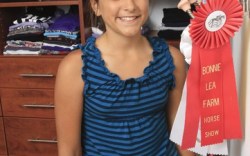 The Novogratz family thrives amid chaos.

Parents Robert and Cortney — famous for turning some of New York’s most dilapidated buildings into dazzling, multimillion-dollar residences and then flipping them — busily juggle running their own design firm and starring in the Bravo reality series “Nine by Design.” And they do it all while raising a rambunctious brood of seven kids, ranging in age from 18 months to 13, and migrating between the family’s homes in Manhattan, Massachusetts and Brazil.

While life can get pretty crazy, what makes it all work, according to Cortney, is having a method to the madness. Shopping for shoes and clothes for such a large family is no exception. “I’ve kind of developed a system over the years, and I try to keep things simple,” she told Footwear News during a recent visit to one of the family’s Manhattan pads, a former Nolita gun shop converted into a sleek five-story townhouse, where the entryway is home to an ever-changing jumble of the kids’ shoes.

With five boys, the Novogratzes are big on hand-me-downs. “The younger ones get a lot of their older brothers’ outgrown clothes, but it’s harder with shoes because they can get pretty beat up and worn out,” Cortney said. “But we’re still able to do it from time to time.”

They shop for new shoes and clothes on an as-needed basis. “With so many kids,” she said, “we don’t do the typical back-to-school shopping rush. When I see they are outgrowing stuff, then we’ll go out and buy some new things.” Preferring to mix it up, the family frequents everything from trendy boutiques such as Calypso and Classic Kicks to Payless ShoeSource or consignment stores. “You can get great little ballet flats at Payless, and no one knows the difference. It doesn’t always have to be pricey,” Cortney said.

And while dad Robert leaves most of the shopping to his wife, he does enjoy hitting the local vintage stores for one-of-a-kind finds for the kids. “I’m really into the vintage stuff — that’s my thing,” he said. “What Goes Around Comes Around [in New York] is one of our favorites.”

Known for taking risks and making bold statements with their design work, Robert and Cortney give their kids plenty of fashion freedom and embrace even the quirkier choices. “Breaker, [age 9], went through a phase where he wanted to wear a suit and tie every day. And then he wanted to wear it backward. It was kind of crazy, but that’s OK,” laughed Cortney. “They each have their own individual style, and we really encourage them to express it — with rules, of course.”

Among the restrictions: No heels for the girls, 11-year-old twins Tallulah and Bellamy, for at least a few more years. “They just leaped to preteen, so it’s a whole other world,” Cortney said. “They wear the same shoe size I do now, but they’re still young girls, so it can be hard to find age-appropriate styles.” Ballet flats, flip-flops and Ugg boots are staples.

Meanwhile, their brothers (who, along with Breaker, include Wolfgang, 13, twins Five and Holleder, 5, and Major, 18 months) live in sneakers — even for special occasions. “They wear their nicer sneakers with suits and tuxedos. They are the kids who will never wear bucks or things like that,” said Cortney. “I mean, their own father doesn’t wear dress shoes; he’ll wear black patent sneakers.”

Tallulah, 11
Favorite brands: Vans, Nike
Celebrity style idol: “I really like Selena Gomez. I think she has a great style.”
Sisterly sharing? “We don’t get to share shoes because my feet are bigger than Bellamy’s. But we do share clothes a lot. And we fit into our mom’s shoes now.”
Shopping spots: Forever 21, H&M, Zara, Topshop