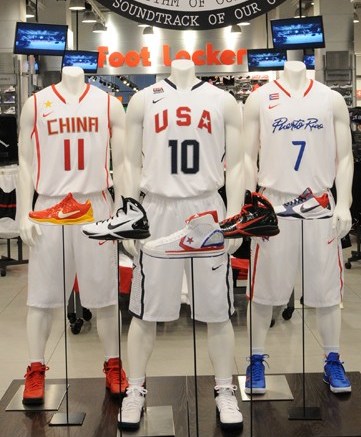 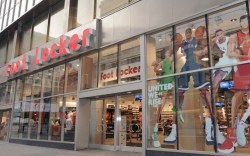 Athletic companies were looking for a boost in sales as a result of Nike’s World Basketball Festival, which took place in New York last week.

The four-day basketball celebration, that included events at Foot Locker, House of Hoops and Champs banners throughout the city, were a positive for the New York-based athletic retailer, said President and CEO Dick Johnson. “We’ve seen a lot of traffic [in our New York stores],” Johnson said last Friday. “The events are really bringing people in, not just from New York, but from around the world.”

According to Nike Brand President Charlie Denson, retail partnerships were a key factor in planning this brand-building event. “The [WBF] is a very important part of the relationship we have with key retailers,” he said. “It’s a great way to continue to create new, compelling stories both around the brand and around the retail partnerships.” He added that Nike, which is a partner with Foot Locker on House of Hoops, is looking into ways more of leveraging sporting events across the brand portfolio.

The WBF also may be a much-needed boon for the basketball market, as sales in 2010 have been mediocre, according to Susquehanna Financial Group analyst Christopher Svezia. “The basketball category has been a mixed bag in 2009 and in 2010,” he said. “It’s OK, but it hasn’t been a barnburner.”

Svezia noted that many athletic retailers have been putting more focus on training and running categories.

Johnson, though, was optimistic about what the WBF can do for business, due to its timing. “We’re hoping sales across the board will be strong after the WBF is over, not just in basketball,” Johnson said. “Hopefully it will carry us into the back-to-school season.”