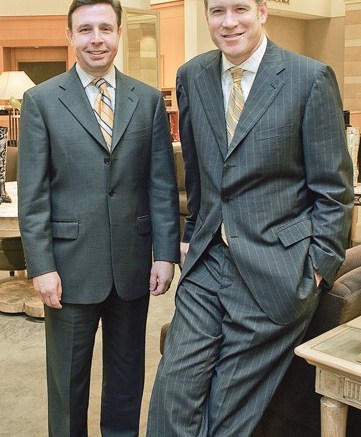 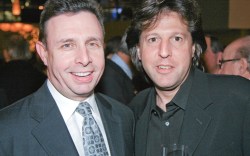 BOSTON — Jack Minuk, who last week announced his retirement as head of Nordstrom’s shoe department, is so revered in the footwear industry that Steve Madden named his son after him.

“I love him,” Madden said of Minuk. “He is an executive that was able to marry creative with business. Anybody with something new and exciting was given a shot by Nordstrom. Jack made that possible. We won’t see his likes again.”

Madden’s sentiments echoed the views of many top footwear executives, who overwhelmingly said that Minuk leaves behind a big legacy and that he will be sorely missed. After all, Minuk, EVP and GMM of Nordstrom’s shoe division, whose retirement will be effective March 15, worked for the family-run department store chain for 28 years. Indeed, Nordstrom was — and still is — Minuk’s ultimate passion.

“There’s something very unique and indescribable about the culture of Nordstrom,” Minuk told Footwear News. “It’s like having 50,000-plus people all rowing in the same direction. It’s really something. When you get immersed in this culture, it is such an overwhelmingly powerful force. You’re so motivated by what takes place, and it’s totally centered around [serving] the customers.”

Minuk, 55, began his career in 1981 in women’s shoes at Nordstrom’s downtown Seattle location and within a year became the Tacoma, Wash., store’s buyer and manager of women’s shoes. Three years later, he was the Northern California women’s shoe merchandiser, and by 1991, Minuk became corporate merchandise manager for women’s shoes. By 2001, he was responsible for the entire shoe division. Minuk was named EVP and GMM in 2005.

“You have to appreciate how difficult it would be to step in and lead the shoe division,” said Pete Nordstrom, president of merchandising, who at one time reported to Minuk. “He respected the [footwear] legacy and what it meant to the company.”

Nordstrom, who today is Minuk’s boss, remembered when he transitioned to the top merchandising role. “Jack handled it with such grace,” Nordstrom said.

Nordstrom added that he was surprised by Minuk’s retirement plans. “His results have been the best of his career. … That usually doesn’t fit [with someone who is retiring],” he said.

The company said that in 2009, even in light of the disastrous economy, footwear had the best overall performance.

Minuk stressed that one of the many keys to his success at Nordstrom is the way the company trusts its employees. “You’re really empowered to make decisions, and that goes from salespeople all the way through to our senior leadership,” he said.

On a personal level, one of Minuk’s favorite memories is that Nordstrom was the place where he met his wife, when she worked at the cosmetics counter. He said she has been one of his biggest supporters.

“In all my years, she never asked why I needed to travel so much or work so many long hours,” he said.

Minuk’s attachment to his family life is apparent to his professional colleagues.

“His devotion is clear,” said Diane Sullivan, president and COO of Brown Shoe Co. “I’m sure [his family] is thrilled to have more time with him, even as his professional family tries to figure out how to say goodbye.”

Sullivan also praised Minuk’s leadership. His “passion for the business has made him a tremendous partner over the years. More than just a colleague, in the time I’ve known Jack, he has become a true friend. Our countless great conversations and even greater laughs will always stay with me,” she said.

During his nearly three decades at Nordstrom, Minuk has had a lasting impact on the footwear industry. Footwear designer Sam Edelman recalled that when he decided to reenter the shoe business — about five years after selling Sam & Libby — he contacted Minuk to show him the new shoes he’d been working on.

“Jack said to call him when I landed at the airport,” Edelman said. “When the taxi pulled up in front of Nordstrom, he was waiting in the street for me, and he helped me carry my bags up to the office. That was a reflection of this man’s love and respect for the people within the industry. He’s somebody who can be demanding, but he has a respect for all of us and for the creative work we do.”

Steve Madden’s brand director, Rob Schmertz, commented on the close friendship between Minuk and Madden. “Watching Steve and Jack converse together, it really shows the fondness that each one has for the other while building a business together,” he said. “It’s very sentimental.”

Schmertz said that as a result, his company has mixed emotions on Minuk’s departure. “He has really gotten the Nordstrom footwear business to the next level,” said Schmertz..

Minuk was also adept at picking up on trends before they became mainstream.

Connie Rishwain, president of Ugg, explained, “About 11 years ago, I asked [Minuk] for help to get the East Coast to support Ugg and buy the Ultra boot, which was performing in the west. To get us support, he put the boot in the Christmas catalog and then all doors had to purchase [it]. The same Christmas, the Ultra boot was on Oprah’s ‘Favorite Things’ [list]. The east is now our largest market.”

Rishwain added, “[Jack] gave his team and his vendors the autonomy to run their business, yet he was always there for guidance and support. … Jack has mentored many people on my team over the years and has had a positive impact on all our lives. I am honored to call him my friend.”

While he was growing the Nordstrom business, Minuk also made his mark on broader industry issues. About a year and a half ago, he joined the FFANY board of directors.

“Jack is one of the small, elect group of retailers to sit on the FFANY board. He took his role very seriously. When Jack spoke, people listened,” said Joe Moore, president and CEO of FFANY, who added that Minuk’s retirement caught him by surprise.

But for Minuk, it was time to go out on top. “I’m able to leave because my team is strong and capable. Our shoe house is in order,” he said. “Change is good. Someone will come in with all-new energy, ideas and ambitions.”

Minuk said he approached the Nordstrom family about a year and a half ago regarding his long-term plans, including retirement. Nevertheless, he emphasized there was no direct catalyst for his departure at this time. “It just happens to be the right moment for me,” he said.

“Jack was emblematic of Nordstrom’s passion for the customer. He has a focus on people, product and principles — a rare combination. He left a great legacy,” Rubel said.

Vince Camuto, owner and CEO of Camuto Group, called Minuk “a real merchant whose integrity has set him apart from others. Jack has always emphasized the importance of quality and style and is about servicing the consumer.”

Joshua Schulman, CEO of Jimmy Choo, voiced a similar view: “[Jack] represents the very best of Nordstrom values in terms of integrity, partnership and being in service to the customer,” he said. “While we know that Nordstrom has great bench strength on their shoe team, these are big shoes to fill.”

It is quite likely Minuk’s replacement will be promoted from within, given Nordstrom’s tendency to do so. Minuk said there are “a number of marvelous candidates” in the firm’s shoe division.

As for his own future plans, Minuk intends to take six months off to spend time with his wife and travel. After that, he will decide his future career path. “I definitely want to do something,” Minuk said. “What that is, I don’t know — something that interests my passion.”

Minuk said he has a type of non-compete contract with Nordstrom but that it is not strict. Regardless, Minuk said he would not jeopardize his relationship with the retailer. “I have worked my entire career to make this a great place,” he said. “My life is Nordstrom. If I do anything in the future, it would be to benefit this company.”

Minuk concluded: “I’m truly grateful and humbled to be part of this company, and in particular, the shoe division. I’ve fulfilled all my dreams.”