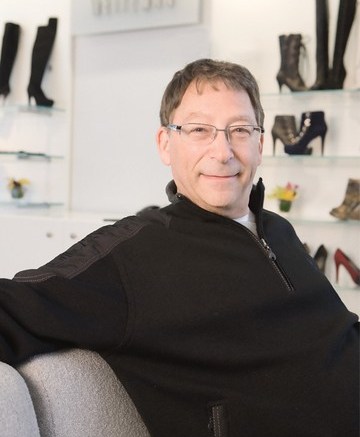 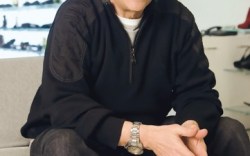 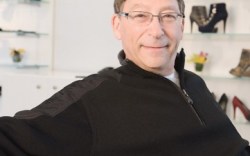 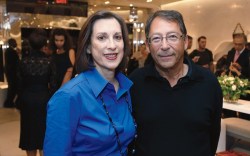 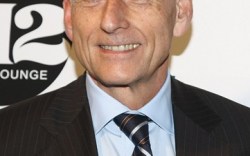 Capping off weeks of speculation, Jones said last Thursday it would acquire a 55 percent stake in Stuart Weitzman LLC for an initial payment of about $180 million to the current owners, including Irving Place Capital Management, which shed its minority interest in the firm.

Weitzman, who will be the principal owner of the remainder of the company, will continue on as executive chairman, along with key executives at the brand, including President Wayne Kulkin.

[Click here to read a full Q&A with Weitzman.]

“This is a terrific deal for everybody,” said Saks Fifth Avenue President and Chief Merchandising Officer Ron Frasch. “Stuart gets a great partner who really understands the business. Irving Capital gets a good return on its investment and [Jones CEO] Wes Card gets a great enhancement to the company’s portfolio. … It is always better when a company is acquired and run by people who really know the shoe business. [Jones] will have a long-term vision and strategy for the brand.”

Other key players also said the deal would pave the way for significant expansion at the luxury label.

“With the addition of the professional management and infrastructure of Jones Apparel Group, [Stuart Weitzman] has incredible growth potential,” said Neil Clifford, CEO of Kurt Geiger Group, who added that the brand was a top performer in the retailer’s Harrods business.

[Find out what other shoe players had to say.]

The acquisition had been in the works for “at least four months,” Weitzman told Footwear News from Spain on Thursday. “It was on again and off again. The last five days were when it really came to a head. Everyone [just finally] decided to do the darn thing and make it happen.”

Card was in China on Thursday and issued a statement about the buy.

“Stuart Weitzman’s shoes and handbags reach a loyal customer base that spans across generations,” Card said. “Our goal of providing strong brands and quality products … is furthered by [the label].”

Weitzman said Jones approached him about its desire to own a majority stake in the brand, which reported $193 million in sales for the year ended Jan. 2.

“I don’t care who owns the majority stake,” the designer said, adding that he expects the business to be up 25 percent in 2010. “The only thing that matters is who has the right to run the company, and it’s important for me to control the business as long as I’m physically able.”

“The story is even better now with a great combination of [Stuart’s] leadership and the strong business and financial backup to grow the brand,” Frasch said.

“I’ve never met anybody who has been able to combine both design with business the way [Weitzman] has,” said Harrison, whose firm also assisted the designer in 2005, when the initial 40 percent stake was taken by what was formerly Bear Stearns Merchant Banking, now Irving Place Capital.

Over the last five years, Irving Place “created a lot of value in the business, and merging it with Jones will make it more exciting,” Harrison said from the Middle East.

Jack Hendler, president of Net Worth Solutions Inc., said the deal “is a very smart move on Jones’ part. It’s really going to move their needle into something that’s going to separate them” from their competition.

Hendler added that he expects part of the merger will include developing Stuart Weitzman-branded apparel, particularly given Jones’ knowledge in the clothing space. Jones is “more the apparel maven than Stuart is. What Stuart’s doing [with footwear], it’s kind of like, if it ain’t broke, it doesn’t need fixing. I’m certain that when it comes to the apparel side, Weitzman will have maybe a review responsibility, but nothing more than that because it’s not his space.”

Analyst Jennifer Black of Jennifer Black & Associates said she also thinks apparel and other accessories, such as jewelry, would be natural product extensions of the Stuart Weitzman brand. If those extensions were made, she estimated, the brand could eventually hit $500 million in revenues.

“This is a brilliant move for Jones,” Black said.

There is, however, some belief that Jones might be overpaying for Stuart Weitzman. Research analyst Brian Sozzi from Wall Street Strategies said “it looks like [Jones is] trying to gain access into higher-end department stores” by acquiring Weitzman. He said that moving into department stores such as Saks and Neiman Marcus would be a potentially risky change in strategy for the firm.

“For me, I’d rather see Jones pay down more of its debt than go out and try to get into high-end doors,” Sozzi said.

Indeed, Jones ended the last quarter with $278.8 million in current liabilities. The company also announced last Thursday an offering of $250 million in debt to help pay for the Weitzman acquisition. But the company late in the day put those plans on hold, citing unfavorable market conditions.

While the deal will allow Jones to buy Weitzman’s remaining share of the company at the end of 2012, the designer said he has no plans to retire or step away at that point.