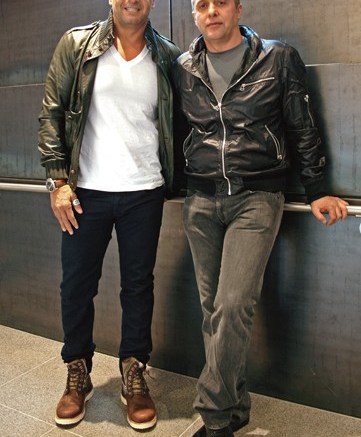 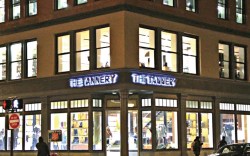 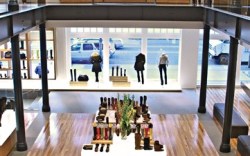 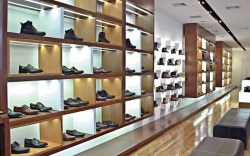 After 37 years, The Tannery has a new, groundbreaking store truly worthy of the retailer’s industry clout.

With sales in his new store running 25 percent ahead of projections since the Nov. 21 soft opening, Tarek Hassan, the front man of the business founded by his uncle, Sam, said his only regret is not doing it sooner.

Located at 711 Boylston St., the shop is The Tannery’s most ambitious project by far. Not simply in size (though it is the largest, at 21,000 square feet) but also in terms of design, product and scope, with three concepts on three different floors. This is the Hassans’ third store opening in as many years, and as with the Concepts location that bowed in 2008, aesthetics play a huge role in the project.

The massive store wasn’t easy to pull together, said Hassan. Though finances were not a major concern — the Hassans, who own various properties in Boston, fund their own projects — the need for man power and the demands on their time were sometimes overwhelming.

“Knowing what a perfectionist Sam is, we knew there would be no cutting corners, and we needed a team of people who would work well together,” said Hassan. “Our crew of people worked six and seven days per week. We were on the site watching every move, every buildout, every detail that went into that store.”

Now that the doors have opened, Hassan believes the store will be a $22 million- to $25 million-per-year powerhouse. On the main selling floor, footwear should generate about $1,200 in sales per square foot, he said.

Company founder Sam Hassan said The Tannery’s success is due in large part to his nephew’s endless effort. “Tarek’s brain never stops working. There isn’t a shop window he doesn’t look in or a person he won’t talk to.”

“Sam and Tarek understand people — that’s No. 1 for them,” said Pentland USA President Sonny Shar, a longtime friend and business associate, who recently spent a day in Boston getting feedback from Tarek on plans to introduce a new brand in the U.S. “They understand completely what the customer wants and will be honest with you when they believe in something or when it’s not going to work.”

At this moment, the younger Hassan believes the customer wants a one-stop destination that delivers exclusive product within a variety of retail experiences.

“Each floor [in the new store] will have its own concept, speak its own language and have people who are expert in dealing with those brands,” he said.

In those terms, the 8,000-sq.-ft. main selling floor is classic Tannery: a saleable mix of dress, comfort and fashion-comfort footwear, which Hassan anticipates will produce about half the store’s sales. The assortment, which includes Sofft, Frye, Salvatore Ferragamo, Sorel, La Canadienne, Mephisto and Thierry Rabotin, is 65 percent women’s, 35 percent men’s. On the back wall, slouchy handbags from Botkier, Gryson and others retail for as much as $800.

Tim Pearce, SVP and GM of Sofft Shoe Co., likes having his product in an integrated “destination” environment. “We are able to attract new customers,” he said. “Customers buying apparel might find a pair of our shoes that work well with what they purchased.”

Downstairs, in a 7,000-sq.-ft. space that looks like a wine cellar, complete with dim lighting, wooden beams and an exposed granite slab floor, Hassan plans to debut a yet-unnamed “heritage Americana” concept in March. It will feature both footwear and apparel brands such as Red Wing, Sebago, Woolrich, Levi’s Vintage and Double RL, as well as a custom Timberland shop-in-shop. The area will be anchored by a dessert-and-coffee lounge.

The space is expected to generate about 25 percent of sales. Customers looking for exclusive products, such as the upcoming three-style Tannery collaboration with Clarks Originals, will find them there, Hassan said.

But it’s on the third level that the retailer is truly breaking new ground for the company. Called Curated by The Tannery — a concept Hassan hopes to develop for future expansion in other U.S. cities — the 6,000-sq.-ft. floor will be like a compressed Barneys New York or Louis Boston (which recently shuttered its store on Newbury Street and will reopen more than a mile away, on the South Boston waterfront).

“That’s a very good thing for us,” said Hassan of Louis’ departure. “We’ve had some vendors come to us wanting to stay in this neighborhood.”

At present, the third floor houses a mix of contemporary denim and denim-friendly sportswear, a wall of designer sunglasses, and limited-edition sneakers, long a strength for the company. Starting in July, however, the store will begin carrying Lanvin, Dolce & Gabbana and YSL shoes to round out the assortment. It will also have Moncler, Helmut Lang, Alexander McQueen’s diffusion line, McQ, and other apparel lines. To buy for the space, Hassan hired Shaka Ramsey, formerly of The Achilles Project, a well-respected boutique/restaurant concept in Boston’s Fort Point Channel that was felled last year by the poor economy.

And though retail is still limping along and recovery seems elusive, Sam Hassan said The Tannery is well positioned for continued growth.

“I always make my moves in a recession,” he said. “We use our own money, so we are not tied up getting permission from banks. As one example, we’ve gotten excellent help on the construction of the store at a time like this.”

Additionally, now is an ideal moment to be on Boylston Street. The Tannery sits on one of the area’s most prominent corners, within a stone’s throw of the new Apple Store, the new five-star Mandarin Oriental hotel and the Prudential Center, downtown Boston’s most trafficked retail hub. Boylston Street is making more noise in retail right now than the better-known Newbury Street, a block north. Sam Hassan has owned the building The Tannery inhabits since the late 1980s, and if things go well, the store could potentially occupy all six floors one day, he said.

As The Tannery continues to expand its format, one thing is for certain, said Tarek Hassan — who was hired by Sam at age 16 to work in the company’s Harvard Square stockroom — he couldn’t do it without his uncle’s guidance.

“The strength of business comes from him. He taught me to work very hard, but he saw what my passion was and has given me the opportunity to follow this dream,” he said. “We trust each other, and we complement each other.”

“We are a very good team,” agreed the elder Hassan. “We finish each other’s sentences. We are like two artists painting on one canvas. If one gets tired, the other one just takes right up and continues.”