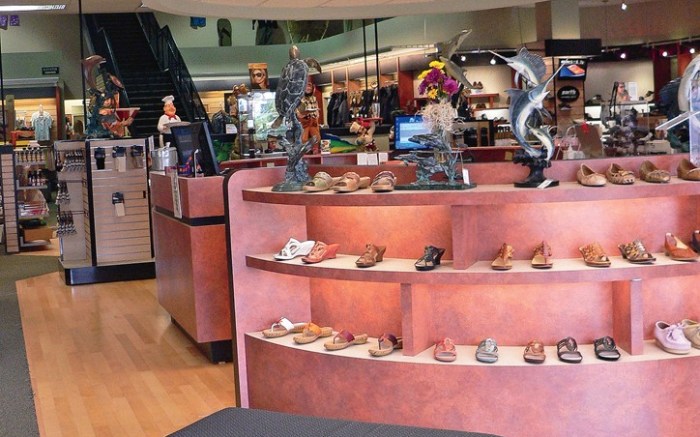 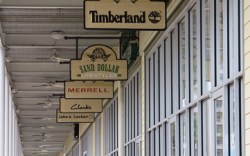 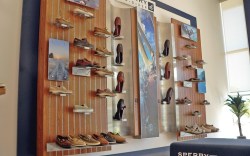 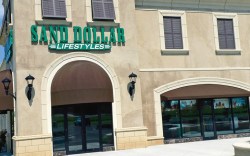 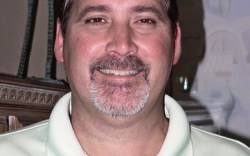 For Jeff Hardy, the decision to join the family business was an easy one: He was just 2 years old when his father opened his first shoe store, and by age 10, Hardy was running the stockrooms.

“It’s my background. I grew up in the business. I couldn’t [even] play on the weekends,” Hardy joked about his early involvement at the shop.

What began as Hardy Shoes in 1967 transformed into Sand Dollar Lifestyles about 15 years ago, in Mobile, Ala., where the chain is still based. Today, the independent retailer is prepping to open its sixth location — a 12,500-sq.-ft. shop in Dallas next month. The newest store joins the five existing doors in Mobile; Foley, Ala.; Ridgeland, Miss.; Spanish Fort, Ala.; and the largest location, a 20,000-sq.-ft. space in Orange Beach, Ala. The retailer’s 14,000-sq.-ft. Ridgeland store opened in May.

All the Sand Dollar locations feature a unique shop-in-shop concept that employs a separate sign and entrance for individual shoe brands. As customers walk into each door, a television greets them and continues to display information about the particular product. For example, the Ridgeland store has about 10 entryways, for brands such as Columbia, Clarks, Mephisto, Merrell and Sperry Top-Sider.

The new Dallas shop, being built by Durham, N.C.-based New Era Designs, will feature the same type of exterior, with a separate entryway and sign for major footwear and apparel brands, including Zigi NY, Sanuk and Chaco. Inside, each label has its own area, all of which converge into a shared main floor, where additional lifestyle products such as grills and electronics are sold.

“The [footwear brands] are what drive people to come in the door,” said Hardy, co-owner and managing partner. “When they walk in, the ‘wow’ factor is there, and they have never seen anything like [this concept]. We don’t want the [customers] to go anywhere else; we want it to be a one-stop shop.”

While the expansion to Mississippi has been well received, the Alabama locations, including the 10,000-sq.-ft. space at the Tanger Outlets in Foley, have suffered in sales due to the BP disaster in the Gulf of Mexico earlier this year.

“The oil spill killed us,” said Hardy. “[Resort consumers] didn’t show up this year. We’re down between 40 percent and 50 percent across all the stores.”

To remedy the problem, the retailer searched for a location with better year-round business, and that led him first to Ridgeland (situated near Jackson, Miss.) and then to Dallas.

As the Gulf communities continue to rebuild themselves, the retailer is banking on a wide range of product to draw customers back in. The age range of shoppers includes children to senior citizens, according to Hardy, and prices start at $25 for flip-flops and reach up to $400 for men’s dress shoes from Mephisto.

Customer service also will remain a large focus. “Our salespeople are trained to educate the customer on product knowledge,” Hardy said. “We are all about service.”

The unusual store design, however, has meant that staffing has been a challenge. Each brand storefront is designed with enough space for about six to eight people. Hardy connected the central selling floor in the 1990s, allowing employees to better see customers when they walk through each entrance. “That was a huge challenge, even on off-season days,” he said. “We had to come up with the best [method for employee coverage]. We had to learn the hard way that [the main selling floor] needs to be centered, and [an employee] should be in every one of the [side] stores.”

Hardy also is constantly working on displaying the most-effective brand signage and sticks to selling what the customer wants. For example, when one brand isn’t performing well, Hardy switches out the merchandise, if needed.

“We [got rid of an underperforming brand and changed it] to a Sperry [shop-in-shop] in 36 hours,” he said. “That’s the idea — to be able to change with what’s hot in the market. If [the brand] has run its cycle, we’re going to pop up the next biggest one in the shoe industry.”

Sperry Top-Sider has been working with Sand Dollar Lifestyles since spring ’08, when the brand first sold to the Orange Beach location. The store ranks as a top-performing account in the Southeast, thanks to the unique setup, said Sperry President Craig Reingold.

“Sand Dollar’s shop-in-shop concept clearly sets it apart in the marketplace, and its broad assortment of sought-after brands helps to make them a shopping destination,” said Reingold. “The passion, knowledge, and professionalism of [the store’s] associates on the floor, as well as its management, is quite evident. Sand Dollar gives Sperry Top-Sider great presence in its stores.”

The retailer’s relationship with Birkenstock goes back more than 20 years, to when an earlier location first started selling the brand.

“The Hardys always seek strong, consistently performing brands and vendors to partner with and create mutually beneficial long-term relationships,” said Anne Brussok, field sales manager at Birkenstock. “Over the years, growth and expansion at Sand Dollar has made it a leader in its market and a truly unique destination for shopping.”

Moving forward, the chain plans to launch an e-commerce site by spring, as well as focus on social networking, especially through the company’s Facebook page.

“It’s going to take us a while to recover from the hits we’ve taken this year, but by next year, we’ll have a very up-to-date and modern site,” said Hardy.

In addition, the retailer will continue the search for a partner and investor to grow the business and ease recovery from the oil spill and recession. Overall, Hardy said, he hopes to end the year on a high note.

“We’re going to have a strong Christmas at the Tanger Outlets,” said Hardy, “and I know we’ll see [steady] business in Dallas.”