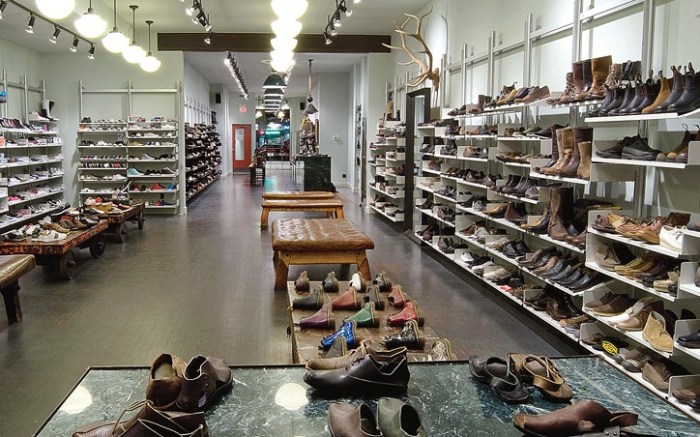 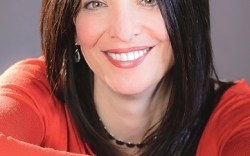 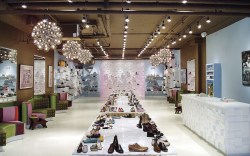 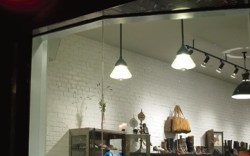 Louise Dirks has transitioned from farm girl to retailer with apparent ease.

Twenty years ago, Dirks, who grew up on a dairy farm in Canada, left the import business she co-owned with a friend to realize her dream of opening a shoe store. Already an experienced buyer — often traveling to Thailand, Nepal, Turkey and Morocco for handcrafted artisan goods — Dirks launched Gravity Pope’s first location in Edmonton, Alberta. The store quickly became a popular footwear destination, thanks to favorable word of mouth and a brand selection that rivals any retail channel in Canada.

The store has since become a bigger chain, with a second location bowing in Calgary in 2000, followed by a third store, in Vancouver, British Columbia, in 2004. That year also saw the debut of two designer apparel and accessories shops called Tailored Goods.

Now, after two decades in business, Gravity Pope has proven itself to be a survivor, thriving throughout the recession. Its 2010 sales are expected to be up 15 percent compared with 2009 across all three footwear stores.

“We’re doing quite fine as far as sales go,” said Dirks. “In harder economic times, people buy a little more wisely, but consumers will focus on buying something that’s good quality, and we fit the market for that. We offer [product] that can stand the test of time.”

Gravity Pope caters to customers who want something unique. Dirks regularly seeks out brands that are on-trend or are hard to find in her area, such as Camper, Chie Mihara, John Fluevog, Fiorentini & Baker, Kenneth Cole, Steve Madden and Merrell. About half the store’s merchandise is imported from Italy, Spain and Portugal. Retail prices range from $120 to $750.

In 2004, Gravity Pope also launched its own private label, which includes Portugese- and Italian-made footwear based on current trends. According to Dirks, the private label is growing exponentially, and talk-show host Ellen Degeneres has even been spotted wearing a chukka style from the line.

“What I do well is find new product,” said Dirks, who still scouts trade shows for new brands. “The most exciting part of my job is to look for and find product. If I go to a trade show, I’m there from beginning to end.”

Each Gravity Pope location has its own unique interior, set off by a timeless centerpiece. For instance, the Edmonton store, which spans 1,821 square feet, features steel carts used on the railway and gym benches that were prominent in Paris in the 1920s. The 1,800-sq.-ft. Vancouver store showcases large light fixtures, and the 1,300-sq.-ft. Calgary store has a wall of glass beads, giving the space a “light and airy feel,” said Dirks.

Designer John Fluevog has worked with Dirks for nearly 20 years and said he appreciated her dedication to his brand. In fact, he said, she has been known to spend four or five hours looking at the line each season.

“If every person we sold to in wholesale was like her, I’d be happy,” said Fluevog. “Louise is an unusual retailer; she is very loyal to the brands. She sticks with them and she builds them, which is not very common anymore.”

“[Gravity Pope] has created a loyal following and exposed so many up-and-coming brands to the market, including Chie Mihara,” said Cansellier. “We have such a strong following because of Gravity Pope.”

Similarly, the retailer was one of Camper’s first accounts in North America, and the two companies have now been working together for more than 10 years.

“Louise is brilliant,” said Camper North American sales manager Tim Patwell. “She is a very savvy, well-versed retailer, and she’s on the leading edge of fashion. She is one of those rare people who has a fashion flare, but runs an efficient business.”

These days, Dirks has turned her attention to the store’s website, which has a steadily increasing customer base. A revamped site will go live later in late June or early July that Dirks said will be more user-friendly and better equipped for e-commerce. (The current Gravity Pope site debuted in 2005.)

“We put a lot of energy into what the customer wants and the merchandising of the site, right down to the buying page,” said Dirks. “With the growing popularity of Internet shopping in general, I anticipate 100 percent growth of Web sales in the next few years.”

Moving forward, Dirks has measured plans for expansion. She has been asked to franchise, but is not entertaining the idea at the moment.

“I’ve thought a lot about moving into the States, but at this point, the next step would be to move east [in Canada],” she said. “I don’t want to push it, but I’ve got a few things on the back burner as far as where I want to be. … Toronto would be the next door.”

For now, Dirks said she’s happy to have a healthy business in a troubled economy.

“Retail is not easy, especially because fashion is so fickle, but I feel really lucky on many different levels, as far as growing a customer base, buying unique product and growing an excellent set of employees,” said Dirks. “As far as watching the stores [progress], I wouldn’t give that up for the world.”