Independent Retailer of the Year: The Tannery 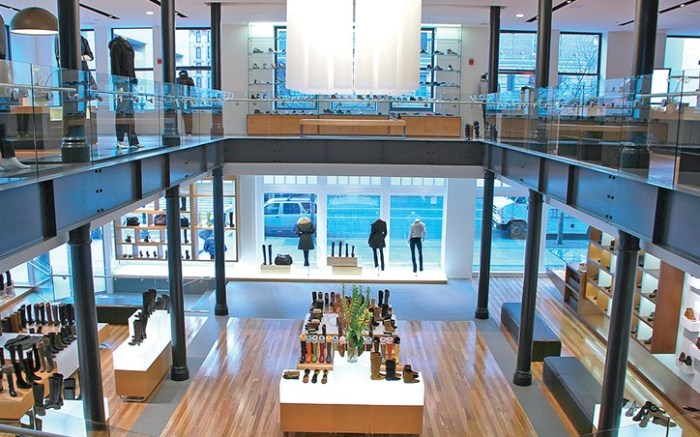 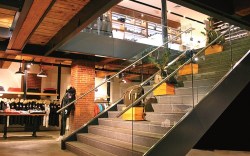 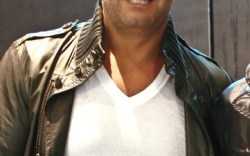 After nearly 40 years serving the Boston market, The Tannery has made its biggest impression yet.

Storeowners Sam, Tarek and Talal Hassan have just put the finishing touches on the jewel in the four-store crown, a tri-level, 21,000-sq.-ft. store on Boylston Street.

The new location, which soft launched a year ago, has already exceeded annual projections for $22 million to $25 million in sales, despite the economy. Based on that early success, Sam Hassan said the store would eventually become the chain’s headquarters, with plans to occupy all seven floors of the building. Meanwhile, the elder Hassan is giving his nephews Tarek and Talal greater control.

“We’ve always tried to see the opportunity in recessions,” said Tarek. “Not just for the business advantages, but because it’s a great time to send the message of commitment, hope and inspiration to our customers and surrounding community. The most fun thing about the [project] is the excitement it created in Boston and seeing it work. Our neighbors have taken notice.”

Vendors have, too. Sonny Shar, president and CEO of Pentland USA, said getting his Lacoste and Hunter brands in the new door was a must. “When you walk in, there’s an excitement to it,” he said.

The building, which occupies a prime corner within walking distance of the tony Mandarin Hotel and high-profile Prudential Center, was acquired in the 1980s by Sam Hassan. And according to Tarek, the space reflects the historic Back Bay neighborhood. The Hassans used opulent materials and finishes in the construction, anchoring everything with a massive granite staircase. “We spared no expense at defining our residence,” Tarek said, about the self-funded project.

While the Hassans were the visionaries, the project was brought to life by design firms here and in Europe. “They helped us conceptualize the design and create a powerful retail experience at every level through architecture, graphics and storytelling,” said Tarek.“With a project this size, the challenge was creating a welcoming and dynamic shopping experience without being too overwhelming.”

The flagship’s focus remains footwear, which accounts for 65 percent of the product mix. Apparel and accessories complete the story, which Tarek, in large part, credits to GMM Talal. “It’s one-stop shopping no matter who you are,” Tarek said, noting that the store lures locals and tourists, as well as A-listers such as Ben Affleck, Leonardo DiCaprio and Tom Cruise, and several pro athletes.

To streamline the shopping experience, each floor of The Tannery has a distinct fashion concept. The 8,000-sq.-ft. main floor showcases the store’s core brands, such as Ugg, Sperry Top-Sider, Ecco and Geox, and high-end fashion-comfort lines Thierry Rabotin and Anyi Lu.

The Tannery is now Geox’s largest New England account, said Diego Bolzonello, CEO of Geox SpA. “In its brilliant execution of lifestyle departments and store design, the store has become a brand in itself,” he said. “The [Hassans] provide a showcase for brands in the new flagship. This allows Geox to be meaningful in New England.”

Dansko, also sold on the main floor, has been a Tannery vendor for more than a decade, said Mark Diehl, SVP of sales for the company. “We were fortunate to be in conversations with the Hassans when they were planning the new store,” he said. “I have to credit [them] for their willingness to take a chance in this market and stick with their vision. Tarek did a great job of creating an excellent shopping experience. A large space can be hard to hold consumers’ interest.”

Upstairs, on the 6,000-sq.-ft. top floor, customers can shop a mix of established and emerging designers. The area, called Curated, is named for the fashion stories told each season, handpicked by the store’s buyers. Footwear by Ferragamo, Jil Sander, Pierre Hardy and Dolce & Gabbana; and apparel by Helmut Lang, Alexander McQueen and Rag & Bone sit amid oversized butcher-block tables, rolled steel fixturing and glass display units. “It is more fashion-forward and edgy,” said Tarek.

The 7,000-sq.-ft. lower level has become the store’s star attraction. The Wilderness Workshop is dedicated to outdoor apparel, outerwear, footwear and accessories. “We transformed the basement of a historical building into a modern expression of the true outdoors,” said Tarek. Footwear showcased in this area includes Timberland Boot Co., Red Wing and Danner. Customers are also invited to linger with complimentary coffee and espresso.

The placement is a natural fit for Stratham, N.H.-based Timberland, said Dale Stickney, a sales director for the brand, which has become increasingly focused on building an image around its outdoor roots. “Being positioned within the Wilderness section is a great opportunity,” Stickney said. “It’s right in line with our rugged outdoor heritage.”

Still, the Hassans admit they’re on a constant learning curve, aiming for a better shopping experience with each new store.“We’re getting to know our audience more intimately and learning how to exceed expectations on every level, from storefront and location to merchandising,” said Tarek. “We took all we learned from the [other] businesses and put them under one roof. [The new store] is the best of what we know.”