Hunter Boot Comes Out of the Rain 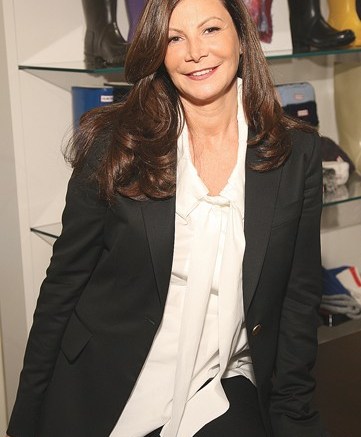 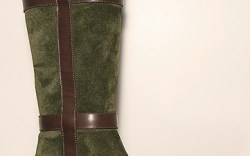 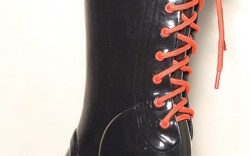 Though the company has parlayed its classic Wellington boot into a must-have staple for stormy weather, the Scotland-based brand is poised to become a full-fledged lifestyle name.

Last year, Hunter USA, headed by CEO Wendy Svarre, branched into leather, offering a capsule collection of riding boots and booties for the first time. Now, for fall ’10, the company, of which Pentland Group Plc has a 49 percent stake, is expanding with about 20 styles for women, ranging from tall shearling boots and high-heel loafers to snow and equestrian boots. Another seven styles, including riding and field boots, are being introduced for men.

“We are in a Hunter moment. Rainboots are a major fashion trend, and we are the go-to rainboot,” Svarre said. “People love the Hunter name, [and] we’ve recognized the power of the brand. Given the tremendous success of the Wellie, it was obvious how quickly we could capitalize on this and establish ourselves as a major footwear brand.”

Business, she said, was up 100 percent in 2009 and is expected to increase in the coming year.

Svarre added that the leather collection, priced between $195 for shoes and $900 for tall boots, is expected to account for about 10 percent of the Hunter business in 2010. While a small line of boat shoes and moccasins bowed for spring ’10, a broader collection of warm-weather footwear is in the works to position the company as a year-round lifestyle brand.

“We’re working on spring ’11 right now, and [it] might be a little more of a challenge for us,” Svarre said, noting that styles could include clogs and additional flats. “We’re not going to sell as many boots in spring, but I’m developing styles that will remain true to our DNA. … If we’re going to establish Hunter as a true footwear brand, it has to be in the leather category.”

The Tannery in Boston has been a believer in the Hunter name since its early days in the U.S. market and, said co-owner Tarek Hassan, was also one of the first to stock the leather collection when it soft launched last fall.

“The response was unbelievable. The woman who bought into the rubber boots trusted the brand and wanted to make the move into leather,” said Hassan, who has stocked five leather styles in several SKUs for fall ’10.

Though the retailer has relied on the success of the rainboot in the past, Hassan said he does not expect much risk from taking on the leather line. “Hunter has become a household name, [and] consumers have a lot of confidence in the brand right now. It’s going to be easier for them to make the jump to the leather [offering] because of that,” he said.

The move, explained Scott Julian, salon and designer footwear buyer at Zappos.com, has also afforded the brand a spot next to higher-end labels and helped it reach a new customer.

“The luxury materials and updated classical designs will allow Hunter to flourish this fall and provide a little healthy competition as they sit amongst a new crowd,” said Julian, who has picked up 12 styles from the leather collection. “They are giving the consumer an opportunity to expand their Hunter collection and apply the brand they love to a broader range of activities.”

Beyond leather, the company also has grown the rubber offering for fall ’10, introducing more-fashionable styles such as wedge heels, lace-up boots and an equestrian-inspired style with Hunter’s monogram. Handbags are also being added into the mix, with six styles and about 18 SKUs retailing between $395 and $975. And cold-weather accessories — including gloves, hats and scarves — are set to launch.

Meanwhile, Svarre has focused on branded retail and is preparing for the April opening of a 270-sq.-ft. Hunter store in New York’s Limelight Marketplace. The shop, she said, could be a precursor to additional stores across the U.S. in the coming years.

Hunter came to the forefront in fashion circles last year when it partnered with Jimmy Choo on a $395 rainboot, something Svarre said helped generate buzz and offer credibility among higher-end retailers. “It definitely created more of a craze,” she said. “[Even though we were already] cool, it did help elevate us.”

To that end, Svarre — who has held positions at Barneys and Chanel, where she was VP of accessories and shoes — has spent the last 18 months retooling Hunter’s distribution strategy across the country. Focusing on higher-end stores in favor of widespread saturation, Svarre has opened accounts with Neiman Marcus and Bloomingdale’s and has closed several others with more mainstream retailers.

“I’ve shut down a lot of stores that we just didn’t belong in,” she said, noting that growth with both retained and new accounts increased in 2009. “Knowing we had this long-term vision of where the brand should go, we had to close those doors. If you’re going into Macy’s, you’re never going to get into Neiman.”

The company’s tighter distribution, Hassan said, has allowed Hunter to position itself as accessible luxury. “It really has its own niche,” he said. “The brand has a prestigious feel to it. It’s sold in very fine stores, and everything that’s being built around it keeps it very unique and [at the] top.”

For fall ’10, Bloomingdale’s has expanded its assortment of rubber rainboots and Wellie socks and has picked up 13 styles from the leather collection in hopes that the loyal Hunter customer will gravitate to the more fashionable offering.

“The leather product offers our customer fashion with function with great, iconic branding,” said Debbie King, DMM of women’s shoes at Bloomingdale’s. “The pent-up demand for Hunter product will carry over to leather as the must-have, hot items of the season.”