How to Get Guys (to Shop) 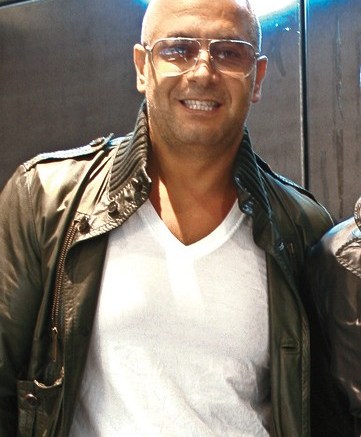 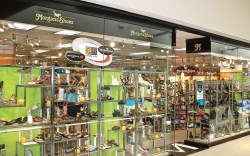 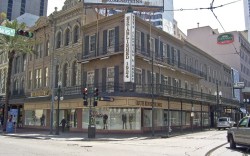 When it comes to retail’s battle of the sexes, women have clearly been the winners.

Bob Deutsch, a cognitive anthropologist who has advised clients including Reebok, Coca-Cola and Apple, explained that men are straightforward creatures. “[They] are interested in power more than security, more in individuality than sociability,” he said. “It’s not because they’re egomaniacs; it’s because that’s what they needed to be evolutionarily. They have to relate to what’s happening now.”

The result is the tendency to make quick choices — purchases based on addressing an immediate need. And that’s a big problem for most retailers.

“They come in looking for what’s on their feet,” said Langner. “They don’t want to try anything on. They’re uncomfortable in a shoe store.”

But now there’s opportunity to make them think twice, thanks to strong fashion trends in the men’s market. The trick, said retailers, is to do things that will encourage buying, such as improving service and creating an environment that cuts down on time spent looking for the right pair.

Stores, for instance, that make the process easy tend to be favorites, said Tarek Hassan, co-owner of The Tannery stores in Massachusetts. “Men like the one-stop shop,” he said. “We don’t like to spend a lot of time shopping.”

Hassan, whose newest multifloor location on Boylston Street in Boston sells apparel, as well as footwear and accessories, recalled how a customer came in to buy a boat shoe, and a sales rep took him upstairs to buy jeans and a coordinating jacket. “To be able to shop everything else, not just footwear, [it helps] if you can create that atmosphere,” he said.

Indeed, a recent report from market research firm Mintel International found that male shoppers ages 18 to 24 are the most likely to shop at a department store, while men ages 35 to 64 are more likely to frequent a mass-market store such as Walmart or Target.

It also helps if shops can provide clear fashion guidance through creative merchandising in windows and on the floor, said Kenny Rubenstein, owner of men’s specialty shop Rubenstein’s in New Orleans. “We try to put together outfits and show as many different categories in an outfit as we can,” he said, noting that a man will buy an entire outfit off of a mannequin, whereas a woman might just buy a dress. “Generally, guys aren’t reading the fashion magazines. They aren’t that knowledgeable.”

Lisa Gorlicki, a buyer and merchandiser at The Tannery, agreed: “A majority of women are focused and know what they want. With men, you can guide them. The fashion guys know [about clothes and shoes], but the regular guys need some direction, [which means] you can push them.”

And often, that’s where good customer service can come in. A smart salesperson can encourage a male shopper to try something new, if they are careful to understand the customer’s needs.

“We’re looking to create a bond with [the customer]. We’ll interview them and find out what’s on their lists,” said Langner. “When they leave here, they’ve been talked to like grown-ups. … And if they come back, it’s because of how we treated them. Wowing the daylights out of them is what this business has become.”