How to Build Customer Loyalty 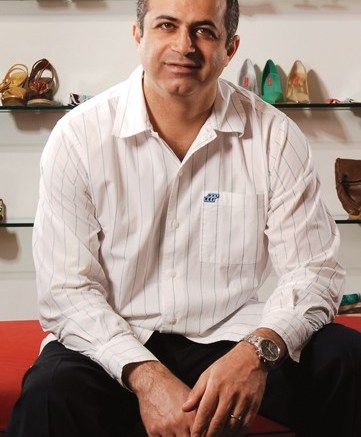 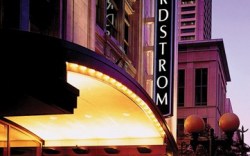 When it comes to developing customer loyalty, there’s no clear blueprint for success, especially in today’s consumer environment, when shoppers are mercurial and competition from price-slashing retail chains is intense.

But experts told Footwear News that by focusing on value-driven product, great customer service and open communication, retailers should be able to ensure repeat shopping.

“To generate loyalty, you’ve got to do the basics right,” said Andrew Rees, VP and head of the retail and consumer products practice at L.E.K. Consulting in Boston. “It’s not revolutionary, but it’s very important. If it’s not right, everything else is a waste of money.”

Rees pointed to Journeys as one retail company that has fine-tuned its sales strategy, with positive results. “They’ve developed strong loyalty with the teen consumer. They have a dynamic environment, a good-looking store, and it’s multibranded and continually changing its offerings. It has a well-edited assortment, so eventually it becomes the arbiter and proponent of style.”

At the high-end Madison boutique in Los Angeles, which stocks brands such as YSL, Chloé and Giuseppe Zanotti, President David Assil said his store’s fashionable merchandise speaks for itself. “We don’t use gimmicks [to attract customers],” he explained. “We carry product that’s great and that will stand up to any designer’s. We find product that isn’t found anywhere else.”

But while retailers are building strong merchandise selections, they should also be careful to protect it from heavy promotions, which, experts warned, might draw in new shoppers, but won’t establish long-term loyalty.

“With the economy, it’s a common belief that price is the most important thing, but that’s not true,” said Amy Shea, EVP and director of brand development at consulting firm Brand Keys Inc. “It’s about value per dollar.”

Shea noted that one way to add value to product is by improving the overall shopping experience. “For instance, at Barneys, the store experience is amazing,” she said. “It’s part art gallery, part department store.” The store also works hard to engage customers by handing out business cards, sending personal e-mails and tracking purchases, she added.

Indeed, Paul Weiner, owner of Walk’n Shoes in Boca Raton, Fla., emphasizes customer service at his comfort store, which caters to a mature audience. “There aren’t a lot of people around here who do exactly what we do,” said Weiner, who is a constant presence in the store. “[Our customers] know when they come in our store, they’re going to be fitted. And if they want something we don’t have, we’ll order it for them.”

He added that the shop also has a flexible return policy and networks with five other area shoe stores to make recommendations and sometimes share inventory. “We do whatever we can — within reason — to satisfy a customer. I never want a customer to walk out unhappy,” said Weiner.

But service should extend beyond the doors of a store, explained Rees. “[Retailers] should have a strategy where they’re contacting their better customers on a regular basis and inviting them back.”

One way to connect with shoppers is through mailing lists, although some customers are hesitant to sign on for fear of being inundated. Comment cards, on the other hand, offer a way to learn about the customer and gather valuable feedback about the store, said Rees. They also engage the customer in a meaningful way.

Many of the large department stores have extensive loyalty programs, such as the Fashion Rewards initiative at Nordstrom, which offers early access to its anniversary sale and periodic bonus points for participants. In addition to building relationships with customers, the program benefits the bottom line. “[It] has helped drive sales at our Nordstrom stores and on Nordstrom.com,” said a spokesperson for the company. “We have found that customers who utilize Fashion Rewards tend to spend more with us than those that are not taking advantage of this program.”

Happy Customers
Footwear News asked experts to weigh in on how best to build store loyalty.

Develop the retail brand. Amy Shea of Brand Keys encouraged retailers to develop an identity that isn’t based solely on product. “Think distinctively about what kind of brand you are as a store, and realize that that’s different from what you carry.”

Keep track of your customers. David Assil of Madison in Los Angeles said he uses Retail Pro software to manage information, and other similar programs are available.

Use social networking, but wisely. “Explore the social media space and make sure it’s right for you before you commit the time,” said Shea. “Try it for six months or a year, and if it doesn’t work, close it.”

Communicate with customers. The most successful retailers market themselves outside the store. Paul Weiner of Walk’n Shoes networks with the medical community and offers professional courtesies.

Don’t be a follower. Independent retailers should differentiate themselves more easily from the competition, explained Shea. “Don’t try to copy the big guys, but stand your ground and be that local shop.”

Don’t give away too much. “Make sure what you’re giving is commensurate with what you’re hoping to achieve,” said Andrew Rees of LEK Consulting. He suggested “refer a friend” promotions, which drive incremental spending.

Don’t rely on promotions. “I don’t have any big sales,” said Weiner. “I try to have everyday competitive prices and love and service.”

Don’t bug the customers. Shea recommended sending notices no more than once a month. “Make it matter to them, so they know they’re going to get something special.”