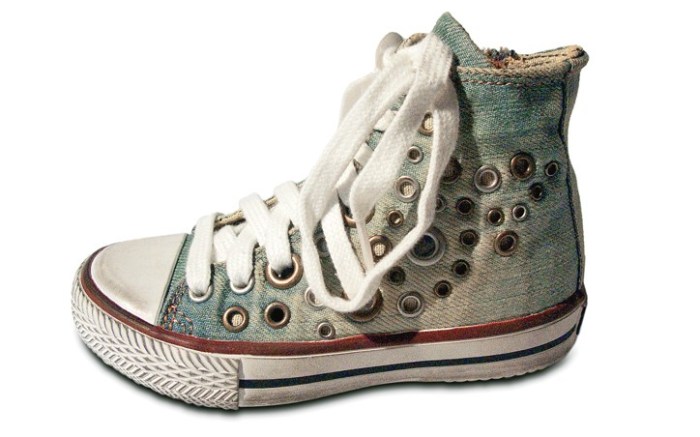 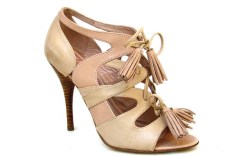 NEW YORK — Highline United is taking things up a notch.

Two years after opening shop on Manhattan’s west side, the footwear firm has quietly assembled a roster of well-known contemporary brands, ventured into retail and built up its distribution. Now, executives are setting up for a growth spurt.

With a portfolio that includes joint ventures with United Nude, Jean-Michel Cazabat and Ash and licensing agreements with Tracy Reese and Miss Sixty, the firm is also bolstering its roster of fully owned lines. For spring ’11, Highline is seeking to capture a broader audience by repositioning the Luxury Rebel line and launching Gun Metal, both of which retail for $100 to $225.

“The timing was right,” said Highline President Matt Joyce. “We watch wholesale, but we’re also watching what’s happening at retail. [There’s a need for] the disposable price point. [That customer] may not be able to spend $240 for a pair of shoes, but she can afford $99.”

Gun Metal, which is soft launching with about 25 styles, will be broadened next fall with about 90 looks, from flats to tall boots, and will be shopped broadly to retailers including Lord & Taylor and Macy’s.

“It’s a complete standalone brand, and we think this could be really big,” said Highline VP of sales Scott Kaminsky.

The restructured line is launching with a handful of retailers for spring, with a broader marketing and sales effort to come in fall ’11. Luxury Rebel shops are also on the wish list, and if early expectations are met, branded doors could open as early as spring ’12, Joyce said.

Highline also has worked to expand other brands on its roster. Jean-Michel Cazabat has moved his entire namesake collection into Highline’s showroom, allowing the team there to oversee sales, press and general business, while he focuses on the design.

“It’s been a great marriage. I have the right financing and all the instruments to grow and take it to the next level,” Cazabat said.

The partnership with Highline, which produces mainly out of China, has allowed the designer to drop price points about 30 percent and helped Cazabat make in-roads in Russia and expand across France and Italy.

Highline, which unveiled a United Nude store in Soho earlier this year, also aims to open a Jean-Michel Cazabat door on Bleecker Street in the West Village and bow an Ash shop in Soho for early 2011.

Ash, which Highline partnered with for spring ’09, has grown its account list to include Bergdorf Goodman, Neiman Marcus and Saks Fifth Avenue and is broadening its reach. E-commerce rolled out in August, and children’s shoes and a full collection of men’s footwear are launching this spring.

The Tracy Reese brand also has been bolstered by the fall ’10 launch of Plenty by Tracy Reese, which signed 80 accounts in its first season and is set to nearly double that number for spring ’11. The diffusion line retails for $100 to $200, while the core label is priced from $225 to $275.

“It’s been a wonderful entry point to the Tracy Reese line, and more customers can be part of the brand,” said Tracy Reese CEO Barry Miguel.

With all of the new initiatives, Highline is quickly outgrowing its 7,600-sq.-ft. showroom. Joyce, who has doubled his staff, has leased additional space in the firm’s building to make way for a design studio, press office and sales offices.