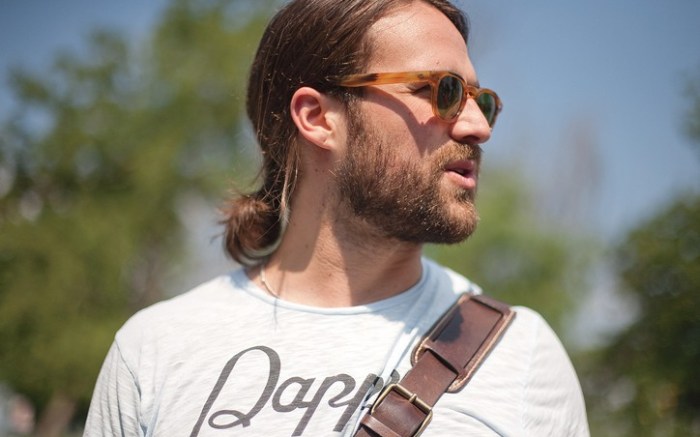 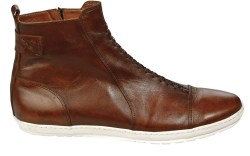 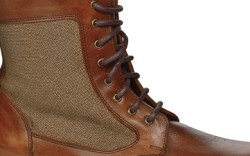 What’s in a name? For new men’s shoe brand Helm Handmade, the answer is quite a lot.

Named for founder and designer Joshua Bingaman’s young son, Samuel Helm Bingaman, the line of men’s boots is handmade in Istanbul, Turkey, and retails for $329 to $499. The collection encompasses a wide range of dress and casual boots, each titled after Bingaman’s friends and family.

“That was important to me because [every shoe] has a story,” said Bingaman. “You’re not just buying some shoe on a shelf. Nothing against those things, it’s just not the business I’m doing.”

Actually, Bingaman’s main business is coffee. He owns the Progress Coffee café in Austin, Texas, and distributes goods to Whole Foods Market through his Owl Tree Roasting business. But his background is in shoes.

In the early 2000s, Bingaman co-owned Subterranean Shoe Room in San Francisco’s Mission district with his brother Brock (who, not surprising, now has a shoe named for him), specializing in the trends of the time, with Dr. Martens, Red Wing and others. Bingaman sold his stake in the business to his brother in 2003, when he moved to Austin, and Brock later sold the store to Shoe Biz, which continues to operate in that location.

Though he had no experience in design, Bingaman said he always wanted to get back into footwear.

“I haven’t found a brand that does what I do,” said Bingaman. “I have some family in Istanbul, and I just fell in love with [the shoemakers’] loyalty to the business there. So we started importing leathers from Spain, sheepskins from Australia, soles from France and Italy, and now I have the best of all worlds with the quality and styles of the shoes I’m making.”

While the timing of the launch late last year proved difficult, it didn’t stop Bingaman. He took out lines of credit, put payments on personal credit cards and secured some investors.

“[The environment] was even more unstable than it feels right now,” he said. “But the two thoughts I had were: If I can’t pull this off in an unstable economy, I don’t want to do it. And shoes, not unlike coffee, are a comfort [everyone needs now].”

“We’ve been their guinea pigs, in a good way,” said Stag co-owner Steve Shuck. “[Helm is] fantastic — lots of great details, styling, materials and fabrications. And the fact that you can be in a handmade boot that’s never seen a machine for less than $500 is pretty exceptional.”

Shuck added that consumers have discovered the shoes on their own, without any marketing behind it. Indeed, Bingaman has already developed a following among celebrities who know Austin, including singer Nick Cave, Robert Downey Jr., Lance Armstong and the cast of “Friday Night Lights,” who have all picked up shoes.

The newest collection of 11 styles is available at a wider mix of retailers, including Atrium in New York and Miami, 310 Rosemont in Houston and Mads Nørgaard in Copenhagen. American Rag in Los Angeles has also picked up several styles, which will be available this month.

“I got the look book in the mail, and I don’t always get to all of them, but this just has that traditional, Americana feel, but a little edgier,” said Courtney Rotolo, footwear buyer at American Rag. “For me, it was an instant ‘pick up the phone’ [moment]. I thought this could be another new brand, but also one we could carry forever.”

Going forward, Bingaman said he will continue to be selective about where the shoes are sold. With each pair taking five days to complete, output is limited to a few hundred pairs per month. But that’s OK with Bingaman.

“I want there to be a demand,” said Bingaman. “I’m not here to make a bajillion dollars; I’m here to make a shoe that hasn’t been made yet and is sincere and has quality. I wouldn’t have been ready for this prior to the cafés and the shoe store, so now I [feel like I] understand account needs.”

And Bingaman is using that knowledge to open a pop-up shoe store in Austin before the new year. The men’s and women’s shop, called Bootleg Austin, will be a mobile site made out of recycled shipment containers. The concept, Bingaman said, was that it can either stay in Austin for a period of time, or move to other cities such as San Francisco. The store already has a few brands signed on for exclusive styles.

Bingaman said he is also working on a women’s line called Marion (named for his infant daughter, Ruth Marion Bingaman), which will debut with seven styles. Production starts in February. In the future, Helm said, he might even include bags and jewelry.

“I started getting a demand for women’s,” he said. “But probably the most important thing was that I wanted to prove that boots could be a year-round thing.”