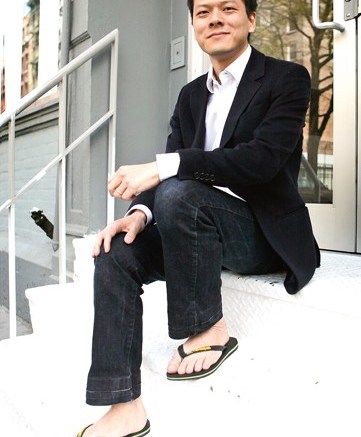 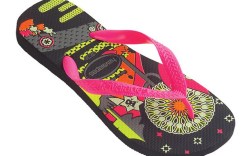 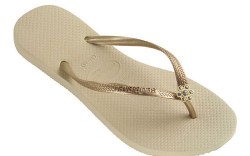 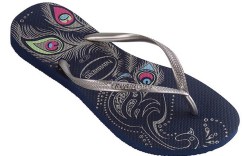 While many shoe companies are struggling to find their footing at retail, Havaianas is on pace for a solid sales year as it works to become a true lifestyle brand with an expanded men’s product offering.

“We expect double-digit growth from last year,” said Afonso Sugiyama, president of Alpargatas USA, the brand’s parent company. “It’s related to us being a premium or an indulgence product at an affordable price point. Even in the current economy, it’s still something the customer can afford to buy. We are not seeing a slowdown in our business.”

Sugiyama, who joined the company in 2006 as part of its international business development team, said product innovation also has helped to maintain the interest of retailers and consumers. For example, this spring, the company designed a flip-flop with a strap covered end-to-end with Swarovski crystals. It’s priced at $120, compared with the brand’s usual range of $20 to $40. A similar design features a Swarovski crystal-clad pin on the strap and sells for $38.

“We make sure the customer always has a reason to come back to us,” Sugiyama said.

In the future, the brand may expand beyond flip-flops into closed-toe shoes and accessories. In Brazil and Europe, Havaianas is testing a collection of sneakers and espadrilles, and Sugiyama is hoping to sign on a U.S.-based retailer for that offering this summer.

“We’re still in discussions with several retailers here in the U.S.,” he said. “Nothing is confirmed so far, but we’re still looking. First reactions in Europe are extremely favorable. It’s right on trend.”

While the brand is distributed in 4,000 doors in the U.S., Sugiyama said he’d like to see it expanded in department stores as well. Also, the executive said the independent channel, due to its ability to showcase higher-end statement product and set trends, remains a priority, though the economy has made it more challenging to maintain a presence in some stores. “We’re doing our best to support the channel, but it’s been a tougher channel this year than in previous years,” he said.

The brand is bowing a pop-up shop for the summer in New York’s Limelight Marketplace to help raise its profile. It plans to import a customization program from Europe and Brazil for that location. “We’ll offer full customization at the point of sale,” said Sugiyama. “Footbeds, colors, straps — the customer can see it all and put it together right there.”

While women’s product dominates sales in the U.S., Sugiyama said future growth at Havaianas would likely come from the largely untapped men’s market. “Our greatest opportunity will always be in men’s,” he said. “We still have the opportunity to further communicate our core value proposition to men.”

So far, Sugiyama said, the company has approached the men’s market on a global basis with an offering of unisex styles, a strategy that hasn’t played particularly well with American male consumers. For spring ’11, though, the brand will introduce product specifically designed for them. “[In the U.S.], the men’s market is a little more conservative, so we’re trying to go for a more masculine look with wider straps and a more rugged feel.”

At Kitson in Los Angeles, storeowner Fraser Ross said the brand is already attracting a strong following. “In men’s, it’s phenomenal,” he said. “Overall, it’s a great business for us. I do worry about it becoming overdistributed, but it’s working and people love it.”

Sugiyama said the brand has the right ingredients to transcend product categories. “Everybody wants to become a lifestyle brand, but I truly see Havaianas as being one,” he said. “We’re Brazilian, which means we’re comfortable and relaxed. That’s what we celebrate with the brand. That’s where we see opportunity.”

Though no plans have been set in stone, Sugiyama said he sees Havaianas expanding into categories such as handbags, eyewear, fragrances and watches. “There are a lot of different things on the table,” he said.

Still, Sugiyama added, changing the way consumers view the brand will not be easy. “The biggest challenge for us will be to make consumers see Havaianas as more than just flip-flops and convince customers we are a lifestyle brand,” he said. “On the short term, for 2011, we want to establish Havaianas as a flip-flop brand that offers comfort and style. We want to increase the base of consumers who appreciate our value proposition. Long term, we want to be a lifestyle brand and continue to increase our offering of flip-flops and sandals and fashion accessories.”

In the end, success will ultimately hinge on product, said Manne Gonzalez, head footwear buyer for the Dr. Jay’s stores in New York. While Gonzalez doesn’t carry the line, she said she planned to take a closer look. “I haven’t seen the product yet, but if it’s good, it could work [as a lifestyle brand],” she said. “It comes down to product.”

While sales of the brand outside Brazil make up just 15 percent of its total, Sugiyama said future expansion would rely on market penetration in the U.S. and Europe. “Growth will come more from international markets outside of Brazil,” he said. “That’s why we have offices in the U.S., Paris, London and Madrid. There are no global brands that can claim so without being here and in Europe.”