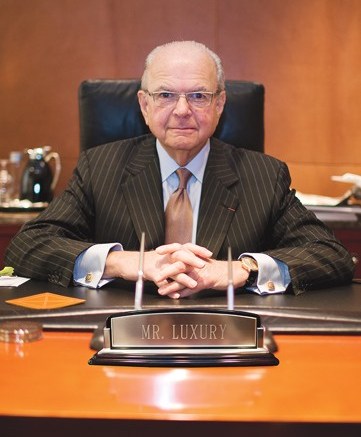 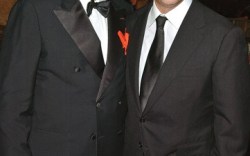 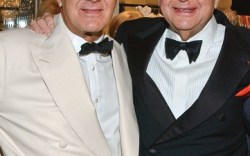 They called him “Mr. Luxury.”

Burton Tansky, the former president and CEO of The Neiman Marcus Group, who retired in October following a nearly 50-year career, is legendary in the retail world for his die-hard dedication to servicing the high-end customer. He not only put Neiman in a class of its own, but elevated the entire luxury space.

When Tansky arrived at Dallas-based Neiman in 1994, he wasted no time, launching an aggressive campaign to turn around the then-87-year-old department store, which had strayed from its high-end heritage. “I saw an opportunity to get Neiman back to its historic mantra,” he said, “which is to cater to the upscale customer with luxury and superb customer service.”

By then, Tansky had 20 years of experience in the luxury business under his belt, and he knew what customers wanted. After getting his start in the training program at Kaufmann’s in Pittsburgh in 1961, followed by posts at Filene’s and Rike’s, he headed to the upscale I. Magnin chain in 1974. Three years later, he moved to Saks Fifth Avenue, where he rose to president in 1980. He became chairman and CEO of Bergdorf Goodman in 1990 and then, four years later, CEO over the Neiman Marcus stores, before taking the helm of the entire group — which also includes Bergdorf Goodman and Neiman Marcus Direct — in 2003.

At Neiman, Tansky pushed to make the merchandise mix more upscale, bringing in the most exclusive and expensive designer labels while eliminating a number of lower-priced lines. Results came quickly. “It worked like a charm, and customers responded almost immediately,” Tansky recalled. “They had an expectation of what Neiman should be, and we were delivering it.” At its peak, prior to the economic meltdown, the company was ringing up more than $500 in sales per square foot.

Designer Stuart Weitzman said Tansky succeeded in staying true to the legacy of the Marcus family, who founded the company, while making his own mark. “Growing up in the footwear world, I heard the name Stanley Marcus, [Neiman’s president from 1950 to 1972], whenever the conversation turned to the ‘best of the best.’ Burt filled those shoes and expanded Neiman Marcus at the same time, without compromising [the company’s] heritage,” Weitzman said.

A true merchant, Tansky had tremendous passion for the product. “One thing about Burt is he loved selling beautiful merchandise,” said Kewsong

Lee, managing director of private equity firm Warburg Pincus, which together with TPG purchased Neiman Marcus Group in 2005 for $5.1 billion. Lee recalled a time when after a meeting with bankers, Tansky took them around the store and ended up selling them a bunch of suits, shirts and ties. “It was an expensive tour for those bankers. That’s Burt — he was the consummate salesman.”

Tansky’s protégé, Karen Katz, who succeeded him as CEO of Neiman Marcus Group, remembered him as being “extremely focused on the product being the best the world had to offer and the best edited, [as well as] insuring we had the most beautiful shopping environments for our customers. [He taught me that] you have to know who your customer is and stay laser focused on that customer.”

Tansky had a particular soft spot for shoes. In fact, colleagues in the footwear world, including Manolo Blahnik USA President George Malkemus, liked to refer to him endearingly as a shoe dog. “He was always drawn to shoes, particularly the highest, sexiest shoes you could find, what he liked to call ‘bar stool’ shoes. He’d say, ‘You can’t walk in these shoes, but if you sit on a stool in a bar, you’re sure to get attention,’” Malkemus said.

It’s no surprise then that early in his tenure at Neiman, Tansky zeroed in on the women’s footwear category as a key opportunity and took a very hands-on role in cultivating the business. “When I arrived, many of the big designer brands were small businesses, and we were able to build them into very large businesses,” Tansky said.

Manolo Blahnik was one of those brands. “Burt would really challenge you and kept pushing the expectations higher each season,” Malkemus said. “He was very instrumental in taking Manolo from a nice, little business at Neiman to one that was being groomed to be a $60 million business right before the recession, which is a tremendous number for one [account].”

Ron Frasch, president and chief merchandising officer for Saks Inc., who worked with Tansky for a number of years at both Saks and Bergdorf Goodman, said Tansky set the bar high in the luxury department store space when it came to the footwear business. “He understood if a store has an amazing shoe department, it elevates the entire store,” said Frasch. “He made sure his shoe offering was the best, and as a competitor, we look at what he’s done and how he did it. He wasn’t worried about taking risks. It was all about the designer [level], and by doing that he made everyone compete.”

For a man who staked everything on wooing the wealthiest of consumers, the recent recession was a humbling time for Tansky. The downturn dealt Neiman a crushing blow, with the company suffering a $668 million loss in fiscal 2009. “It was certainly the most difficult period I experienced in my career,” he said. “And it was unusual in that it hit the luxury market particularly hard. Our customers lost a great deal of their net worth, and they responded by pulling their horns in.”

To see the company through the crisis, Tansky was forced to make some tough decisions, including laying off staff, reducing inventories and slashing expenses. And although initially resistant, he widened Neiman’s pricing structure to include more opening-price product within its designer offerings.

The drastic measures helped put the company back on a path to recovery and, Tansky believes, ultimately made it stronger. “We came out of [the recession] better than we went in. Our expenses are tighter, our inventory management is tighter,” he said. “We’re in good shape for the future.” And through it all, Tansky maintained his unwavering belief in the resiliency of luxury. “Luxury is here to stay,” he said. “Quality is always going to sell. Customers want luxury.”

With the worst behind the company, Tansky felt the time was right to step down. Now, as he settles into retirement, he said, “I’ve got a list of things I want to do that I’ve never had the time to do, and I’m going to start running down that list.” Above all, though, he is looking forward to a break. “I’ve been going, going, going for 50 years in retail. I’m ready to take a little rest, and then we’ll see.”