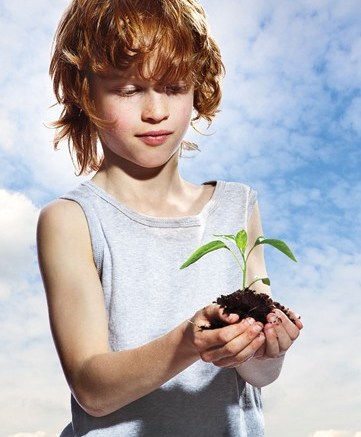 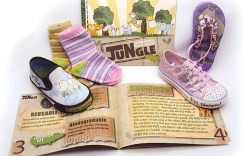 Kids have become the big bull’s-eye in the green movement.

As the future stewards of the planet, they are the group most critical to the cause, said sustainability experts. And if captured early, they will likely remain lifelong green consumers. They also wield tremendous influence over family purchasing decisions and play a big role in getting their parents to go green, creating a trickle-up effect.

Despite this, the kids’ footwear category has been slow to embrace the eco-conscious trend. While some companies have taken small steps forward — changing to recycled boxes or adding natural materials here and there — few have made a major sustainability push, due to steep obstacles such as pricing and production issues. There are signs, however, that the category is moving in a greener direction, with two leading children’s firms set to launch eco-minded collections next spring.

Synclaire Brands, which produces the Stuart Weitzman and Kors Michael Kors kids’ lines, has developed an earth-friendly brand called Big Green Jungle. Targeted to the infant and toddler segment, it will encompass shoes, socks and apparel, all featuring sustainable components.

Evan Cagner, president of the Hicksville, N.Y.-based company, said cost is the biggest hurdle to going green in the children’s market. “There is significant price sensitivity in kids’ to begin with, and now you’re adding more to the price,” he said. “It’s harder to justify it to the retailers and the consumers when children outgrow their shoes so quickly. If price wasn’t a barrier, we’d see a lot more eco-friendly footwear for kids.”

Synclaire is hoping to overcome the issue by partnering with a major retailer on an exclusive rollout of Big Green Jungle. “Our challenge is to figure out a way to make it affordable for the masses, and part of that is doing it in volume — getting someone who can move a lot of shoes,” Cagner said, noting that the company is in discussions with several retailers.

Also making a big green push is BBC International. The firm last month signed on as the kids’ footwear licensee for Becky Bones, a brand that donates 25 percent of its profits to support kids’ and teen grass-roots environmental projects, such as tree plantings and recycling programs in schools. “We do small grants — anywhere from $50 to $300 — because the idea is to reach and impact more kids,” said Krista Kokjohn-Poehler, president of Becky Bones.

A small assortment of Becky Bones skate shoes for girls, produced by master footwear licensee Osiris, has been in stores since 2008. Under BBC, the offering is being expanded with more lifestyle-driven looks, including flip-flops and vulcanized sneakers. To align the collection with Becky Bones’ eco message, BBC is using leftover upper scraps and other waste materials in the production of new shoes.

Angela Kenney, director of product and marketing for BBC’s action sports and lifestyle division, said using sustainable materials and components is the ultimate goal, but not a current reality in the ultra-price-conscious kids’ category. “The feedback we’ve gotten from the retail side is that parents, especially with the economic situation today, are not willing to pay more for something that’s green,” she said. “That’s the great thing about Becky Bones’ give-back program: It doesn’t add to the cost of the shoes for the consumer.”

For many kids’ companies, their reticence to jump on the green bandwagon comes not from a lack of interest but from simply not knowing where to begin. That’s why adult brands that have long-standing green practices, such as Simple and Timberland, are leading the charge right now. “We already have a well-established reputation for making authentic green footwear in adults’, so it gives us an advantage in the kids’ market,” said Abigail Afman, associate product line manager for Simple.

A division of Deckers Outdoor Corp., Simple introduced a small assortment of eco-friendly children’s shoes in 2007, two years after it rolled out sustainable product for adults. Since then, the program has grown considerably, with a wider variety of styles for both babies and kids, and more-ambitious components, including recycled tire blend outsoles; hemp, organic cotton and eco-certified suede uppers; recycled PET blend linings; and organic cotton laces.

Still, while Simple’s green expertise gives it an edge, Afman pointed out that making sustainable shoes for kids comes with a unique set of challenges. When you add becoming environmental to the equation, she said, the already rigorous technical requirements of children’s shoes become even more complicated.

“Creating sustainable footwear for kids takes a lot of thought and effort,” she said, noting it involves weighing a material’s eco-friendly factor against considerations including cost, safety, durability and performance. Aesthetics also come into play. For instance, ornamentations on girls’ shoes — from glitter to sequins — are difficult to achieve within the context of sustainability.

Timberland also has a big leg up on smaller brands trying to start sustainable programs from scratch. “The framework is certainly there,” said Vanessa McElroy, kids’ category director for the Stratham, N.H.-based company. “We have a very large toolbox of sustainable materials we can pull from.”

Timberland kicked off its green efforts in kids’ last fall, with a handful of boys’ boot styles under its Earthkeepers banner. For spring ’11, the offering has more than doubled in size and now includes girls’ shoes and a much broader assortment, including sandals and boat shoes, retailing from $40 to $60.

“We’re hoping the Earthkeepers message resonates with kids,” McElroy said. “With all the exposure to the idea of sustainability that they’re getting from school and the media, they’re really becoming green warriors. It’s key that we start that relationship at a young age and hopefully continue to grow them as green consumers.”