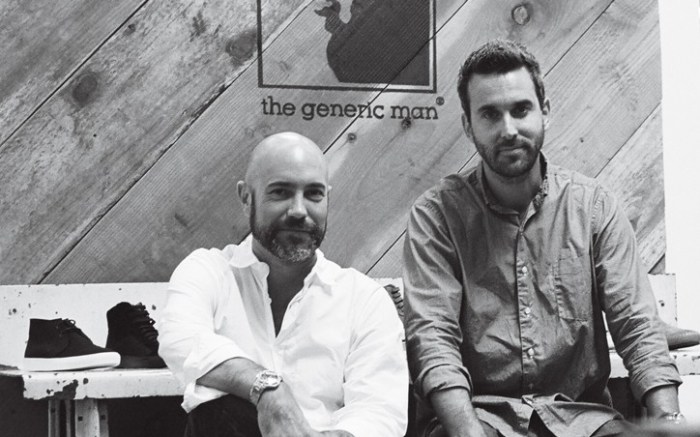 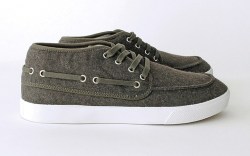 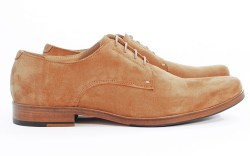 The duo debuted the handcrafted Generic Man footwear line in 2006, with retail prices ranging from $300 to $400, for adults looking for a more sophisticated casual shoe. But as the recession hit, such prices appeared to be too high for savings-minded consumers. So Carney and Day created Generic Surplus in 2008, an understated sneaker line with more accessible prices.

Success was almost immediate. The brand bowed exclusively through Urban Outfitters, with additional retailers signing on a few months later.

Now Generic Surplus is sold in 300 stores, in the U.S. and 25 other countries. “We really [focused on] Surplus last year and worked on opening retailers in the U.S. as well as global distribution,” Day said, adding that the brand’s sales have grown to about $3 million this spring from $60,000 the first season.

The founders have managed to generate more buzz through a spring ’11 collaboration with Japanese brand Comme des Garçons. Two styles were designed under Generic Surplus that will be sold through the fashion label’s sales channels. “Collaborations with a name like Comme des Garçons elevates Generic Surplus,” Day said. “Working with a global brand like that really opens us up to a lot of people.” (The brand also has an ongoing collaboration on a shoe and tote through hip hotel chain Ace Hotel.)

For retailers, the newer line has been helpful in the troubled economy.

Alameda, Calif.-based retailer District began carrying Generic Surplus for the first time this fall. “We picked them up because they fit with a lot of the trends we saw: minimal, plain and casual looks,” said Matt Wong, co-owner of District.

Though lower prices have helped most of the brand’s retailers, Generic Surplus still has room to improve, according to Rick Lee, co-owner of Soula Shoes in Brooklyn, N.Y. “We picked up [Generic Surplus] in its first season because we liked the styling and the prices,” Lee said. “The design got a little stale so we stopped carrying them [this fall], but I wouldn’t be opposed to picking them up again down the road.”

Carney acknowledged that mass producing the line in northern China has been a big change from what he and Day established with Generic Man. “For Surplus, we’re looking at a completely different way of building a shoe,” Carney said. “You immediately have volume parameters set when you’re designing into it, so you have to take into consideration that it has to be made in big numbers.”

Still, the compromises have meant that the pair now have the means to finance their initial collection.

“Generic Man is being really well received [again],” said Carney. “I don’t think people are afraid of the price point as much anymore.”

That brand is still manufactured by hand in a 100-year-old factory in Portugal from Spanish and Italian materials. And through Generic Man, Carney said, he is able to play more with design.

“As a brand, we can experiment more with a handcrafted collection using all these different soles and not dealing with minimums in any shape or form,” he said. “[We can] make whatever we truly want to make.”

Distribution for Generic Man is being kept selective, said Day. “We picked our key accounts and focused on them to keep the higher-end position the right way,” he said. Generic Man is carried in 25 doors worldwide, including Barneys and Saks Fifth Avenue.

Day added that in 2011, they hope to have Generic Man in more doors in Japan.

So what’s next for the Generic business? The founders said they are focused on building up their women’s line, which launched in fall ’08. Like the Generic Man men’s styles, the women’s collection will retail in the high-end range. And though the styles will only be in five accounts worldwide this fall, Day said plans are in the works for growth.

“Women’s is going to be a lot more prominent for the brand starting next spring,” Day said. To help sell the line for that season, the brand set up a women’s-only showroom in New York and Italy. Day and Carney are also working on establishing a key retail partnership in Japan for the women’s shoes.

“There’s already a strong philosophy behind creating these classic, monochromatic, refined lines,” Day said. “We want to move forward with what we’ve been doing.”