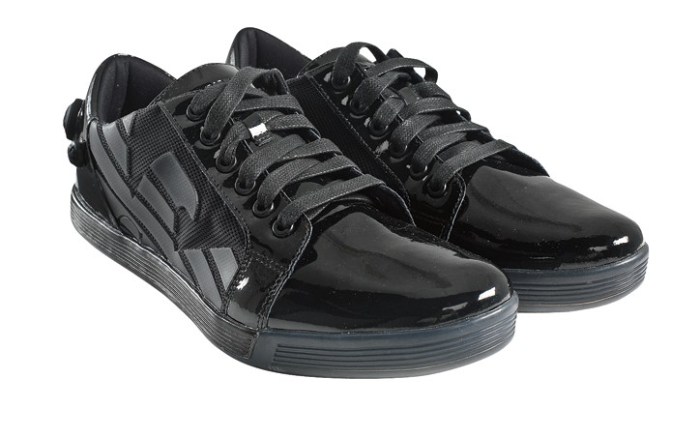 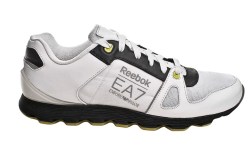 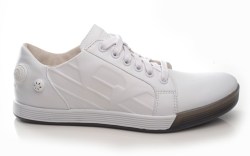 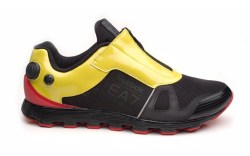 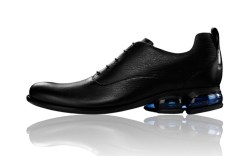 >> Sleek Stuff
Armani is ready to Pump it up — most notably Reebok. Footwear News got a first look at the unisex footwear line created by Reebok in collaboration with Emporio Armani. Shoe styles (four with Emporio Armani at $175 to $450; two with the brand’s activewear label EA7 at $150 to $165) will launch globally at Reebok.com and select retailers in July. All styles incorporate Reebok’s marquee technologies — Hexride, DMX Mega Cushioning and the iconic Pump, among others. According to Daniel Gottschall, head of the Reebok/Armani collaboration, all are part of the sleek styles, which are “meant to be worn on the field of play.” Will we see Armani-ized versions of Zigtech and Easy Tone? Gottschall was mum on the details, but we wouldn’t be surprised to see it. To view the full collection, visit footwearnews.com. Jennifer Ernst Beaudry

>> Live From New York
Walking through the John Varvatos Bowery boutique in New York City during any night of the week might now feel like a Saturday night. The designer is showcasing photos by Mary Ellen Matthews, the photographer for “Saturday Night Live.” The photographs include a wide range of hosts and musical guests — everyone from John McCain to U2 to LeBron James to Alec Baldwin. This is the first time the photographs will be viewed by the public and the exhibit will run through Aug. 3. Kristen Henning

>> Build a Bag
Footwear brand Fratelli Rossetti is going custom. The Italian company is bowing the Elisa, a build-your-own handbag for fall ’10. The tote is available in single colors or customers can choose to create their own look from more than 50 color and material combinations — from pony to suede and tan to turquoise. The bag also features a welt signature, as a way of still including a piece of the footwear world. Elisa is available in two sizes and will retail for $1,200 at Fratelli Rossetti boutiques worldwide. K.H.

>> Winner’s Circle
Footwear fanatics and aspiring designers had the opportunity to show off their talents with the latest design competition, hosted by Vince Camuto. As of last week, 520 submissions were received and more than 80,000 votes were cast. The competition lasted for three months and the finalist, who will be announced within the next few weeks, is chosen by Vince and Louise Camuto and an editor at Lucky magazine. The winner will also have the opportunity to travel to New York City and meet with Vince Camuto, before having his or her design created by the production team and showcased on Vincecamuto.com. K.H.