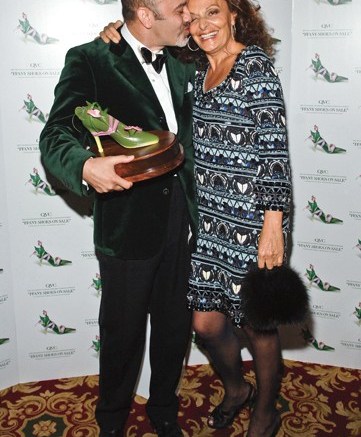 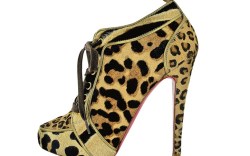 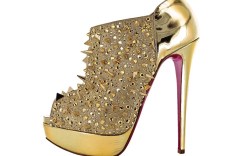 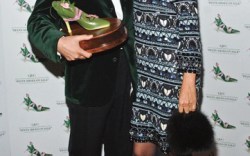 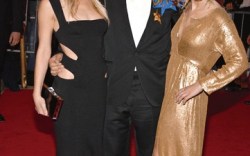 Even in a year when high-end retail struggled to recover, Christian Louboutin’s signature glamour was the force to be reckoned with. His unique grasp of luxury consumers of all ages was never more obvious than in 2010. While other designers were forced to cut staff and reduce their retail footprints, Louboutin expanded his red-soled empire across the globe.

The Footwear News Person of the Year raised the bar at a critical time in the luxury category, and the efforts have clearly paid off.

The designer himself admits that 2010 marked an important year of transition, when the brand went truly global with store expansion and new distribution. “The reality is that I now have a COO who is really organizing everything, and that definitely makes a difference,” Louboutin told FN. “But at the end of the day, it’s because the shoes are selling.”

In the last 11 months, the designer opened 12 stores in cities including Beirut, Dallas, Dubai, Jeddah, Madrid and Tokyo. According to COO and GM Alexis Mourot, the company saw double-digit growth this year, and retail sales exceeded $250 million for the year ending August 2010.

Despite his super-stardom, Louboutin remains humble, unconcerned about money and the trappings of fame. “I do what I do because I love it. I’m not doing it to make money,” said the designer over a breakfast of buttered crumpets and English Breakfast tea in London last month. “It has ended up being a [successful] company, and I’m not going to say it isn’t pleasant to make a living from your work, but my goal has always been to design pretty shoes and to see them on people who like them.”

No one likes Louboutin more than the luxury retailers who have cashed in on his fame. Even during the recession’s darkest days, the success of the brand left them thirsting for more of it.

“Christian’s red soles are a stroke of genius and the icing on the most delicious gateaux,” said Jonathan Joselove, SVP and GMM at Neiman Marcus. “His talent and his shoes have delighted us for years. Most important, his shoes have thrilled our customers, season after season.”

At Saks Fifth Avenue last month, 8,000 consumers voted his Maralena shoe the year’s sexiest in a contest sponsored by the department store and FN.

“He stands apart because of his innovation in design and originality with use of materials,” said Tracy Margolies, VP and DMM of women’s footwear for Saks.

While he’s been making some serious noise for the past several years, Louboutin built his business quietly for the first decade. He opened his first flagship Paris store in 1992. Early on, in New York, he showed his shoes above Diane von Furstenberg’s studio on 12th Street, and she has since become a mentor.

“My second career and his first started at the same time,” said von Furstenberg. “Christian is like my younger brother. We talk, we travel together, we have the same partners in places like Russia, we are friends and soul mates and I adore him. He is talented, incredibly smart and curious and also competitive. His success is no accident: He has clarity and is talented and intelligent.”

For his part, Louboutin credits von Furstenberg with helping him develop his brand’s direction. “She’s very specific on shoes,” he said. “She gave me very important advice: She told me I should always have classics. I was always changing the collection and never thought about classics that go back to previous collections. She was the one to say, ‘You have to do classics. You have them, why do you get rid of them?’”

It was with the addition of Louboutin’s second New York store, at 59 Horatio St. in November 2004, that his U.S business really took off. In an interview with FN in 2005, Louboutin said the shop gave him greater exposure to a younger, hipper customer.

The store locations reflect Louboutin’s long-held interest in far-flung places. As a boy in France, he would pick up brochures and books from a nearby travel agency and plan imaginary trips. Now, his genuine enthusiasm for people and places has made the designer a big hit with his international accounts.

“He always manages to take time to explore, is very familiar with parts of China and Indonesia and has made great friends in these places,” said Peter Harris, president of Pedder Group.

“The fact that he has fun shows up in his shoes,” said Erin Mullaney, buying director at Browns in London. “There’s a sense of playfulness in the collection. Also, unlike some other designers, he is happy to be the face of the brand and enjoys it.”

But you won’t find Louboutin clamoring for the spotlight.

“The type of celebrity I am — if you can call it celebrity — is perfectly easy [to live with],” he said. “When people refer to your name, it is totally different [than recognizing me]. I would really have a hard time having the kind of celebrity that actors do, where people are stopping you all the time. It’s not about me; it’s about the shoes.”

That mindset has only increased his appeal in Hollywood.

“There is no one like him,” said Gwyneth Paltrow. “His shoes are playful, sexy and full of joy.”

And though he doesn’t go out of his way to court the famous, Louboutin considers his popularity to be extremely rewarding. “I take a lot of pride in the fact that with all the choices in the world, celebrities still choose my shoes,” he said. “Shoes are objects of desire. I’m not going to throw tons of shoes at someone so that they’ll wear them. [The desire] has to come from the person.”

So what does the future hold for the designer? On that topic he is non-committal: “There may be a moment when I get fed up and want to try something else, which I can completely conceive. My impulses are very important to me. I never say no forever, but I never think that a yes is forever either.”