FN Shoe Star: Where Are They Now? 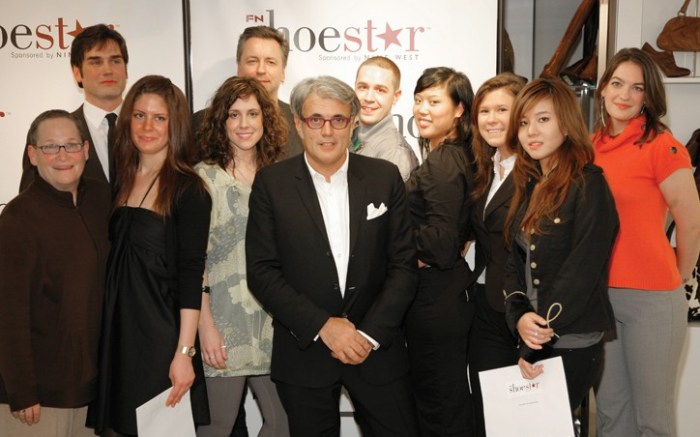 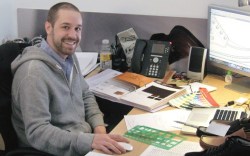 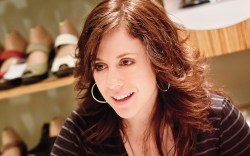 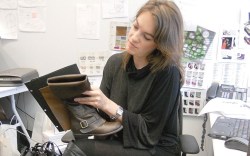 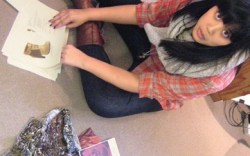 It was the ultimate job interview.

The first season of FN Shoe Star, held in spring ’08, pitted seven top Fashion Institute of Technology students against each other in a series of grueling challenges that tested their ability to think outside the box and create innovative designs.

In the end, Melanie Maggio nabbed the title of FN Shoe Star and was hired as a junior designer at Nine West. But all the competitors said the contest helped prepare them for an even tougher test: the real world.

Here the seven former contestants, all of whom work in the fashion industry, discuss their FN Shoe Star experience and tips for competitors in the upcoming second season.

Biggest lesson learned from the contest: “Confidence. After you speak and present your ideas to some of the most successful and influential designers in the industry, a job interview just isn’t quite as stressful. Learning how to voice your ideas and back them up in a professional and understandable way is a huge part of being successful in this business.”

Favorite thing about the industry: “It is so small, and it’s generally relaxed. Self-expression is accepted and I don’t have to wear a suit. That was one thing I never want to do —wear a suit every day to work.”

Most surprising part of the business: “Even after my first year, the spider web of connections that I made was insane. Everyone knows one another.”

His 10-year goal: “I have so much to learn that I have no idea. I don’t want to be a designer my whole life because that is just a small part of the whole process. Life throws you curve balls [and] you have to take it as it comes. I feel like planning 10 years ahead is just setting yourself up for something that in a year could not be feasible or something you even want.”

Advice for the new contestants: “Don’t be malicious and sneaky. The other contestants could be your future co-workers, and remember who’s going to be watching this. Other than that, just try your best and stick to what interests you, but don’t pigeon-hole yourself into one style or motif. Having some versatility in your designs makes you a more valuable asset.”

Biggest lesson learned from the contest: “Not to let someone’s opinion of you break down your self-confidence and motivation to succeed. There will always be people who will criticize your work, but at the end of the day, you’re the only person who can turn that criticism into fuel to drive you to the next level. After Shoe Star, I learned I can set out to do just about anything and succeed.”

Favorite thing about the industry: “Working in women’s comfort footwear, the most rewarding part of my job is meeting women who say our shoes have changed their lives.”

Most surprising part of the business: “Everyone knows everyone in footwear. I heard that the industry was small, but I didn’t know it was this small.”

Her 10-year goal: “I hope my career will have taken me through the ins and outs of the business enough by then that I will be able to start my own company. I definitely want to be in business with my brother, Ryan. We make a great team.”

Advice for new contestants: “Prepare yourself. Know exactly who your customer will be for each shoe, the environment in which they will wear it, the price point and where it will sell. Walk into every challenge with confidence. Not everyone will love what you do, but it’s still yours to own it.”

Biggest lesson learned from the contest: “Speaking to world-renowned designers such as Giuseppe Zanotti, Badgley Mischka and Stuart Weitzman helped me learn how to communicate and voice my creative ideas in detail.”

Favorite thing about the industry: “There’s always something new. … You never know what’s going to come next.”

Her 10-year goal: “I still see myself working in the fashion industry. I may have a family and children, but I don’t think I’d be ready to give up one of my biggest passions, at least not in 10 years.”

Advice for new contestants: “Just be yourself and put all your creativity forward. Don’t hold anything back. After all, you have one shot and a great opportunity … so now’s your time.”

Biggest lesson learned from the contest: “The most valuable lesson I learned is to be honest with myself and to speak up.”

Favorite thing about the industry: “I have the power to influence people in some way.”

Most surprising thing about the business: “[I didn’t know] how insane it could get. I have no social life or my own time. I am stuck in China for Thanksgiving. I have to cancel my trip to London for work and the funny part is, I’ve successfully convinced myself it is my gain because I get to have this opportunity to learn a lot of things.”

Her 10-year goal: “[I see myself] having my own brand [and being] my own boss. The most important thing is I will be traveling around the world.”

Advice for new contestants: “Stand by your design and ideas. Never back down or be embarrassed. Most important, remember you can never please everyone. Please yourself first.”

Biggest lesson learned from the contest: “I learned the importance of designing with a specific customer in mind. I now make sure I take the time to research the market and the trends to help guide me when designing.”

Favorite thing about the industry: “I’ve found a real balance in this career of creativity, analytical thought, teamwork and action.”

Most surprising part of the business: “I’ve been surprised by how small the footwear world is. Everyone knows each other and the longer you work in the business, the more you get to know everybody.”

Her 10-year goal: “Hopefully in 10 years I will be the driving force behind designing and developing my own collection.”

Advice for the new contestants: “Get out there as much as you can. Remember that at the end of the day, fashion is a business. The product must sell. So as nice as it is to be creative, you also must stick to what’s relevant. Shop. Go to the stores and make your own assessments of what’s going on in the market.”

Biggest lesson learned from the contest: “[Whether] you win or lose doesn’t matter. At the end of the day, if this is what you really want, then you’ll work your butt off to get there.”

Favorite thing about the industry: “I love how small it is. It starts to feel like a family after a while. You see the same people every month or so at the shows, in stores shopping and even at your hotel in China and it’s good to know you’re not the only one living this crazy schedule.”

Her 10-year goal: “I could be doing my own thing or heading up someone else’s line. There are so many possibilities in this industry. Let’s just say, two-and-a-half years ago, I didn’t think I would be where I am now, so I don’t want to [choose] so soon.”

Advice for the new contestants: “Have lots and lots of fun. Work and play come hand in hand. If you’re still smiling at the end of an 18-hour sketch-a-thon, then it was all worth it.”