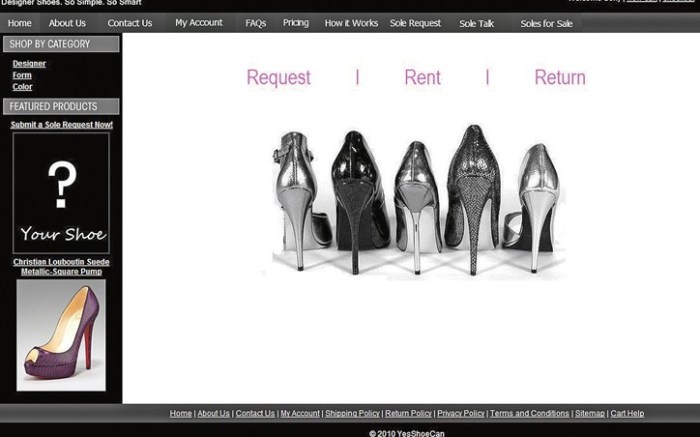 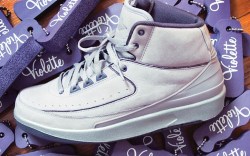 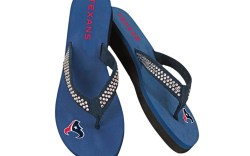 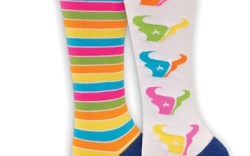 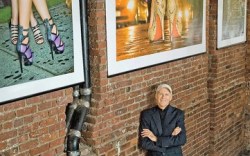 For Rent
The YesShoeCan website is offering consumers a way for the thrifty to acquire designer shoes. Members of the online rental service can borrow high-end styles by the likes of Christian Louboutin, Dolce & Gabbana and Prada for up to 14 days. According to founder Sony Shah, what separates her site from other rental services is its Sole Request feature: Members can request a shoe that is not in YSC’s closet, and the firm will acquire it within 10 days. “We want to keep the inventory fresh and keep shoes that are in style going,” Shah said. The YSC website also has a section devoted to the latest trends in shoes. Rebecca Bloomwood, the in-debt main character from the film “Confessions of a Shopaholic,” inspired the new business, said Shah. “[Bloomwood] had a great closet [of shoes] and I wanted that, but I didn’t want the amount of credit-card debt she had,” she said. “I thought it would be great to have something like BagBorroworSteal.com, but for shoes.”

Air Vashtie
The Jordan Brand has its first female collaborator. Vashtie Kola, the New York-based artist, fashion designer and music-video director, has teamed up with the brand for a lavender makeup of the Air Jordan II. Though not an avid follower of basketball herself, Kola said she’s always been obsessed with the sneaker line. “I don’t watch sports, period,” she said. “I’ve never watched Michael Jordan play a game a day in my life. Without any of those factors, the Jordan Brand has still etched its presence in my head as the kingpin in athletic footwear.”

LADIES’ CHOICE
The NFL is getting in touch with its feminine side. The league announced a new campaign called Fit for You that features team apparel and accessories styled for the female fanbase. For Bare Feet Originals has been tapped as the licensee to create a line of bedazzled flip-flops in team colors, as well as a collection of socks. As part of the new campaign, a webisode series will launch on NFL.com/women this season, featuring Christy Cooley (wife of Washington Redskin Chris Cooley), October Gonzalez (wife of Atlanta Falcon Tony Gonzalez) and Lena Ward (wife of Indianapolis Colt Pete Ward).

HOT FOR HEELS
Photographer James Roderick is fascinated by women in heels. His photo installation, “Hot Heels & Cool Cobblestones,” at New York’s Revel restaurant, is the result of five weeks spent in New York’s Meatpacking District, taking pictures of women’s exotic-looking stilettos. The photographer likened the experience to shooting wildlife. “It was like photographing tropical birds,” he said. “Sometimes they’re very colorful and sometimes they’re like a murder of crows, all black.” All photographs were shot at ground level, with Roderick either laying flat on the street or sitting on the curb. “Hot Heels & Cool Cobblestones” is on display through Oct. 10.