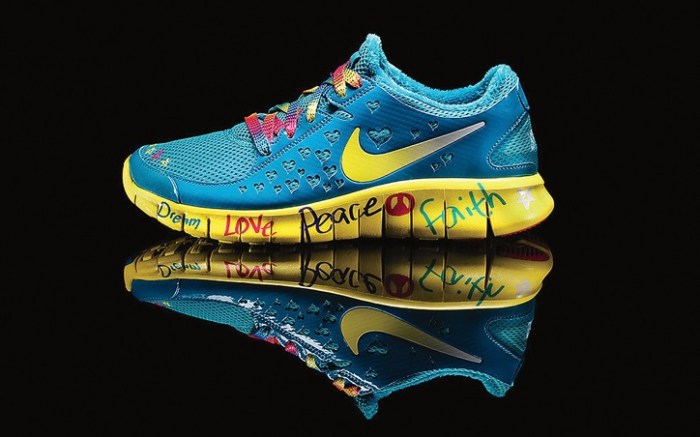 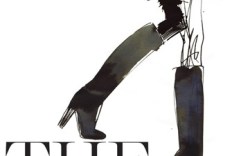 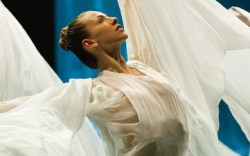 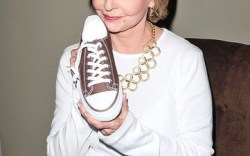 Kids at Portland’s Doernbecher Children’s Hospital got to try their hand at sneaker design again for this year’s Doernbecher Freestyle project with Nike. Six children battling serious illnesses were selected to create personal renditions of Nike sneakers. Patient-designer Cole Johanson used his passion for food to create a new interpretation of the Air Jordan III. “There are little hidden details [in the shoe] that speak directly to Cole’s love of pasta and his love for chocolate,” said Johanson’s mentor and Jordan Brand designer Jason Mayden. “My favorite part of the final product is that [all the proceeds] go to the hospital.” Now in its seventh run, the collaboration between Doernbecher and Beaverton, Ore.-based Nike has already raised more than $2.4 million for hospital programs. All six products will be sold for $75 to $160 at Niketown locations and online during the holiday season. Gerald Flores

Author Bradley Quinn wants to give everyone a history lesson in boot-ology. His glossy new book, called “The Boot,” is dedicated to the styling and evolution of the iconic footwear. Chapters include “Slick Surfaces,” which investigates boot materials and their symbolism, and “Warrior Women,” which looks at how designers are fascinated by superheroes and women in battle. Filled with archival photographs and illustrations, the book features designers Manolo Blahnik, Christian Louboutin, Sergio Rossi, Alexander McQueen, Marc Jacobs, Christian Dior and Jean Paul Gaultier. It goes on sale Oct. 30 at fine bookstores for $40. G.F.

Italian ballet is making its way to the Far East, courtesy of Tod’s Group. Through a partnership with Italian opera and ballet house Teatro alla Scala, the fashion brand will premiere its film “An Italian Dream” in Tokyo and Beijing at the end of this month. Directed by Matthias Zentner, the movie features 13 performers using ballet to interpret the different steps involved in making a Tod’s product. The brand announced a year-long partnership with the 232-year-old opera house last month. “An Italian Dream” debuted during Milan fashion week and can be seen online now at Tods.com. G.F.

After a long day of working the dance floor, celebrity contestants and professional dancers of the TV show “Dancing with the Stars” recently got to try some new shoes for their busy feet. Cast members Florence Henderson (above), Bristol Palin and Kyle Massey and pros Mark Ballas, Lacy Schwimmer and Louis Van Amstel tested out Zipz, a new sneaker with interchangeable covers that zipper on and off. The line, which retails for $15 to $80, is producing its second collection for spring ’11. The selection, called Back Alley, will be available online at Zipzshoes.com and in independent stores including Mac & Madi in San Clemente, Calif.; Douze Shooz in Tustin, Calif; and Arciuolo’s in Milford, Conn. G.F.