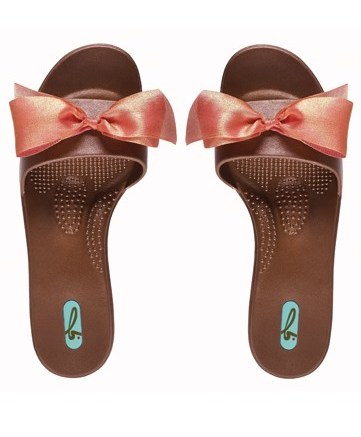 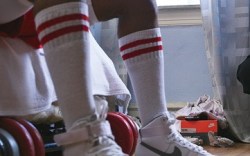 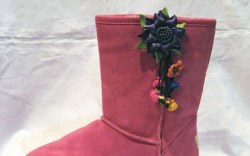 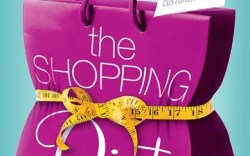 Just Cause
Recyclable footwear manufacturer Oka B. is hoping to give some comfort to cancer patients during Breast Cancer Awareness Month. The Buford, Ga.-based company will donate a pair of its Madison Slide spa sandals to women battling the disease in treatment centers across the U.S. for each pair of its shoes sold online during the month of October. With price points ranging from $20 to $40, Oka B.’s aim is to donate as many as 50,000 sandals. Customers can purchase Oka B. shoes and help the brand reach its goal by visiting Shoesthatloveyou.com. — Gerald Flores

Airing History
Director Thibaut de Longeville and Nike have teamed up for the film “Air Force 1: Anatomy of an Urban Legend.” The feature-length documentary explores the story of the brand’s iconic basketball shoe — the No. 1-selling sneaker in the history of athletic footwear — and its impact on urban culture. Narrated by rapper KRS-One, the film features commentary from Nike designer Bruce Kilgore, and collaborators Bobbito Garcia and DJ Clark Kent. “Air Force 1” will premiere during basketball events in Turkey and China in the upcoming months, and a DVD release is slated for 2011. Longeville also directed the 2005 sneaker documentary “Just for Kicks.” — G.F.

Snap On
In today’s economy, everyone wants to stretch their footwear dollars. To make it easy to update last year’s boot looks, entrepreneur Marge Toltzman and her daughters, Robin Roberts and Ricci Wheatley, have launched Boot Beau, a series of artisan leather ornaments that clip on to any boot shaft. The 70-style collection includes a variety of floral designs (at right on a Bearpaw boot), as well as butterflies and peace symbols. All are done in rich, color-infused leathers and suedes, in a range of brights and neutrals. According to the mother-daughter team, the ornaments also can add some pop to shoes and bags. Sold individually, the ornaments are available through sales@bootbeau.com and will retail from $14 to $32. Delivery is set for October. — Barbara Schneider-Levy

Book Smart
Fashion stylist Phillip Bloch is trying to get everyone on a diet — though not of the food sort. Bloch’s book, “The Shopping Diet,” was written to help people become “emotionally wiser and economically wiser” when it comes to shopping, according to the author. The tips come from Bloch’s experience working as a stylist for the likes of John Travolta and Sandra Bullock. The $15 book also includes a 41-page shopping index. In addition, the author, who is known for his appearances on VH1, CNN and E!, has a licensing deal with DSW in the works. — G.F.