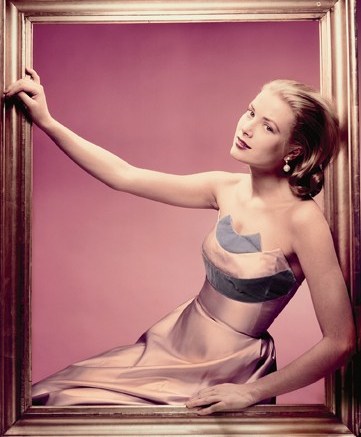 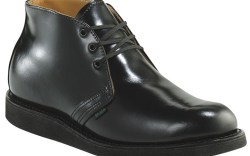 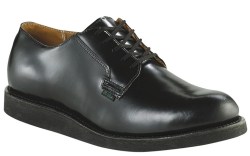 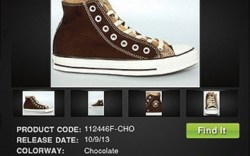 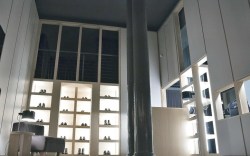 >> Style & Grace
To celebrate Grace Kelly’s life as an actress, princess and fashion ambassador, London’s Victoria & Albert Museum is housing a new exhibition, “Grace Kelly: Style Icon,” through Sept. 26. Using the late princess’s wardrobe, on loan to the V&A from the Palais Princier in Monaco, as well as private lenders and the Balenciaga Museum in Spain, the show examines her glamorous Hollywood image and enduring appeal. Featured are pieces from Yves Saint Laurent and Coco Chanel and four pairs of shoes (including lacy pumps by Evins Shoes) worn by Kelly in the 1956 movie “High Society.” “She understood how to make a good photograph and accessorized carefully,” said exhibition curator Jenny Lister, who noted that three pairs of unbranded shoes in the exhibition were thought to have been bought by Kelly in France and the U.S. Elisa Anniss

>> Special Delivery
The U.S. Postal Service may be in the red these days, but Red Wing Shoes’ lifestyle division is bringing back better days with the fall launch of its Postman Collection. Inspired by authentic service looks from the company’s 1954 archives, the pair of men’s styles includes the Postman oxford (below, at right) and the companion chukka (below, at left). Keeping true to the original designs, the relaunched series features classic details, from the eyelets to the outsole. Dan Dahl, senior director for lifestyle at Red Wing, said the company resurrected the look due to requests from the Japanese market, a loyal fan of the Red Wing brand. “Our core following there had been asking for it for years,” he said. Set to hit stores in October, the shoes retail for $220. Barbara Schneider-Levy

>> Sneaker Mania
Love kicks? Got $3.99 and an iPhone? The sneakerheads at Nilo Media Corp. have an app for all of your footwear needs. MySneakers — which launched earlier this month in Apple’s iTunes Store — offers sneaker fans a one-stop guide to the world of sneakers. Users can browse a database of new kicks, rate their favorites (or look at the shoes picked by staff members) and publish their results directly on Facebook or Twitter. The app also connects sneakerheads with stores near them that carry the shoes they covet. Jennifer Ernst Beaudry

>> Free Spirit
The Sergio Rossi brand is channeling its inner architect with the launch of a pop-up store, an initiative that so far is exclusive to Milan. The opening, which took place earlier this month, coincides with the city’s furniture fair and was inspired by the “Sergio Rossi man,” known for being independent and free-thinking. Antonino Cardillo was the creative force behind the space, fueled by the concepts of architect Gio Ponti and Milan’s famed Velasca Tower. The store is housed in an existing location with vaulted ceilings, which gives a cathedral-like feel. Its product displays are similar to that of a theater set, with the spring ’10 men’s collection, designed by brand creative director Francesco Russo, lined up on pillars. The project is a collaboration with fashion magazine Wallpaper. Kristen Henning