FN Picks: Fashion at the Museums 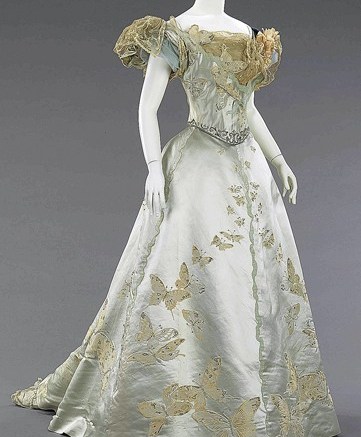 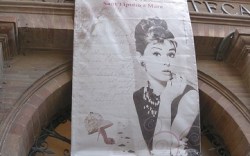 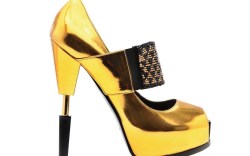 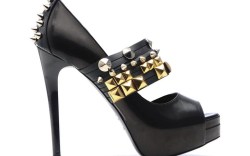 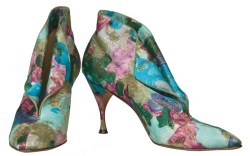 >> Showing Off
The runway season may be drawing to a close, but several museums around the world — from New York to Italy — are still paying homage to fashion’s incredible impact, dedicating exhibitions to a variety of designers over the decades. At the Metropolitan Museum, The Costume Institute will present “American Woman: Fashioning a National Identity,” which explores fashion as a form of expression. The show has gathered looks from 1890 to 1940 that represent perceptions of the American woman over the years and express the style revolutions and archetypes of American femininity. With more than 80 examples of haute couture, the collection will flow almost like a time line, beginning with the “Heiress” gallery, featuring hand-painted panoramas of ball gowns from the 1890s. This is the first display culled from the Brooklyn Museum Costume Collection, which is now housed at the Met, and it is set to open May 5 and continue through Aug. 15. Kristen Henning

>> History Lesson
After 90 years of helping women accessorize their outfit with the perfect pair of heels, Delman Shoes is showcasing a bit of its historic collection at The Museum at the Fashion Institute of Technology. “Scandal Sandals and Lady Slippers: The History of Delman Shoes” begins tomorrow and runs through April 4 and includes about 50 shoes, dating from 1926 to 2007. Also on view will be an overall history of the footwear brand, marked by its advertising materials and illustrations, as well as work from Delman’s creative partners over the years, including the famed Roger Vivier and Herbert Levine. K.H.

>> Ruthie’s Return
Designer Ruthie Davis is going back to her roots. The native of Connecticut is the subject of an exhibition at the New Britain Museum of American Art in New Britain, Conn., called “Ruthie Davis Shoes: Couture, Futuristic Design.” Running March 19 to June 20, the display shows how Davis, who has gained a following of well-known musicians such as Lady Gaga, Beyoncé and Alicia Keys, finds inspiration from architecture, modernism and future technology. It also looks at her love for 1960s Italian cinema and comic books. The exhibition will feature more than 40 shoes from Davis’ line, as well as original sketches by Davis and images of celebrities decked out in her styles. K.H.

>> Italian Fair
For footwear aficionados visiting the legendary Marche region of Italy, the quaint town of Sant’Elpidio a Mare offers an afternoon of sole searching at the Cav. Vincenzo Andolfi Footwear Museum. Opening its doors in 1998, the museum was established to promote awareness of the footwear heritage of the small medieval town. It conserves thousands of items, including shoes, lasts, machinery and tools. Divided into three sections, exhibits include “The Footwear Industry of Marche,” which features original designs by students of the Regional School for Footwear Operatives; and “Shoes of Famous People,” with footwear belonging to key figures such as Pope John Paul II and many athletes and celebrities. There’s also a collection of key pieces from around the world from Cav. Andolfi, the museum’s main promoter. Electra Bove