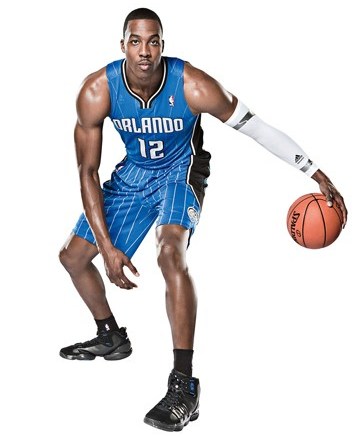 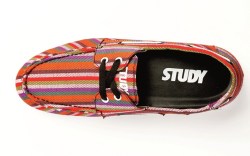 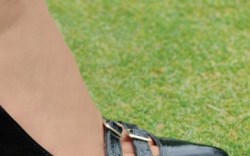 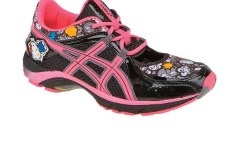 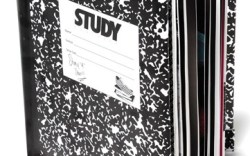 Courting 30
NBA players will have a new look on the court this season. Adidas, the league’s official outfitter, unveiled the Revolution 30 uniforms last week, which will be worn by all 30 teams. The brand says the new jerseys are 30 percent lighter than last year’s and are made from 60 percent recycled materials. Among the changes: The material that makes up the player’s number was switched from a heavier fabric to a breathable mesh. The uniform is the result of four years of research done by Adidas. More than 200 professional basketball players tested the garments in practice and during the 2009 NBA All-Star game in Phoenix. The final product was officially debuted during this year’s NBA All-Star game in Dallas.

Cool for School
Stampd’LA designer Chris Stamp is looking to motivate young minds. To accompany his Study footwear collection, which retails for about $50, the designer has launched “Study for Shoes.” The program takes part of the proceeds from sales of Study merchandise and produces branded stationery and art supplies that are donated to inner-city students. A design contest for art students was also launched nationwide. “Study for Shoes” contestants were asked to design their own Study sneaker, in which the winning design is produced by the brand.

Perfect Ideals
Idealheel is giving women a way to extend the life of their stilettos. The Austin, Texas-based company, which launched this year, designs rubber covers that protect heels from scuffs and hide previous damage. The product also keeps heels from sinking into grass at outdoor weddings and parties, and guards them from pesky urban obstacles such as street grates and cracked sidewalks. The shoe accessories, which retail for $13, are offered in three colors — black, brown and clear — and come in two heights: medium (2 to 3 inches) and high (3 to 4 inches). A high-rise size, for heels of 4 to 5 inches, is in the works.

Hello Kicks
Asics and Sanrio joined forces for a special collaboration. To celebrate Sanrio’s 50th anniversary, Asics will release a special make-up of its Gel-Euphoria shoe this fall. The sneaker will feature characters from the Hello Kitty, My Melody, Batsumaru, Little Twin Stars and Kerroppi brands, the first time the characters have been combined on the same product. The 50th anniversary Gel-Euphoria hits shelves on Nov. 15 at Sanrio boutiques and Sanrio.com. The product also will be accompanied by a shoe bag with matching Sanrio graphics, retailing for $150.