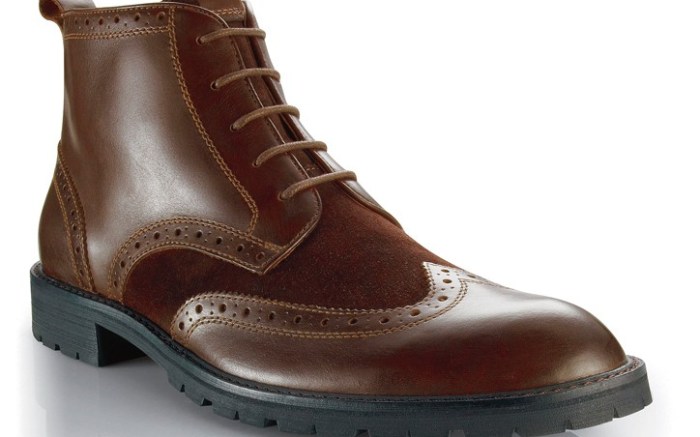 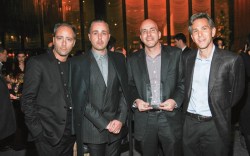 Building on the success of its Florsheim by Duckie Brown line, the century-old men’s footwear brand is launching a new collection for fall — Florsheim Limited Edition — in hopes of picking up a new, younger customer base. And to help promote it, Florsheim will bow a pop-up shop in New York in September.

“Florsheim Limited Edition is going to be a bridge between our core product and what we are doing with Duckie Brown,” said Tom Florsheim Jr., chairman and CEO of Weyco Group Inc., parent company of the Florsheim brand. “We see this as a way to move the brand forward.”

The new line features 12 styles for fall, including a boot group, a waterproof selection and other dress-casual looks. It will retail for $110 to $160.

Designed by the Florsheim team in Milwaukee, Wis., Limited Edition takes some cues from the Duckie Brown line created by Daniel Silver and Steven Cox in fall ’09.

“The Duckie Brown [collaboration] proved to us that Florsheim can play to a much more fashion-forward customer, different from our core base,” said Florsheim.

“But those shoes are fairly pricey in our world, so we thought about what we could do that references Duckie Brown, hearkens back to our core and will work well in the independent environment.”

Retailers such as Orva Shoes, Zacky’s and Shoegasm in New York and The Tannery in Boston have already picked up the collection.

“We carried Florsheim in the past, but we got out of it because of slow sales,” said Elliot Eaizer, president of Orva Shoes. “We always said we would be [interested in] a fresh start if we felt the product was right again. So when they came to me with this, there was no doubt it’s a fresh look. And we’re always looking for that in men’s.”

Florsheim is also taking the opportunity to offer all of its product lines in its own shop for the first time. The pop-up shop, planned for six months in the Soho neighborhood of Manhattan, will sell a pared-down selection of the core line, as well as the full Limited Edition and Duckie Brown collections.

Such a mix requires a new store concept, explained Florsheim.

“Our [current] Florsheim shops are pretty cookie cutter,” he said. “Where we have been was fine for when we were selling classic dress shoes, but now that we are [evolving], we need something different.”

To achieve the right look, the company has partnered with Paul Birardi and Eddy Chai, owners of New York men’s retailer Odin, to design the concept for the pop-up shop.

“When Ed and I set out to do a store, it’s always in the back of our minds that we want to create an environment that you want to be in, even if you don’t have the desire to shop at that moment,” said Birardi. “[This project] is really exciting, and we are looking forward to doing it.”