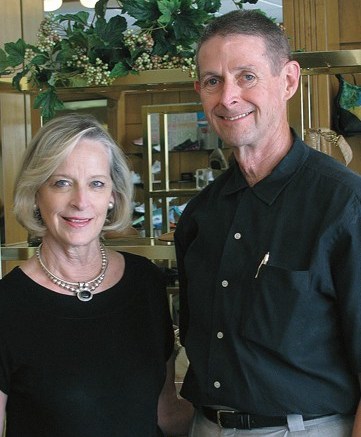 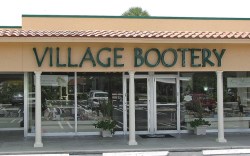 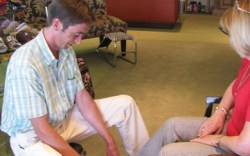 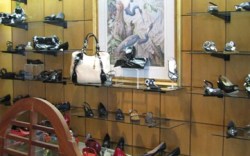 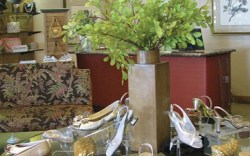 When honeymooners Deb and Tom Schuemann headed to Florida back in 1968, they had more than romance on their minds. The two were on their way to join the family business, Village Bootery, owned by Tom’s parents.

Tom grew up working in the store, which was formerly located in Indiana, and Deb worked in retail during college. They quickly realized it was a good fit and bought the business. Now, the next generation is on board, including sons Benjamin and Christopher (below) and daughter-in-law Lisa.

Today, Village Bootery boasts two locations. A 3,800-sq.-ft. store in Stuart, Fla., attracts a local crowd seeking comfort brands, as well as the services of a staff pedorthist. And a 3,300-sq.-ft., fashion-oriented sister location in the upscale village of Tequesta in Palm Beach County caters to a resort customer.

While South Florida has been hit hard by the recession, Village Bootery has managed to beat the odds, showing a year-to-date increase of 10 percent. “We’ve fought for every single customer,” said Deb Schuemann (at left, with Tom), noting that the store has marketed itself heavily, routinely advertising on local radio and cable TV, as well as reaching out to customers on the phone during seasonal lulls.

THE RIGHT MIX
Village Bootery has a split fashion personality between its two stores. The Stuart location has a fine-tuned comfort assortment that includes Ecco, Mephisto, Munro, Naot, New Balance and Magdesians, in addition to therapeutic lines such as Acor, Aetrex and P.W. Minor. Prices range from $75 to $150. Although comfort is key at that store, Deb Schuemann said, “We still give customers pretty things. We’re not about earthy comfort.”

The Tequesta location (at left) focuses on fashion lines such as Attilio Giusti Leombruni, Cole Haan, Donald J Pliner, French Sole and Stuart Weitzman. A sprinkling of comfort lines round out the offering.

This store draws a clientele that is still willing to spend in a down economy. For example, Schuemann said, last month a customer bought two pairs of Stuart Weitzman shoes at $450 each at a time that is usually very quiet for the store. “It was the dead of summer,” she said.

In addition to footwear, about 10 percent of sales at Village Bootery are from handbags, at average price points of $300 to $600.

SERVICE ISSUES
A commitment to routinely fitting customers has become the stores’ signature. The approach has given the owners an edge over e-tailers selling at more competitive prices. “You can never replace what we do in the store,” said Schuemann. “We spend hours fitting [customers].”

In Stuart, the fitting experience is taken up a notch, thanks to the expertise of manager and certified pedorthist Tim O’Brien, who has gradually helped the store focus on pedorthics. He routinely holds in-store seminars to acquaint doctors with new therapeutic products, while his wife, Teresa, handles marketing and pays visits to doctors’ offices and physical therapists.

PROMOTIONAL STRATEGIES
About 5 percent of gross sales are devoted to marketing, with initiatives that include spots on local and public radio, and cable TV channels HGTV, Hallmark, the Travel Channel and Food Network. While Schuemann acknowledged this type of media is expensive, newspaper ads have not been as successful, a trend she attributes to the growing online community. “It’s taken the rug out from under us,” she said.

Connecting with consumers one-on-one has proven the most effective. Sales associates keep a detailed list of customer purchases, taking note of special sizing issues. While the system may seem provincial, the store has tried e-commerce, with little success. “We are competing with Zappos.com and other online stores,” said Schuemann, “and they rule.” However, in the future, Christopher Schuemann, the youngest of the clan, will work to improve the online business.

BY DESIGN
Botanical motifs and the color green give the stores a distinct look. And Schuemann noted that the shops are remodeled every five years to show customers that “we are progressive and innovative.” When that time rolls around, the Schuemanns hire a professional decorator, one they’ve been using for the past 30 years.

FEEDBACK
“The comfort-classic aspect of [Village Bootery’s business] continues to have staying power in the market,” said Robert Zur, president of Robert Zur, who has been selling to the retailer for three years. “They’ve done very well with our drivers, most notably our Fruita style, a fun ornament-embellished style in ostrich.”

For Ecco, the store has become one of its pinnacle independents, thanks to its high-end fashion customers, said Ann Marie Hicks, who handles field sales at Ecco. “It’s a traditional, family-owned boutique that offers warmth, glamour and a perfect fit, right in line with the modern, timeless design and comfort that Ecco provides.”

THE SCENE
Neighborhood vibe: While both stores are located in strip malls, the area around the Stuart store has seen about a 30 percent vacancy rate due to the challenging economy. “People are glad we’re still here,” said Schuemann.

Customer base: Baby boomers are the main clientele for the store, which predominantly sees a 35-and-over crowd. “Getting younger people is constantly a challenge,” said Schuemann, who has tackled the issue by bringing in Vera Bradley handbags and Jack Rogers.

Competition: The Internet remains a challenge, as well as retail stores in the Gardens Mall in Palm Beach Gardens, near Tequesta.