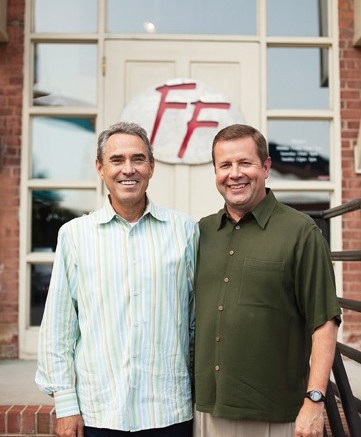 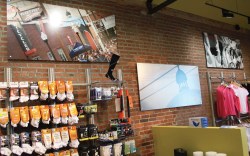 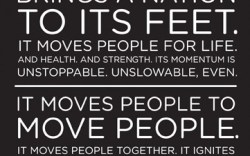 The North Carolina-based retailer, which operates 90 franchised stores, is moving ahead with expansion plans to capture a bigger part of the athletic market through fresh branding and innovative consumer programs.

“We have an unlimited amount of potential growth,” said Chairman and CEO Tom Raynor. “Even in markets where we think we are a big store, I run into people every day who’ve never heard of us. And it’s not just that there are infinitely more customers, there’s more business with people who’ve already walked in the door.”

Raynor, who bought the company in 1993 and has grown it from 37 stores mainly in Northern California to a national chain, celebrated a major milestone this summer, passing the $100 million sales mark on a rolling 12-month basis. Fleet Feet is projected to end 2010 at $108 million, with comparative-store sales up 11 percent and total sales up 13 percent to date.

But Raynor and Jeff Phillips — a longtime friend who joined the firm in 2001 and became its president in 2004 — aren’t finished transforming the privately held retailer.

A number of key initiatives are benefiting the chain. No Boundaries, the couch-to-5K program that Fleet Feet launched in partnership with New Balance in 2008, continues to bring new runners to stores. In addition, in January, Fleet Feet rolled out the Systino customer loyalty and referral software, which surveys customers via e-mail and gives participating stores immediate feedback. And as times got tough last year, the retailer refocused on operations, adding staff and developing “CFO in a Box,” an in-house service that franchisees can (and, in the case of new stores, must) use to handle back-office financials.

Finally, the group continues to nurture Specialty Retail Development Corp., a separately run for-profit group that Raynor, Phillips and franchisee Jeff Wells founded in 2007 to transition stores within the organization to new owners and to acquire independents to become Fleet Feet locations. (For more on Raynor’s plans for SRDC, see Footwearnews.com.)

The company’s agenda was crystallized at the Fleet Feet franchisee convention this summer, where execs unveiled “Be the Movement,” a mission statement that says the firm aims to be, not a running retailer, but a service organization.

“I want the brand to represent an opportunity for people to get out and do something,” Raynor said. “I don’t want it to be a transactional relationship. I want it to represent an inclusiveness that permits them, in whatever physical condition they’re in, to be part of something that’s bigger.”

The new strategy has been applauded by both vendors and franchisees.

“I have so much respect for how they go about doing what they do. They’re constantly challenging themselves and their franchisees to be better business people,” said Dave Lambert, VP of sales for running for Mizuno USA. “They really have done a good job of going out there and expanding the audience. We’re all looking at the future of our business, and that’s a challenge that Fleet Feet takes very seriously.”

Dave Shelbourne, sales manager for the running specialty channel at New Balance, said No Boundaries has been “an unbelievable program” for his brand, which supplies product and marketing support to participating stores. “Fleet Feet’s approach has been very sophisticated, and when you combine that with the national approach they can take, it’s been very good. And that customer is a great customer for both Fleet Feet and New Balance,” he said.

Ed Griffin, owner of Fleet Feet Syracuse, said the “Be the Movement” focus resonates with his customers. “Where we are right now, it’s right on the money. We are affecting people’s lives,” he said.

And Stephanie Blozy, owner of Fleet Feet Hartford, said the back-end support the corporate office provides has been invaluable for someone coming in without a retail background. “There’s always one, if not 10, things a year that Fleet Feet Inc. has done that has saved us more than the franchise fee,” she said.

Raynor and Phillips spoke with Footwear News in their sunny Carrboro offices about the future of the running business, the hot athletic market and where Fleet Feet is going next.

FN: The running space has been on fire lately. Has that been a benefit to your business?
JP: When running is hot as fashion, we benefit from that. It doesn’t change our customer mix, but a lot of great product is built because vendors are taking resources from other categories and putting it into running. A lot of marketing dollars are spent, and we obviously benefit from that. But we don’t ride the wave.
TR: Running is fashionable now, not just running shoes. You see it by the number of [races] happening and the size of the marathons. But the category still has a tremendous amount of upside. That’s the encouraging thing about it for me.

FN: Does the proliferation of running shoes in other places concern you?
TR: There has always been competition for the customer. It is challenging, and it’s always been challenging. But I would say, every person that’s out there walking around is a potential customer for us. And you know, when we lose a customer, whether it’s to Dick’s or Dillard’s or Zappos.com, and whether it’s because we didn’t do a good job of servicing them or they don’t know about us, that’s a lost opportunity.

FN: How are you reaching these shoppers, especially the nontraditional running store customers?
TR: We have to be innovative with the things we’re [doing]. We’ve got to think about how we can make our own umbrella bigger and take people in.
JP: There’s this whole world out there that we’re just scratching the surface on with programs such as No Boundaries. That’s a non-runner who you can convert into not only a walker but a runner and a fitness enthusiast and a brand advocate for your store.

FN: How many new consumers can the couch-to-5K programs — and other training programs — really touch?
JP: We’re going to have more than 15,000 people in No Boundaries this year. I couldn’t tell you how many go to the other programs because we don’t track it.
TR: Actually, I was thinking about it the other day, and my suspicion is we have 100,000 people in some sort of training program.

FN: Is the burgeoning barefoot category part of your growth plans?
TR: There’s a real consumer perception that barefoot running is an option for most people, and we need to think about how we address it in our stores. Maybe we need to treat barefoot running or the minimalist shoe as the equipment side of the business. Instead of selling them one pair of trainers like we used to, [maybe] we sell them a pair of trainers and then a pair of minimalist shoes to run in.
JP: Probably the biggest challenge for the storeowners is figuring out on the product side what’s relevant because you have this explosion of product and everyone converges on it, just like everyone’s converged on running in the past couple of years.
TR: We continue to have internal dialogues among ourselves and with our franchise owners, asking, Who is this the right product for? Can we attract a new customer with it? Is that one of the keys to unlocking the younger customer base?
JP: But the biggest mistake you can make — and it’ll happen a lot at the specialty level — is dismissing the whole idea. Because it’s real, and it’s relevant.

FN: What about the other big trend in athletic: Does toning fit into your mix?
TR: I suspect we could put toning shoes in our windows and sell toning shoes. But we have to think about it in terms of how exercise can help people. I don’t care what shoe people wear. If they’re in the Skechers [Shape-ups], if they’re out there doing something, then we’ll eventually capture them as customers. But I don’t expect us to have toning shoes.

FN: Which consumer groups do you see as opportunities?
TR: We don’t get enough men in our stores. And we haven’t done a very good job of reaching out to financially challenged consumers. They look at the product in the newspaper and they see a $30 New Balance shoe, so that sets their benchmark for what shoes should cost.
JP: One of the customer bases that is a great opportunity is the younger runner. And that ties in to what Tom’s talking about with telling your brand message. You’ve got to educate not so much those kids but their parents on the value of performance footwear. Most parents are going to look at the paper and go, well, I can buy this … at any number of places for $40 or $50. We need to educate those parents on the value of being fitted properly and having the right footwear for the kids long term.

FN: Price sensitivity has definitely been a hallmark of the recessionary period. Do you see the economic forecast improving?
JP: There’s a lot of evidence right now that we’re going in the wrong direction again.
TR: From a business standpoint, it’s going to be a challenging environment on a macro level. But we don’t work on a macro level, we work on a micro level. And there are plenty of consumers out there for us to acquire. We haven’t reached every consumer in any market. There was a period of time where everyone assumed that people were just going to keep spending more and more money, and that’s not the case. You’re not going to extract more dollars from the customer’s pockets, so you’re going to have to acquire more customers.

FN: As a franchise business, your access to new markets is limited by the potential franchisees in a given area. Are there any areas where you’re looking to add new stores?
TR: We have a very short list of markets that aren’t opportunities. And I would say there are no markets with the right person where there wouldn’t be an opportunity.

FN: Footwear makes up 65 percent of your business. Is that the right balance?
TR: We could definitely do a better job with apparel. We have put apparel in our stores and occasionally a customer will bump into it and buy it. Don’t write that down. [Laughs.] And there’s a tremendous amount of upside with the accessory business.
JP: The nice thing about accessories is that the styles don’t change every season. It’s high profitability, and you can turn it around really fast.
TR: With both those categories, we’re being proactive.
JP: But ultimately, we’ve got to rethink apparel in our stores: How we buy it, how we merchandise it, how we sell it. We’ve gotten a little bit better on the buy side, but we haven’t made enough progress in terms of really looking at how many brands can you realistically do business with in apparel and be able to tell a story.

FN: How do you balance the need for a uniform Fleet Feet experience with the demands of each franchisee’s local market?
JP: One of the things that has made our brand appealing is that we don’t legislate a lot to our franchise owners. They determine their product mix within the metrics we give them, but what we’ve done a pretty good job of is finding that fine line between brand consistency and allowing the owners to be local and independent. When you can find that combination of brand consistency but still have local flavor, that’s powerful. It’s a challenge, but at the end of the day, you’ve got to be consistent or you’re not a brand.
TR: And Fleet Feet is our brand. That’s why you don’t see Nike concept shops or Asics concept shops and Brooks concept shops in our stores. Our brand is Fleet Feet, and that’s the brand we want customers to buy.