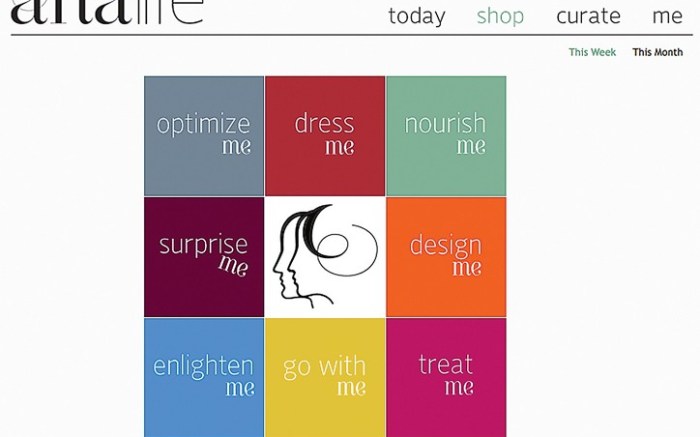 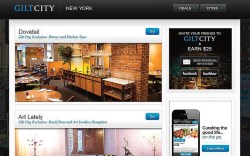 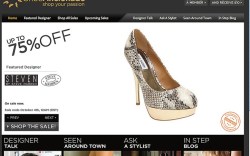 While competition has dramatically increased over the last year, insiders said there is still growth potential. That is in large part because established leaders, such as Gilt Groupe and Rue La La, are upping the fashion quotient, adding new features and partnering with key brands on collaborations.

“[The category] is here to stay,” said Larry Joseloff, VP of content for Shop.org at the National Retail Federation. “The hype will die down as with any new tech or business model, but retailers will fine-tune their best practices.”

The key for retailers, said observers, is to address new areas of the market with their models. “There are tons of sectors that haven’t been touched, so there is definitely room to grow, ” said Krista Garcia, research analyst at Emarketer.com.

For example, Kerry-Ann Thompson, founder of Shoeaficionado.com, saw an opportunity to bow a shoe-specific site, since most players offer a broader mix of categories.

The site, which launched in September, works with brands such as 80%20, Steven by Steve Madden, Charles Jourdan, Corso Como, Dolce Vita and Matt Bernson, among others. Average sales promotions will offer up to 75 percent off and last for about four days. “We’ve had a tremendous turnout and a lot of great feedback,” said Thompson. “[The competition] wasn’t a concern for us because we thought of ourselves as being different.”

Shoplikekings.com, an all-men’s site featuring contemporary and upscale brands, was also founded to serve an untapped consumer. According to CEO Jordan Rosen, while the flash-sales category as a whole is crowded, the men’s market is not as well represented.

“We’re trying to be a place that’s all for men,” said Rosen. “I don’t know if I would feel comfortable shopping at a place geared toward women.”

His site, which debuted in September, stocks brands such as Creative Recreation, Circa and Osiris, and showcases one or two sales per day that last about 48 hours and offer anywhere from 55 percent to 65 percent off retail value. Fifteen percent of the site’s mix is footwear.

Another new entrant in the category, Ahalife.com, is taking a different approach, focusing on high-quality products rather than price.

“The Internet should be about good value,” said founder and CEO Shauna Mei. “We want to give you that ‘aha’ moment every day; it’s not about buying something at 70 percent off.”

The site offers everything from fashion to food for prices ranging from $75 to $2,000 for a 24-hour daily sale. (Footwear will soon be added to the mix.) Items are curated by influencers and big-name designers such as Diane von Furstenberg and Rachel Roy, and each pick falls into various categories depending on the day, including “Optimize Me” on Monday and “Treat Me” on Friday.

As more new Internet players pop up, existing brands and retailers are rolling out their own flash-sale models. A new area on Shoebuy.com hosts private sales of 50 percent to 90 percent off for members during a 48-hour time period. Footwear brands rotate periodically, but they have included Crocs, Mephisto, Timberland and Rockport. Since the section’s launch in March, CEO Scott Savitz said, the results have exceeded his expectations, with more than 5,000 members signing up daily.

“We’re expanding upon the business as we add a lot of good brands,” said Savitz. “Service is going to have to continue to get better and better, but clearly the customers are enjoying this shopping experience because they are making great impulsive buys.”

Popular designer destination Net-a-porter.com launched a discount site, Theoutnet.com, last year, to reach a new customer base, said Director Stephanie Phair. The site works with more than 200 brands of footwear, apparel and accessories. And unlike other players in the category, it provides discounts around the clock, 365 days a year.

“Until now, discount shopping has always followed the sample-sale approach, but we found that our customer likes to shop at a time that suits her and shop the way she dresses,” said Phair. “She loves to mix and match, so our multibrand offering really appeals to her.”

Larger retailers are getting in on the action, too. At Jcrew.com, merchandise from the outlet stores is being sold in an exclusive online flash sale on the weekends. And last month, discount retailers TJ Maxx and Marshalls announced they were considering adding a flash sales section to their websites.

Despite the influx of new competition, existing players such as Gilt Groupe — which is often credited with creating the flash category in the U.S. — said they are continuing to see growth.

The firm has launched several off-shoot sites this year, including Gilt City, which offers a discounted item, such as a salon package, and Gilt MANual, a daily style blog for men.

Within the flagship site, Gilt also has partnered with Target to sell its designer collaborations (including Mulberry and Tucker’s apparel) at a discounted price. And to keep its top customers satisfied, the site launched Gilt Noir, which allows the top .01 percent of its members — made up of big names such as Gwyneth Paltrow — to preview each sale 15 minutes before it goes live.

According to CEO Kevin Ryan, the new initiatives have resonated strongly, and the company has no plans to slow down.

“The reality is that most shoppers always like to buy things on sale,” Ryan said. “It’s a great category, and [there] is no evidence that it’s going anywhere.”

Ideeli.com, which launched in June 2007, also continues to expand its following, with a membership of more than 3 million.

The site recently rolled out new features, such as the “The ‘O’ Shop,” a tab that stocks items only offered on the Oprah Winfrey show. Ideeli also recently entered travel and men’s, while women’s footwear continues to be one of the fastest-growing categories (including a wide range of brands, such as Steve Madden and Fergie), according to Tamara Rosenthal, director of brand marketing.

“It’s really about relevance. You have to come up with compelling offers that mean something to your membership base,” said Rosenthal. “We will continue to strive for that as we launch new categories.”

Competitor Hautelook.com (which debuted in December 2007), is adding to its category offerings, including footwear, the most requested item on the site, said GMM Arthur Lewis. Currently, Donald J Pliner, Elizabeth & James and Diesel are all standout brands, he said.

“We’re evolving the way the consumer actually shops,” said Lewis. “We’re building the right partnerships and [expanding] the right categories to keep the consumer excited. It’s just the beginning and it’s going to get bigger.”