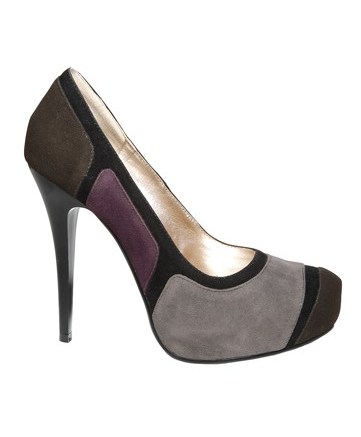 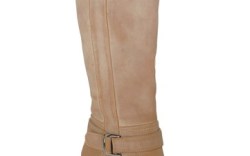 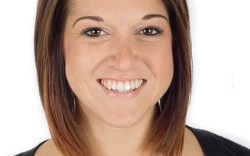 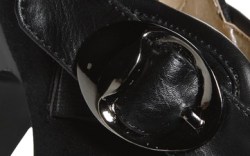 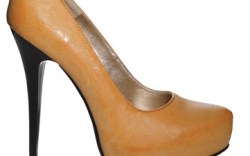 California native Natashia Tomek is less than a year out of college and already working on her second career.

The 24-year-old, who has been in retail since high school and held a senior buyer title and private-label design role at Southern California chain Beach Bums, is launching her first footwear collection for fall ’10. Named Tash, Tomek’s debut line includes more than 40 synthetic leather styles of beaded sandals, sky-high platform heels and tall boots, which will sell for less than $70. “There are a bunch of brands that start around $80, or there are shoes that are cheap, cheap, cheap and look like it,” she said. “I wanted to create something in between.”

Targeted at high school-age girls to women in their 30s, Tomek’s footwear business is launching with financial support from her former Beach Bum bosses, Gandhi and Cliff Haddadin. “She’s got it all together,” said Gandhi Haddadin, who worked with Tomek for three years and said he was impressed by her buying strategy and fashion sensibility. “Her buys would sell out in the first week, [and] she designed and juggled so many tasks. … People like that don’t come about very often.”

For spring ’11, Tomek plans to roll out a broader collection of sandals and flats, and is aiming to diversify her audience beyond the high heel-wearing demographic. “I want to offer boutiques the more fashion-forward styles and be able to offer the sandals and flats to skate shops,” she said. “I was shooting for the junior customer, [but now] the goal is to spread it out a little more.”

The Designer
Natashia Tomek, a 2009 graduate of California State University at Fullerton, studied public relations and fashion design while also working as a retail buyer.

The Inspiration
Tomek looked no farther than her front yard for design cues. “I live in the middle of downtown Fullerton,” she said, “and we’re 20 minutes from the beach.”

The First Accounts
Tash has been picked up by retailers including Shoebuy.com and Trend Society in El Paso, Texas. “It looks expensive, even though it isn’t,” said Trend Society owner Cindy Karam, who has booked four styles. “It’s going to be attractive to high school students and women in their 30s.”