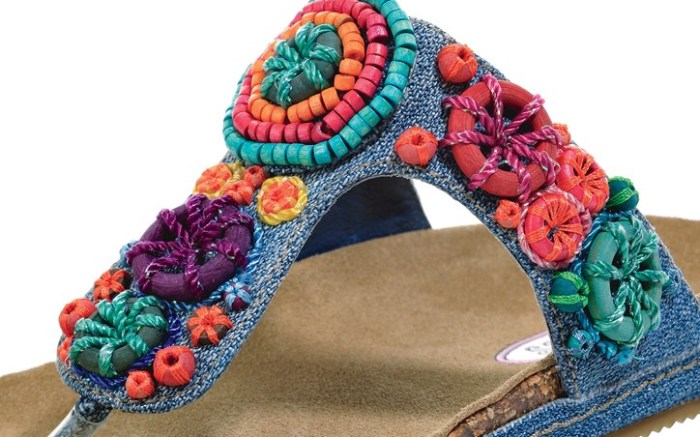 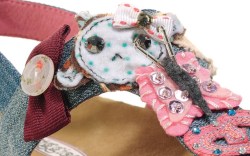 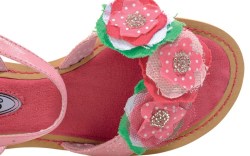 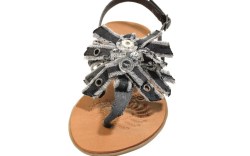 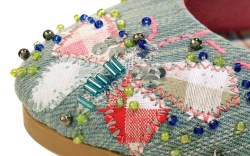 Zigi is embracing its inner girl.

Fueled by the success of its adult business, the New York-based brand is launching a line of footwear for tweens. Ziggies will debut next spring with more than 30 styles, including ballet flats, sandals and sneakers.

“We think it’s the right time, based on the momentum we’re seeing in women’s,” said Andy Petersen, president of Zigi. “The girls’ business has been somewhat stale lately, and people are searching for something fresh and new. We’ve had a lot of requests for our shoes in smaller sizes.”

While Ziggies designer Marya Fazi takes her cues from the Zigi NY women’s line, she interprets the styles and trends in a younger, more whimsical way. The shoes, priced from $30 to $80, are loaded with colorful, girly embellishments such as bows, beading, appliqués, charms and flower ornaments.

To give the kids’ collection a distinct point of view, takedowns will be kept to a minimum, Petersen said. “The tween customer wants to dress like her older sister, but she also wants to have her own identity. So it’s a matter of taking what’s going on in fashion and adding a little more fun and flair.”

The Team
As president of Zigi, Andy Petersen oversees the new girls’ division, while Marya Fazi (at left), who has worked for Aldo Group and Steve Madden, designs the collection.

The Inspiration
Fazi follows many of the same design themes as parent line Zigi NY, but puts a tween twist on them to give Ziggies a young sensibility.

The Buzz
Ziggies, which launched at FFANY earlier this month, is being targeted to better boutiques and independents. Kitson in California has been among the first to pick it up. “The brand has a lot of potential,” said Fraser Ross, owner of Kitson. “They’ve got looks that can compete with some brands we don’t carry that are sold at other stores.”