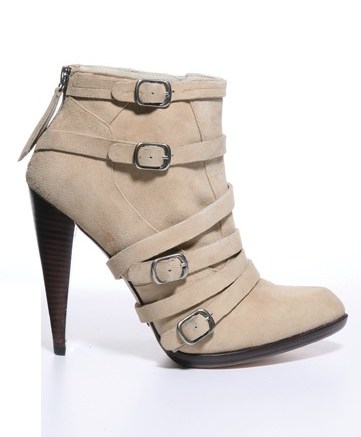 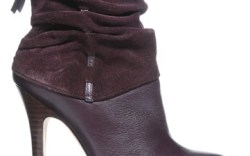 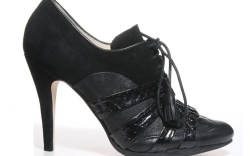 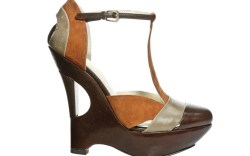 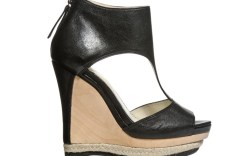 A season after developing a collection of non-athletic women’s footwear — and scrapping it before it hit retail — the Los Angeles-based brand is ready to give the world of heels and wedges another try. “The major thing was to complement the men’s [line],” said Creative Recreation co-founder and creative director Rich Cofinco. “We thought of the woman who would be traveling with the [Creative Recreation] man. She can’t take 17 pairs of stilettos with her, so we tried to do a two-in-one shoe, and the [first attempt for spring ’10] was more casual and didn’t really hit that.”

Now, Cofinco said, he and co-founder Robert Nand have it all figured out. They teamed with friend and Velvet Angels co-founder Joe Ponce to build Select by Creative Recreation. The line is making its debut for fall ’10 with 13 styles ranging from funky wedges and open-toe booties to sky-high heels, flats and tall boots. Priced between $200 and $450, the line features looks in exotic skins and suede, a boot that can be worn at three heights and architectural wedges. The collection also incorporates comfort details such as gel padding for extra cushion.

“It’s for someone who appreciates fashion and wants versatility to accommodate her daily life,” Cofinco said, “from working in the day to going out at night.”

The Team
Ponce, who has also designed for L.A.M.B., is working on a freelance basis on the collection, with the overall direction and vision coming from Nand (far left) and Cofinco (near left).

The Inspiration
Simply put, the world. “It has always been our aspiration to travel and see what’s out there,” Cofinco said. “We’ve tried to apply that to the women’s line, as well.”

The Buzz
The line — targeted at Barneys, Bloomingdale’s, Nordstrom and high-end, specialty boutiques — debuted at Compass last week, and retailers have been anxious for a peek. “It makes sense. They have a very young and fresh eye,” said Farshad Arshid, owner of Standard Atlanta, which recently started carrying a mix of dressier styles. “We’re firm believers in what these guys do.”