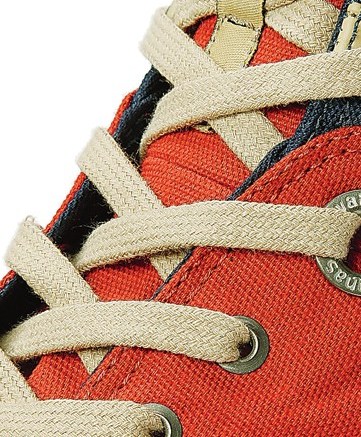 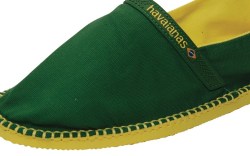 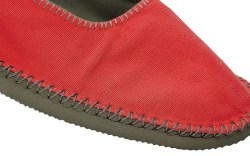 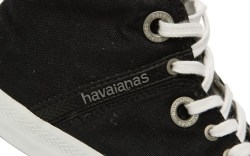 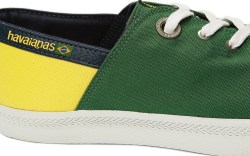 After decades as a leader in the flip-flop industry, Havaianas is ready for a change.

Afonso Sugiyama, president of parent company Alpargatas USA, began exploring expansion options two years ago, thanks to popular demand. And now, after taking the time to plan, Sugiyama said the timing is finally right to launch new merchandise in the U.S. (A smaller-scale line debuted in Europe earlier this year at stores including Selfridges in London.)

“It’s very good timing. Espadrilles are in fashion and very trendy,” said Sugiyama. “From a customer perspective, there is great excitement around the brand. [Havaianas] represents lifestyle fashion with a combination of comfort and style for fashion flip-flops.”

Produced in Brazil, the new line consists of two segments. The espadrille group includes both espadrille and ballet flat styles and is made with a canvas upper over a rubber sole in eight bright colors. And the urban family is composed of both high- and low-top sneakers in nine color blocks.

Overall, the collection features eye-popping hues such as orange, yellow and green, in addition to neutral shades of black, white and navy. It is set to retail between $38 and $78, and will hit stores in February.

So far, the line has been seen by retailers at the FN Platform trade show and feedback has been positive. “The look is very distinctive, due to the handcrafting in Brazil, so it will attract new customers,” said Sugiyama.

The Leader
Sugiyama, who is charged with expanding Havaianas’ global reach, spearheaded the spring line expansion. “It’s a long-term commitment to build a successful business [with additional] product,” he said.

The Look
Each new style features Havaianas’ famous flip-flop sole. “[We] replicated the comfort we are known for,” said Sugiyama. “The first customers we are targeting are the ones that are already in love [with the look].”

In Stores
The line will sell at Havaianas’ retail locations, including its Huntington Beach, Calif., store (at left), which opened this summer, and on Us.havaianas.com. The brand also is selecting additional retail channels to showcase the collection.