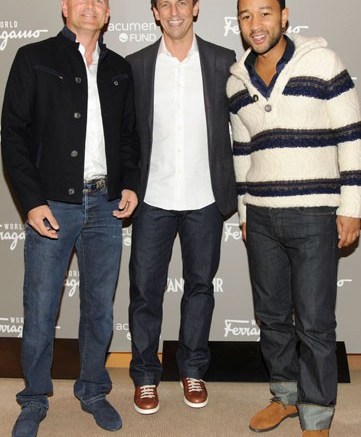 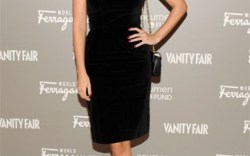 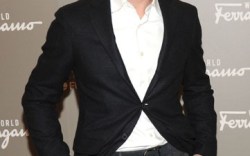 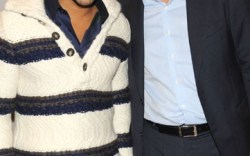 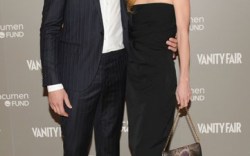 The world of Ferragamo just got bigger.

Most of the men wore Ferragamo World, which launches for spring ’11 and benefits the Acumen Fund, a non-profit group that serves the world’s poor. The collection is comprised of six styles, including desert boots, moccasins and a sneaker, all made with water-based adhesives and leathers that have been water tanned. They will retail for $275 to $340 in Ferragamo boutiques and U.S. department stores including Bloomingdale’s, Nordstrom and Saks Fifth Avenue.

For Legend, the charitable aspect of the launch was reason enough to give his support.

The footwear collaboration marks the first fashion venture for Acumen Fund. The partnership with Ferragamo is a three-year commitment.

“Social justice, the be-a-good-citizen movement, has to come from the bottom and the top,” said Michael Novogratz, a member of the board of directors at Acumen Fund. “Even if things are symbolic at times, they’re important. And I think it sends a powerful message that the rich and famous can dress up and still care. Everyone’s got to pitch in.”

Meyers, for one, does not consider having his office on the shopping thoroughfare of Fifth Avenue a hazard to his work.

He joked: “I come from the West Side, so I cross it less than you might think. For me, I have to avoid Tad’s Steaks and Sbarro.”