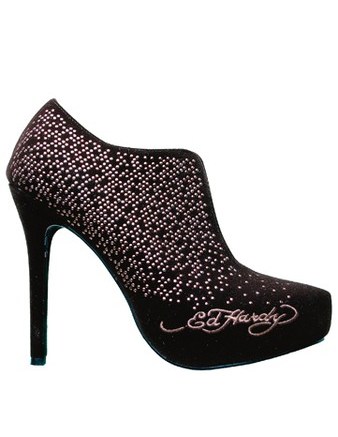 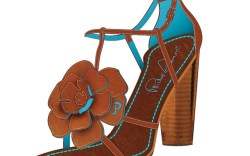 NEW YORK — It’s not just about the tattoos anymore.

For spring ’11, Chemla, who founded PSDI in 2002 and has created private-label footwear for Von Dutch and Hale Bob, is readying a line of his own and making moves to establish his company as a prominent industry player.

Set to debut at FN Platform in August, the Philip Simon collection will start with 34 men’s and women’s styles. The women’s offering ranges from flip-flips to stilettos, with a selection of sneakers and casual looks for men. Priced between $39 and $200 at retail, the line is being targeted to major national department stores and larger retailers in the U.S. and across Europe and parts of Asia.

“Any Ed Hardy licensee will tell you that being associated with such a great brand opens many doors,” said Chemla. “Launching our in-house label is our way of bringing fashion-forward footwear to individuals looking to make a statement [and] gives us a chance to offer those trendsetting styles [under our own name].”

Retailers who know the Philip Simon name through its connection with Ed Hardy said they are looking forward to viewing the collection during the summer shows.

“We’re always interested to see what’s out there,” said Micaela Morales, a juniors’ buyer for Zappos.com. “[Ed Hardy] is a very trend-driven brand and makes sure the [footwear collection] is up to par with [what] customers [want]. … It’s exciting when a company can come out with something new and fill a void in the marketplace.”

The new brand, Chemla said, will be created and distributed by PSDI’s sister company, Philip Simon Footwear Group, which was formed in 2009 as a way to develop additional shoe lines and establish new license partnerships. (Footwear for Ed Hardy and its tangential brands will continue to be created under PSDI.)

For spring ’10, Chemla also teamed up with the U.S. Army to launch a collection of branded sneakers, flip-flops and bags under the U.S. Army name, and it is keeping an eye out for more licensing opportunities. Additionally, retail plans are in the works under the Philip Simon banner, with 20 branded stores slated to open internationally over the next five years. The first door, Chemla said, should bow in Los Angeles by next summer.

Though the rough economic climate took a toll on business in 2009, Chemla said his company was bolstered by continued consumer demand for signature Ed Hardy styles, namely the tattoo-printed sneakers offered across the women’s, men’s and children’s categories. PSDI also diversified by rolling out toddler footwear for spring ’10 and adding more-sophisticated women’s styles, including stilettos and high-heeled booties.

“These additions have helped us survive the challenges [of the past two years],” Chemla said, noting that the Ed Hardy brand is on track to sell about 2 million pairs of shoes by the end of 2010.

“Despite the difficulties, we’ve been able to maintain our core business, and we’re very grateful to our loyal customers [for that],”he said.