Designer of the Year: Brian Atwood 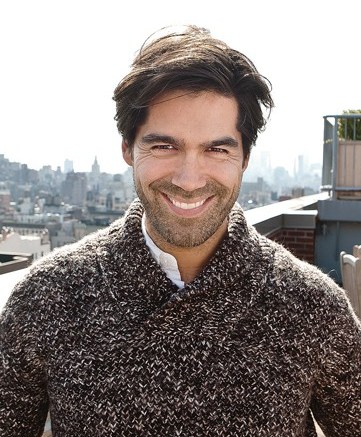 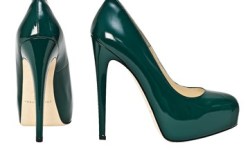 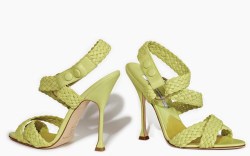 Brian Atwood is on top of his game.

After nine years balancing his eponymous collection of high-end women’s footwear with gigs at Versace and, most recently, as Bally’s creative director, the Chicago-bred designer has his sights solely on elevating his own name. And he’s begun to see his efforts pay off. After stepping away from designing for other houses, he partnered with The Jones Group this year to roll out his first contemporary line, B Brian Atwood, for fall ’11. Now he’s adamant about building his core collection into a global, lifestyle enterprise.

“Business has grown so quickly over the last two years, and the brand needs [my full] attention to take it to the next level. It’s always amazing when a designer can work for [himself],” Atwood said. “It’s a totally new phase.”

And while Atwood is venturing into new territory, his footwear has already garnered a host of strong supporters, namely from the luxury retail world.

“We’ve seen Brian evolve so tremendously over the years, and at this point, he is becoming a very important business for us,” said Ron Frasch, president and chief merchandising officer at Saks Fifth Avenue, noting that Atwood has been one of the store’s biggest growth spots in 2010. “He continually brings great excitement to his collections and has a distinct point of view and style.”

Like his department store counterparts, Jeffrey Kalinsky, founder of Jeffrey New York and EVP of designer merchandising at Nordstrom, has singled out Atwood for his distinct, yet sleek silhouettes.

“Brian’s shoes reflect his personality,” Kalinsky said. “He offers a youthful perspective on high fashion footwear, and no one else does what he does. He knows exactly who he is dressing and who he wants to dress.”

The core Brian Atwood business is on track to be up more than 200 percent over last year, and he has been steadily adding to his international roster of retailers, which includes more than 100 doors. He’s been working with key accounts to increase his presence on the shoe floor and is eyeing expansion across Asia, the Middle East and South America, particularly in Brazil.

While branded retail could follow by the end of 2011, Atwood is now revamping his website and could bow a small, e-commerce site as early as February. Rather than showing the full collection, the online boutique, he said, would offer top sellers, such as his signature Maniac and classic, carryover styles.

Plans to launch ready-to-wear and handbags are in the works for the next two years, with jewelry, men’s shoes, sunglasses and perfume eventually being brought into the mix.

“There are so many possibilities out there, and as long as they have the integrity of what my brand stands for, we need to be open to doing them,” Atwood said.

As the designer has focused on evolving his brand from niche player to lifestyle powerhouse, he has built a following among the Hollywood sect, including Sarah Jessica Parker, Cameron Diaz and Kristen Stewart.

“Brian Atwood has brought a breath of fresh air to the world of designer footwear,” said celebrity stylist Simone Harouche, who has worked with Nicole Richie and outfitted Christina Aguilera on her international tours. “His designs challenge the norm in this market. [They] are so versatile, and he has been able to balance beautiful shoes with function and comfort.”

The deal with Jones marks Atwood’s first move in establishing his name beyond his luxury label, which industry sources estimate generates more than $10 million in annual sales.

“I want to give [women] some of the things they want from the main line [and the] things I stand for, whether it’s color or fabrication, but it will definitely be a little more East Village cool [and] less red carpet,” the designer said. “It really is a perfect way to reach a broader audience.”

And, if all goes according to plan, the lower-priced line, which is expected to retail for $200 to $500, could eventually make up about half of Atwood’s overall business and include handbags and apparel, among other categories.

“It’s a very exciting chapter for the Brian Atwood brand,” said Richard Dickson, CEO of Jones’ branded businesses. “He not only has the talent and vision that has created this highly demanded product, but he has foresight about when to expand and make his [brand] more accessible. Brian is displaying the ability to manage both his art and commerce.”

Still, Atwood is angling for more. “Ralph Lauren started in ties. Who knew it would become this big of a business?” he said. “[Brian Atwood] may have started in shoes, but this can become as big as we want it. The sky is the limit.”