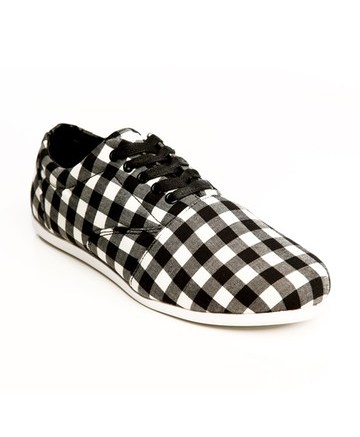 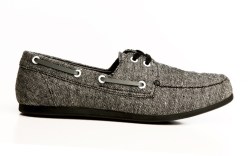 Footwear designer and artist Chris Stamp, creator of unisex sneaker brand Stampd’LA, is launching a companion line for fall ’10 under the Study label.

Study takes a more low-key design approach than the bold graphics and colors used on the athletic styles and classic boat shoes of Stampd’LA. The line, named for its target audience of teens and college students, retails at $48, compared with Stampd’LA, which sells for $85 to $125. Delivery is slated for August.

Stamp began designing footwear as a college student in Southern California by hand-painting everything from Chuck Taylors to Toms shoes, and now he said he hopes to inspire underprivileged youth in Los Angeles to get involved in the arts. He has formed an alliance with Inner-City Arts in the heart of Los Angeles’ Skid Row, that reaches out to area youth in academics and art. “We talk to kids about what we do, our concept, what it takes to be a shoe designer,” he said. “We want to inspire them to do something in the creative field.”

The designer is also committed to helping kids with school supplies and will use part of the proceeds from Study footwear to distribute customized notebooks and pads to students.