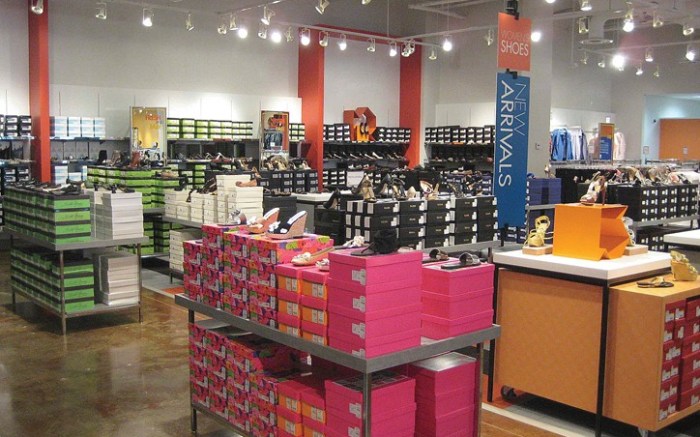 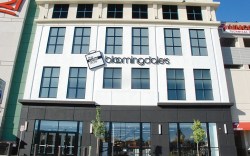 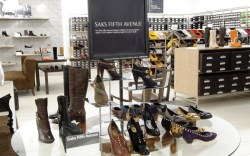 NEW YORK — Outlets are definitely in for department stores.

Saks Fifth Avenue, Nordstrom and Neiman Marcus all opened new locations for their respective Off 5th, Rack and Last Call outlets this year, while timely real estate opportunities led Bloomingdale’s to enter the outlet business for the first time.

“With the recession receding a bit, luxury department stores are beginning to recapture the customers who slowed their spending,” said Arnold Aronson, managing director of retail strategies at Kurt Salmon Associates and a former CEO of Saks Fifth Avenue. “They are now trying to refine the outlet concept so the customer does not feel like a second-class citizen.”

Retailers said outlets act as an extension of their brand and can reach shoppers who don’t necessarily shop at their full-line outposts.

“The Bloomingdale’s outlet customer is very different from the regular Bloomingdale’s customer. For the most part, we’re finding a whole new consumer, one who perhaps shopped our competition when it came to the outlets,” said Arnie Orlick, SVP for outlet stores at Bloomingdale’s, which bowed its first four outlets in Paramus, N.J.; Miami and Sunrise, Fla.; and Woodbridge, Va.

Tom Lindh, SVP and managing director for Last Call by Neiman Marcus, said the new Last Call Studio concept was not only “its own business unit [but] somewhat of an extension and a marketing tool for the brand itself.”

He added, “We believe that someone will come in here, buy a great pair of, say, Frye boots, then see the same brand in a catalog from the full-line store and shop it from there going forward.”

Industry experts noted that the economics of outlet retailing tend to be desirable. Plus, the time is ripe for expansion as many retail spaces have became available after the closures of big-box chains such as Linens ‘n Things and Circuit City.

“The outlet channel involves low-cost real estate and tends to yield a higher profit margin than full-line stores regardless of what type of business you’re in,” said Anne Brouwer, senior partner at retail consulting firm MacMillanDoolittle. “Outlets are no longer the jobber of last resort, since a lot of people are manufacturing especially for that channel.”

“The direct-purchase product is similar to full-line product, but maybe uses less-intricate stitching or cheaper buttons,” explained Brouwer. “They’re offering a lot of what was in the original product, thereby targeting the aspirational luxury consumer. The reality is that there are people who will never shop across channels.”

Bloomingdale’s outlets carry a line of merchandise manufactured just for them, while the clearance inventory from full-line stores makes up just 20 percent of the total merchandise mix.

Orlick said, “It’s a profitable model of business because we’re buying merchandise from vendors at reasonable margins, [and at the same time we’re] controlling the amount of goods we buy from regular Bloomingdale’s, so we have continuity of sizes and styles.”

For their part, vendors benefit from the uptick in retail square footage, too. Speaking on condition of anonymity, one manufacturer revealed that the department store outlet channel helped make one of his company’s labels its “No. 1 brand, thanks to big production numbers [from the stores].”

“There’s no question the discount business is the healthiest and is here to stay. In fact, that’s where the expansion [opportunity] is,” said Joe Ouaknine, CEO of Titan Industries, adding that his sales to department store outlets have boomed in tandem with the retailers’ aggressive expansion rates.

Saks Fifth Avenue was bullish enough to open five Off 5th doors in 2010, despite comps for the channel “trending below the company average for the first nine months of the year,” the company said.

The retailer also revamped several doors to create a “luxury in a loft” environment and offer a wider assortment of product and enhanced service. And execs said it would continue to open three or four stores annually for the next several years. (Meanwhile, six underperforming full-line stores closed this year.)

“The outlet business tends to be more stable and not experience the ups and downs that the full-line stores sometimes experience,” said Robert Wallstrom, president of Saks Fifth Avenue’s Off 5th, pointing out that “sales in the outlets did not fall nearly as much as they did in the full-line stores during the recession.”

Meanwhile, Nordstrom bowed 17 Nordstrom Rack outlets this year, bringing its total to 86. That 25 percent growth is a more aggressive expansion rate than in previous years, according to company spokesperson Colin Johnson.

“The Rack stores are one of the best investments we have. Nordstrom Racks generate very high sales per square foot, roughly twice as much as our competitors,” said Johnson, who added that the company plans to open another 17 Rack doors in 2011.

Nordstrom also unveiled Nordstromrack.com that same month, offering apparel, accessories and shoes from Nordstrom stores and Nordstrom.com at reduced prices, as well as special value items purchased for the outlets.

Whether through new store layouts or e-commerce, the draw of outlets in the new economy is that they provide good value to consumers all year long.

As Wallstrom explained, “Customers shop at Off 5th in good economic times because they like to shop with us, [and] they also shop with us when the economy is tough because value [then] is even more paramount.”