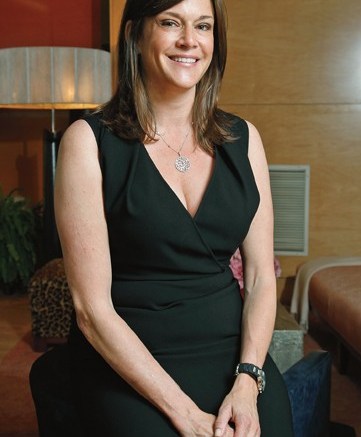 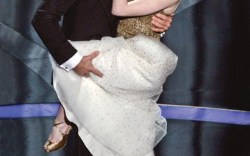 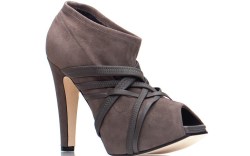 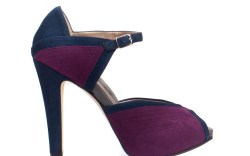 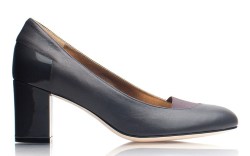 In a tough economy, Dana Davis may have seemed like a dark horse.

A novice to the footwear industry, the teacher-turned-shoe entrepreneur has managed to quadruple her account list since her inaugural spring ’09 season, and is prepping to bring new comfort technology to market and seek outside investors.

“I started this brand in a recession, so I don’t know what the ‘good old days’ that everyone talks about are like,” said Davis, 42, who aims to up the door count for her fashion-comfort brand to 150 in 2011 from about 40 this fall. “We’re just trying to grow the brand, get more attention and get into more stores.”

To help boost the company’s presence at home and abroad, Davis said she was searching for investment partners. The Beverly Hills, Calif.-based CEO will use the capital to drive domestic growth, start charting international expansion and eventually launch a lower-priced diffusion line.

“Teaming up [with an investor] would enable us to grow a little quicker,” she said. “But we’re being really careful about who we choose and how we’re going to grow.”

More immediately, Davis, who recently added a second sales rep to her three-person team, is planning to bow an evening collection for spring ’11 in response to the success of her higher heels. The offering will include dressier styles and more heel options and allow the brand to more fully permeate fashion accounts.

“A lot of our customers are gravitating toward her because her products have nice shelf appeal,” said Dan Mauney, owner of Charlotte, N.C.-based Step by Sloan, which also carries fashion brands such as Modern Vintage and Seven for All Mankind. “Some other comfort shoes are lower, chunkier and not as appealing.”

A familiar face in Hollywood, Davis — the youngest daughter of the late 20th Century Fox owner Marvin Davis and philanthropist Barbara Davis — got some major exposure when Anne Hathaway danced across the stage during the 2009 Academy Awards in Davis’ heels, and when “Dancing with the Stars” judge Carrie Ann Inaba started mentioning the brand in Twitter updates.

“I wear them as often as I can because they are so comfortable,” Inaba told Footwear News. “[Dana Davis] knows what we women want from a shoe: style with comfort.”

Davis, who was diagnosed with Type 1 Diabetes as a child and as a result developed serious foot problems, first entered the footwear business two years ago, when a last-ditch effort to find fashionable orthopedic shoes led her to the WSA Show. She went to Las Vegas hoping to write personal orders for stylish looks infused with comfort technology, but when she couldn’t find what she was craving, she decided to get into the footwear business.

“There wasn’t a market for women who needed orthotics but also wanted their shoes to be fashionable and dressy,” said Davis, who had undergone eight corrective surgeries in 12 years before being advised by doctors to leave her kindergarten teaching job and adopt a critical foot care program. “I came back [from the shoe show] and decided this was something I really needed to do.”

She teamed up with Los Angeles podiatrist Bob Baravarian and footwear veteran Frank Zambrelli of New York-based Design Quadrant to develop a collection of footwear offering 3-inch platform heels, strappy sandals and embellished flats. All styles are outfitted with patent-pending orthotic technology that helps stabilize the natural wobble of the foot and encourages heel, arch and ball-of-foot balance.

Davis said she has been accepted at both fashion and comfort retailers, with the more stylish shops gravitating toward her higher heels and the core comfort stores picking up flats and lower pumps. Priced between $250 for flats and $550 for tall boots, the Italian-made collection has been picked up by accounts ranging from select Nordstrom doors to the newly opened French Sole Comfort in New York.

“We’ve been open less than a month, [and] we’ve probably sold around 45 pairs of her shoes,” said French Sole Comfort owner Randy Ochart. “[Dana Davis] far exceeded our expectations. Right now, she’s our No. 1 vendor, and we look to continue carrying her full line and follow her evolution.”

For John Weingarten, owner of The Shoe Salon in Palm Beach Gardens, Fla., the blend of comfort technology on fashionable shapes has made the brand popular at his shop, as well. “Our customers [want a mix of] fashion and comfort,” said Weingarten, who ordered the line in fall ’09 and also carries Anyi Lu and Beautifeel. “They’re looking for comfortable shoes that look a lot like fashion.”

Davis and design consultant Zambrelli, who had gigs at Cole Haan and Coach before co-founding Banfi Zambrelli, are now working with a medical team that includes a foot and ankle surgeon, a pedorthist and a podiatrist. (Baravarian is no longer involved with the firm.) New patents are slated for the coming year, Davis said, allowing for different heel constructions and styles.

“A foot surgeon and a pedorthist are going to have very different views on what a woman’s foot needs,” said Davis, who introduced a 4 1/2-inch platform heel this spring. “It gives us a more open vision of how to do our shoes, and that’s why we’ve been able to expand [the collection].”

As the brand grows, Davis has emphasized the importance of helping retailers and sales staffs understand the technology in the footwear and be able to communicate the benefits to the consumer. Additionally, she said, the collection has been modified based on feedback from key accounts.

“Salespeople are at the front lines,” Davis said. “They know what is selling and what isn’t, what you need and what you don’t. [Listening to them] is the only way I can get better at what I’m doing.”

That ability to adapt has been one of the brand’s early strengths, said Weingarten. “They’ve been really helpful to work with,” he said. “There was a slight imperfection with [a few shoes], and they were honest and were really responsive to take them back and get us something that worked better. They make a real effort.”