Curves Ahead: The Future of Toning 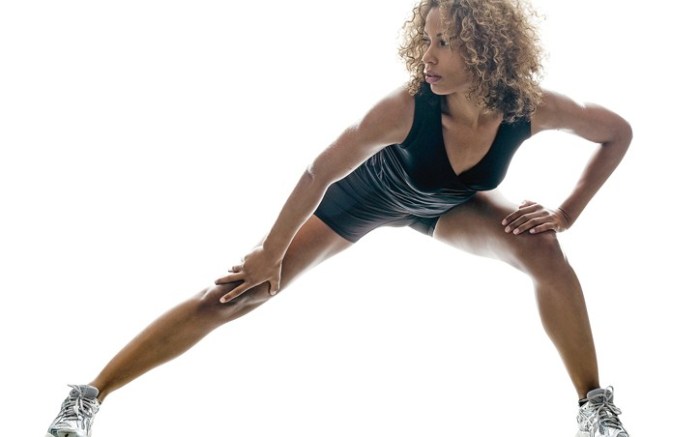 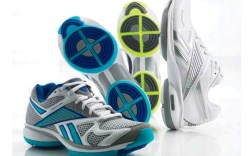 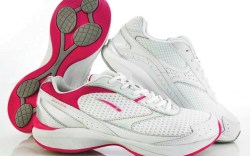 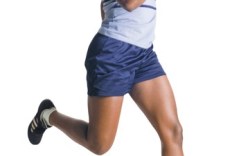 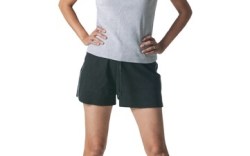 For many retailers, toning footwear proved to be a huge blessing in an otherwise bleak 2009.

The launch of two high-profile product lines — Skechers Shape-ups and Reebok EasyTone, both of which claim to increase muscle activation during wear — generated retail traffic and ignited the athletic women’s shoe market.

“It was critical [to our industry],” said Chris Santaella, Foot Locker’s VP and DMM of footwear. “There hadn’t been a lot of new innovation in several years. It took [consumers’ interest] away from some of the electronics and put it back into footwear.”

It also provided much-needed revenue for stores that had watched sales struggle for months.

“The family footwear retailers and the sporting goods retailers benefited [from toning] in the fourth quarter. They don’t break out those numbers, but it was meaningful for them,” said Scott Krasik, an analyst at C.L. King & Associates. “On a percent of total, it wasn’t that big, but it was full-priced sales at a price point that may be two or three times their average.”

Although rocker-bottom shoes have been on the market for several years, debuts from major fashion and athletic names helped the growing wellness trend reach critical mass.

“There is a customer who is focused on health and wellness, and it was time for a category to surface and satisfy the demand,” said Sam Sato, chief merchandising officer at Finish Line. “Last year we saw a lot of newness in the marketplace relevant to technology and design aesthetic. In early spring, it was with the Nike Air Max + 2009, which was about a fresh new introduction at a time when our industry was a bit stale. By midyear, this toning category was resonating with customers and their [needs].”

Nick Grayston, SVP and president of footwear at Sears Holdings Corp., said the value proposition of toning product made it particularly relevant to the times. “We all want more for our money, and improved fitness technologies are a spot-on example of increased value,” he said.

But not all retailers have embraced toning footwear wholeheartedly. Some say it’s a fad, and almost all agree there will be a brand shakeout as manufacturers race to bring more product to market.

Some retailers doubt that all toning products live up to their promises.

“I don’t understand how a shoe can do everything that they’re claiming it does,” said Robb Finegan, co-owner of Fit Right Northwest in Portland, Ore. “They say you can get double the workout for your time, but I don’t buy into that.” Finegan believes nothing beats the old-fashioned principles of fit and function in footwear. “At our store, customers come in and get fitted properly. They go through our process and analysis, and then with the right shoes will hopefully be able to work out better and longer.”

He also expressed concerns that new toning shoes don’t account for different strides, as most traditional athletic shoes do. “I haven’t seen them address issues like over-pronation. They really are designed for a neutral foot stride, and that is very limiting. The hardcore runner is not going to pay attention to this trend; it’s more for the beginning runner or walker who’s less educated and maybe read about the shoes in [a magazine].”

Brianna Farmer, GM and buyer for Jackson, Wyo.-based Bootlegger Cos., has long carried brands such as MBT and Earth because she trusts their research, technology and health claims. And although she experienced an increased demand for wellness product in 2009, she chose not to add any new brands to her mix.

“We would like to bring in some additional brands and lower price points, but I don’t see us purchasing from some of the newer players,” she said. “A lot of what we’ve seen is not good quality. It’s as if they have mimicked the look [of a rocker-bottom shoe], but the research and technology isn’t behind it.”

Farmer said she was impressed by Reebok EasyTone, but noted that its mass-market distribution makes it less desirable for her specialty boutiques. “We’re small-town stores in a mountain community and we want to offer something that’s not available everywhere.”

While skeptics abound, analysts and retailers see huge potential for muscle activation technology in footwear next season and beyond.

“Right now, it’s a wide-open market,” said Foot Locker’s Santaella. “There are going to be things in the next few months that will take the technology into new areas of performance.”

Finish Line’s Sato is also upbeat on new end uses. “Reebok is adding categories like RunTone, a different technology with the same sort of [toning] benefits,” he said.

Sato added that customers may ultimately demand muscle activation to be a feature of all their footwear.

However, styling is an issue that thus far has been an obstacle. In many instances, the toning effects are made possible by a bulky rocker-bottom outsole.

“If the styling of the shoes gets better, they can reach a lot more people, and I think brands recognize that,” said Sportie LA co-owner Isack Fadlon. “There are customers who are very fashion conscious that would like to try something like this, but the styling is holding them back.”

John Holden, GMM of Philadephia-based Benjamin Lovell Shoes, agreed. “The biggest opportunity for brands is to come out with a product that doesn’t look like a toning apparatus. We are getting requests for [toning shoes] that you can wear all day, but look-wise, there’s nothing really out there.”

Originality and the right strategy are also part of the puzzle.

“They need a point of difference, because there’s plenty of ‘me too’ footwear,” said Zappos.com’s Jeanne Markel, director of casual lifestyle and performance. “And not everyone can afford an MBT at $250 to $275, while others are willing to pay for something really high-quality.”

For spring, manufacturers are introducing new products that could help strengthen demand in the category, retailers said.

“The shoes will actually get stronger into spring when the warm weather kicks in and the ‘time to get in shape’ [mentality] clicks. Then the demand will level out and have a [consistent] customer base,” said Todd Kirssin, footwear DMM at DTLR, a Hanover, Md.-based athletic chain.

Krasik also predicts demand will stabilize soon. “The hyper-growth in door count that we saw from November to now, that will taper off in the months to come. At the end of the day it is driven by new product.”

Sterne Agee senior analyst Sam Poser believes it’s too early to measure the potential of toning footwear as a business model. “It’s still in its infancy. Most women haven’t bought their first pair. Once they buy a second pair, it will qualify as an actual category.”

Conversely, many retailers — including those in the toning business — are betting on a competing technology that mimics a barefoot training experience. Sato touted Nike’s Free and Lunar lines, while others lauded Vivo Barefoot and Vibram FiveFingers. “It’s two different schools of thought, and we are playing both ends,” said Holden.

Either way, footwear technology wars are sure to play a big part in 2010 as consumers continue to vote with their wallets.

“It’s a signal to our industry that customers are going to want more technology going forward,” said Grayston of Sears. “Her expectations have been raised. Brands and retailers must continue to meet the new standard.”

Part of that “new standard,” however, involves advertising — and a lot of it. There’s no question that high-profile marketing campaigns helped spur demand for toning products last year. And to sustain demand, as well as to inspire men to try the shoes, the dollars may need to keep flowing.

“After Oprah started wearing [Reebok EasyTones] and the commercials aired, our girls started asking for them, especially for last Christmas,” said DTLR’s Kirssin. “We’ll start carrying the [men’s] shoes this spring, as soon as Reebok can get us ramped up. We think the men’s product have a shot.”

Skechers has aggressively targeted male consumers, tapping Hall of Fame quarterback Joe Montana as a spokesperson for Shape-ups and continuing to blanket TV, print media and outdoor channels with advertising.

“Marketing really is key,” said Zappos.com’s Markel. “If you’re the first wellness product that [a customer] buys, there is a good chance they will develop customer loyalty.”

Finish Line’s Sato agreed that marketing was key to the success of the category. “Skechers and Reebok worked very hard to commercialize this, and they have a huge running start on the rest of the world,” he said.

Still, many retailers are treading lightly into the toning category as they access the long-term market potential.

“We concentrate mostly on fashion footwear,” said Jeff Greenberg, owner of Lloyd’s Shoes in Carmel, Calif. “I thought Skechers Shape-ups would be a good way for me to test the wellness business.” Previously, Greenberg had struggled to sell core comfort brands in his store. “Long ago, I tried Mephisto and we weren’t able to get them off the ground,” he said. This time around he bought conservatively to avert some risk. “I bought 50 pairs and was in the wellness business for $2,500,” he said. “The response has been nice, and I’ve even had to reorder on a few styles.”

Greenberg still has had to go the extra mile to educate his customer on the product. “You really have to get the shoes on their feet,” he said. “They try them on with trepidation because it’s a different feel. But once they start moving around, they realize they feel good.”

Big chain retailers are most bullish on the category, and they claim success with a diverse customer base. “We are finding it appeals to a younger, hardcore training customer and the average consumer who does a lot of exercise by walking,” said Sato. While Finish Line purchased “quite a bit less” in units and SKUs for men’s product than women’s, the company is finding sell-throughs to be equally strong across the genders.

But sales results have varied, particularly among core comfort retailers.

Holden, from Benjamin Lovell Shoes, said he felt pressured to buy into the trend. “I jumped on the Skechers thing,” he said. “I had colleagues that were on the bandwagon, and the way that business was, I felt I couldn’t afford not to. After all, how many new things come out in the comfort market?”

However, newness did not result in sales. “Our people on the floor would rather sell the original MBTs,” said Holden.

Going forward, he plans to “really get behind” MBT and the wellness products that have done well in the store, such as Sano by Mephisto and Clarks Wave. “That business will come back for us,” he said, “but it’s too confusing right now with all the other players launching into the category.”