Company of the Year: The Jones Group 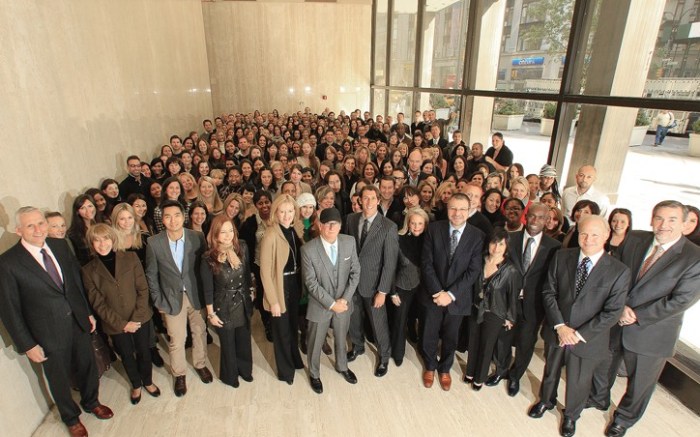 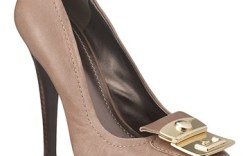 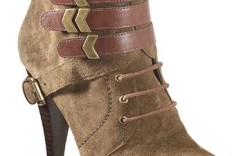 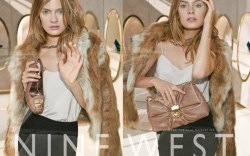 Keeping up with The Jones Group wasn’t easy in 2010.

In a year when many fashion players were reluctant to make big moves, the company struck high-profile footwear deals with Stuart Weitzman and Brian Atwood, upped the presence of its core brands and brought new talent in to every corner of the company.

“We’re becoming the place to be,” said Jones CEO Wesley Card, who recently changed the name of the 40-year-old firm from Jones Apparel Group to The Jones Group to better reflect its new, wide-ranging approach.

“We wanted to keep the Jones connection and [incorporate] a modern tone,” said Card. “And it is more attractive to outsiders looking at us.”

“The name change symbolizes that other categories are just as important,” added Richard Dickson, the former Mattel executive who Card hired as his right-hand man last January, a move the CEO called the biggest milestone of the year.

“I really felt I could get the company only so far with my background and expertise. We’ve always been very good at operating the business, but that’s different than managing a brand,” Card said. “Richard loves the fashion and the product … and he was ready to take on something big.”

Dickson, who serves as president of Jones and CEO of its branded business and was the architect behind the reinvention of Barbie, knows how to capitalize on good brand stories. He said he found plenty of them when he arrived at Jones, which has been built around powerhouse department store labels such as Nine West, Easy Spirit, Jones New York and Anne Klein.

“This is a stable of healthy brands that have stood the test of time,” Dickson said. “They will only get stronger with the fresh energy at the company.”

The firm’s newest star players include the soon-to-be-launched B Brian Atwood line and Stuart Weitzman, which was acquired in May.

Card said he set his sights on Weitzman several years ago, and that the $180 million deal, which gave Jones a 55 percent stake in the business, came to fruition because of the strong relationship he had developed with the designer.

“That’s the best way to do an acquisition,” Card said. “It’s not just about the money or the process, it really is a partnership. Stuart had a great plan in place to grow his business, and we’ve been fully supportive of that.”

Weitzman, too, said the new union has gotten off to a good start.

“When you have a great courtship, it’s easy to have a great marriage,” said the designer, who still owns a minority stake in the brand, which has been steadily opening stores, expanding internationally and broadening into new categories. And Weitzman is still very much at the helm, along with his longtime executive team.

That business model has resonated with key retailers.

“Jones supports the designers and brands with their expertise, but also allows them to continue to conduct business in an entrepreneurial way,” said Karen Katz, president and CEO of the Neiman Marcus Group.

The company’s enterprising spirit was also attractive to Brian Atwood, who teamed up with Jones this summer to roll out the B Brian Atwood contemporary line for fall ’11. “Partnering with Jones was such an organic step,” Atwood said. “Their ideas and resources on branding and distribution are endless, and we are on the same page creatively.”

Both Atwood and Jones execs said the new venture can be a major growth vehicle for the two companies.

“This isn’t about one collection; it’s about building a sizeable business,” said Dickson. “Brian is the real deal. He’s a brilliant designer and a great addition of talent and intellectual power.”

“Nine West has had a phenomenal year,” Card said. The brand was reintroduced at Nordstrom this year and had its best international performance to date. In addition, Nine West further diversified with Nine West Vintage America and Boutique 9, two distinct sub-collections that are quickly becoming a bigger part of the mix.

On the marketing front, Nine West made a splash during New York Fashion Week with its “Runway Relief” program, a joint venture with the Council of Fashion Designers of America. Forty top models donned a limited-edition Nine West boot with a built-in pedometer that tracked their steps. For each one they took, Jones donated funds to the Fashion Targets Breast Cancer charity. The company now has plans to expand the event to London next season, said Chief Marketing Officer Stacy Lastrina.

Outside of footwear, the company made waves with its new “Empowering Your Confidence” campaign for Jones New York, which celebrated the brand’s heritage with print, social media and philanthropic initiatives, as well as special events. For example, Dee Dee Meyers, the first female White House press secretary, who served under the Clinton administration, took part in the campaign and hosted the first-annual Jones New York Power Lunch in September that brought together women in various stages of their careers.

“With this campaign, we’re rallying behind the brand in an authentic way,” Lastrina said. “We’re not telling the consumer what to do; we’re connecting them [to us] and each other.”

Retailers are taking notice of the changes across the Jones portfolio.

“This is a company that focuses on brands and has either grown or acquired the talent necessary to build each of them into a meaningful business in the spaces where they compete,” said Terry Lundgren, chairman, president and CEO of Macys Inc., which sells Jones’ Rachel Rachel Roy line exclusively.

Looking ahead, Card said the firm’s biggest priority is to nurture and grow its core brands, and it will also continue to actively look for acquisitions. But he isn’t setting a specific timetable.

“It’s not like we have to do a deal a quarter. We don’t have targets like that,” Card said. “But we’re a company that’s going to grow and change and build on the great things we have.”