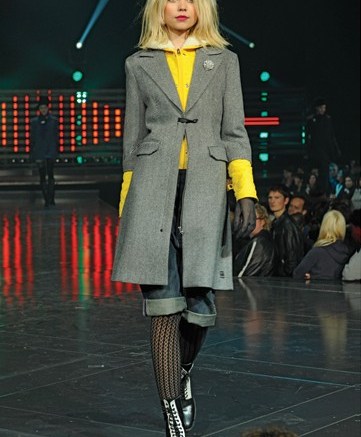 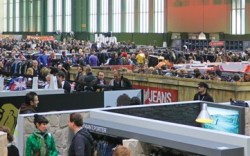 Footwear players attending the recent Bread & Butter show  on Jan. 20-22 applauded the high-profile launches and mix of trends at the show.

“People aren’t writing orders, but there’s lots of looking around,” noted Emma Lee, men’s buyer at Gilt Groupe, who said it was her first time at Bread & Butter. “There are many European brands here that you don’t see in the U.S. We’d definitely come back, even to see the European face of existing brands that we work with.”

Another Berlin first-timer, Alejandro Ingelmo, unveiled his men’s sneaker collection at the show.

“I’m starting out and experimenting,” he said. “It’s very cool, eye-opening and gives a different perspective on what a trade show is.”

“We had great reaction,” said Bernard Waage, European sales director at Select Trading, which distributes the brand in Europe. Waage noted that he saw boutiques from across Europe and the Middle East.

Other launches at the show included Melissa’s collaboration with Jean-Paul Gaultier — an open-toe sandal with a slim heel — which hits retail in May.

The Australian brand Bloch showed an expanded collection of dance sneakers that feature a split sole and a removable sock equipped with a shank so that the sneaker can also be worn on the street. Uppers were decorated with sequins, satins or reptile prints and also included a wingtip style. The collection, set to retail from $80 to $120, will be stocked in specialty stores, according to Scott Cain, Bloch’s VP of global sales.

Tamsin McClaren, global brand and sales manager of Ben Sherman, said the show is a good place for the label because “shoes mixed with clothing really works.”

Retailers lauded the mix of product at the show and said they used it as a first look for fall trends.

“Getting winter trends right is of utmost importance — trends don’t change so much in the spring,” said Sam Morrison, managing director of Clockwork Orange, which has 20 multibrand stores across Northern Ireland, 11 of which stock men’s and women’s shoes.

All told, a total of 600 brands exhibited at Bread & Butter in the former Berlin-Tempelhof airport.

“I am very satisfied with the results,” said organizer Karl Heinz-Muller.

The next edition of the show, set for July 7-9, coincides with the World Cup in South Africa. Due to that timing, Heinz-Muller said the show will have a soccer flavor and that a large stadium is being built in the center of the airport to host themed events. Other plans for July include a new kids’ area where brands can display their offerings in a themed location.

Danny Silvera, head of marketing at Dynasty Footwear, praised the upbeat atmosphere at both shows.

“I found more women’s wear over at Premium, while at Bread & Butter it was interesting to see lots of geek chic — Williamsburg looks and so many brands showing Americana,” Silvera said.