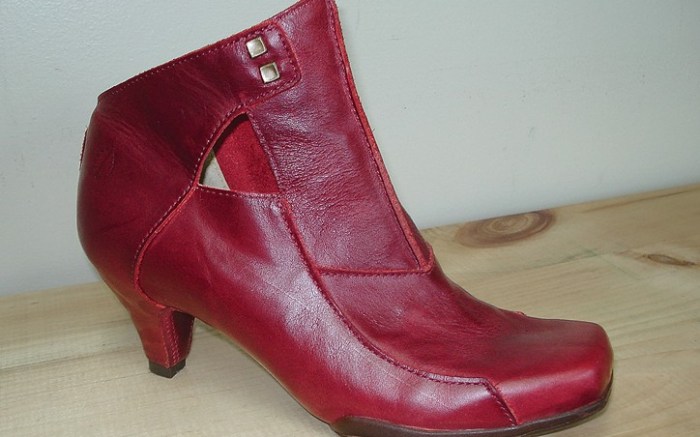 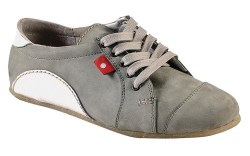 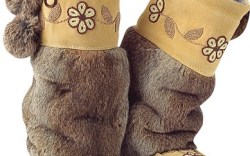 Roots: The brand was founded in 2001 by husband-and-wife team Monica Peña and Andrés Linares, with Peña as the lead designer. Before that, in 1986, the couple started manufacturing men’s shoes for Linares’ store. By the end of 1999, they had started thinking about doing other types of shoes, “but not common shoes,” said Peña. “We wanted to make different shoes with no conventional shapes or colors.”

Cultural stamp: The artisan collection takes inspiration from shapes and elements found in the buildings of Bogota (where the company is based) and uses colors from natural elements such as plants from the region. “All our collections come from the exploration of the cultural and visual richness of Colombia,” said Peña. “We take elements of this exploration, for example, from flowers, leaves, bricks, pieces of metal and make them part of the shoe design.” A stack of bricks and a building’s wrought-iron grill were the blueprint for the bottoms of the outsoles. The 14-color palette for fall is natural and includes rich burgundy and green. While the line has an artisan feel, it maintains a feminine point of view, offering a range of heel heights up to 3 inches.

Fall ’10 highlights: Collections include Astilla, a series of Western-inspired looks; Caputa, sexy heeled booties (above); and Parche, boots and shoes with an athletic edge.

Distribution: On Your Feet in Scottsdale, Ariz.; Sole Sisters in Ann Arbor, Mich.; and Footnotes in Portsmouth, N.H.

Roots: Tapping his expertise as former head of MBAs Without Borders, a nonprofit that helps build small businesses globally, founder Tal Dehtiar has made Africa his next humanitarian cause. Launched last year, the company was established to develop the footwear and components industries in Africa. It also aims to create jobs and encourage fair business practices between factories and employees, thus raising the standard of living. “Our team on the ground works on a daily basis with the technicians and workers [in the factory],” said Dehtiar. “We look to play a bigger hand as well as develop training [programs] for workers, educate them and understand how we can support them.” And, he added, while women play a big role in the factories, the goal is to see them rise to management positions.

Cultural stamp: The collection is designed in Canada to give it a Western influence. It includes athletic-inspired styles and chukkas. “We try to make a product that can cross over to North America and Europe,” said Dehtiar. All product development is done in Ethiopia by local craftsmen, including pattern- and last-making. “Our Canadian designers are influenced by our team in Ethiopia to ensure we are working within the comfort and capabilities of our factories and team in Africa.”

Material interest: All uppers are made of Ethiopian-tanned leathers. Natural crepe, used for outsoles, is sourced in Liberia and Cameroon. Excess after cuttings is then shipped to Ethiopia, where it’s recycled for use in other bottom designs. For added comfort, there are supple goatskin linings and foam footbeds.

Fall ’10 highlights: Unisex styles include the signature Rovia, a low-profile athletic look (above); the Adibo chukka for men; and the Halaci women’s sneaker.

Roots: The line was founded in 1997 by Canadian Sean McCormick, whose roots go back to the Métis people, considered the country’s first indigenous group. Originally, the boots were native crafts sold through gift-store channels, but they saw a rise in popularity and eventually became a full-fledged brand, with production done at the company’s plant in Winnipeg, Manitoba. According to brand manager Greg Dreaver, the craftsmen are not all aboriginal, but the goal is to hire native people whenever possible. “We are aboriginal-owned and proud of that distinction,” he said.

Cultural stamp: Inspired by authentic mukluk boots and moccasins worn by native peoples, the ornately decorated looks feature luxurious fur trims and intricate floral beading. Construction is also authentic, with no right or left shoes, and no lasts. This allows the shoes to shape to the wearer’s foot.

Material interest: While the original mukluks featured soft soles to avoid tearing the birch bark on the canoes, many of today’s styles sport exclusive Vibram soles designed by an aboriginal artist. Uppers are made of supple nappa and suede, with rabbit, beaver, coyote and red fox fur trims.