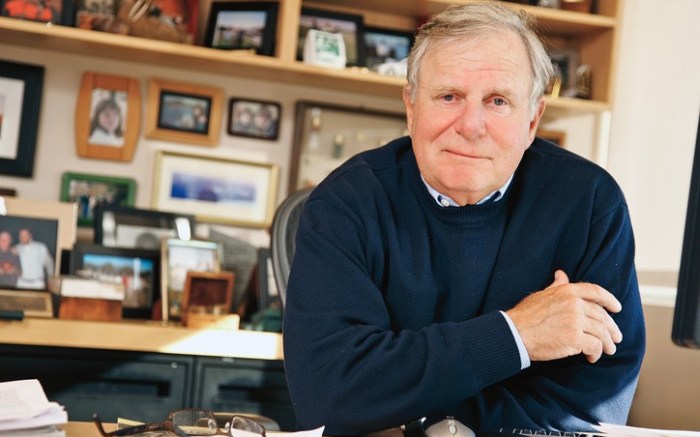 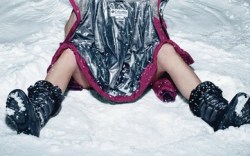 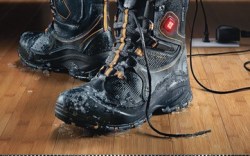 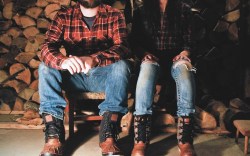 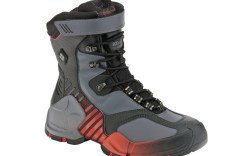 After a multiyear investment in personnel and product, President and CEO Tim Boyle and his team are dramatically growing their footwear business and redefining what Columbia means to outdoor retailers and consumers.

Boyle said the company is ready to take its place in the top specialty outdoor independents and chains through a new focus on technically advanced product. That follows a major effort to move its brands out of the value-oriented and price-driven retailers it had become known for.

The company also is emphasizing innovation and has used its strong cash position to add several new products to its roster.

This summer, the firm acquired OutDry Technologies S.r.l., a Milan-based group that created a patented waterproofing method. And last month, the Columbia brand rolled out Omni-Heat, a three-prong set of cold-weather technologies that it supported with its largest advertising campaign to date, a global effort that encompasses print, online and in-store elements.

The growth agenda should pay off in footwear, which accounts for $238.5 million in sales — roughly 17 percent of the total business — on a trailing 12-month basis as of Sept. 30.

“We’ve always talked about the enormous opportunity for our company for footwear,” Boyle said in an exclusive interview with Footwear News. “We’ve been selling it since 1993, so we’ve had a few different people in the company managing it. And even though the business has grown, we’ve just never had the team in place that could literally explode it. And now we have that team in place. It should be our biggest product [category] ever.”

Under Mark Nenow, the VP of global footwear merchandising who joined the firm in 2007, the biggest priority has been creating three distinct brand identities for the Columbia, Sorel and Montrail labels. (For more, see sidebar on opposite page.)

And the work is starting to pay off. The company saw footwear sales rise 17 percent in the 12 months ended Sept. 30, at a time when overall sales rose 12 percent. But the company has even bigger goals.

“We should be well over $1 billion with our brand portfolio, and shame on us if we’re not,” said Mick McCormick, EVP of global sales and marketing.

Analyst Kate McShane of Citi Investment Research said the opportunity is there.

“The thing that’s exciting about Columbia right now that’s so different is that they have all this innovation,” McShane said. “The Outdry patent that they own … could be very promising. It’s a technology, it’s proprietary, it’s something that they’re going to be able to use on their product and there’s the potential for them to license it out, which is fantastic for margins.”

FN: What will have the most impact on the outdoor market in 2011?
TB: The industry as a whole really needs to innovate and develop better products and technologies for consumers. We think there’s a huge opportunity for Columbia to lead the industry to greater growth through innovation and more vigorous competition. This is something we have been focusing on for several years now, and we will continue to put our resources into developing state-of-the art technologies and solutions to improve the outdoor experience for our customers.

FN: Many companies are worried about rising costs in China. How concerned are you?
TB: In the past two years, volatility in available factory capacity, labor rates, raw materials costs, transportation capacity and rates has been greater than at any time since the industry moved to the outsourced manufacturing model 40 years ago. What had been an ever-expanding, deflationary model has become a capacity-constrained, inflationary model, at least for the foreseeable future. How long it will last and how well the industry players adapt to this new reality will determine the winners over the next three to five years.

FN: You’ve talked before about trying to make your business more year-round. How much progress have you made?
TB: It’s not winter everywhere all the time. If it were, we’d be golden. Winter footwear is certainly the biggest portion [of our business], but we probably have a bigger offering in non-winter styles. Some of our highest penetration [with those looks] are in our China-Hong Kong business, where there is a higher percentage of footwear penetration to the total business — and almost no winter. We have to develop a business that is supported by non-winter product, and we’re probably there from a product standpoint. We need to get the uptake from our customers.

FN: In addition to diversifying product, you’ve also shifted your distribution strategy. How have you done that?
TB: We didn’t have the kind of authentic specialty store business that we needed to give the brand its proper cachet. We want to have a position of leadership in the business. We felt like we were in places where, either because the customers couldn’t pay more for their products or because the stores weren’t capable of selling more technical styles, we were never going to get where we wanted to be from a technical standpoint.

FN: How far along are you in that process?
TB: It’s not without its potholes, but we’re on the way to getting ourselves in that kind of environment. [We’re in the process] of some heavy lifting. [And while] we haven’t seen that exponential pickup at retail, there are certainly signs that that’s going to happen. There are still more places to sell, and in every place we sell, there’s more merchandise to be sold. We have opened doors in many of these places, and we just don’t have the volumes there that we need yet. And now that we’re there, we have to start doing some of the marketing that is going to make us better and make the volumes come to where we expect them to be.

FN: How do you expect the strategy to pay off in the long-term?
TB: It’s all about enhancing the brand for future seasons and having consumers leave the website or the store saying, “Hey, Columbia’s got a different approach. They have a different way of doing things. Maybe if I don’t buy one today, I at least know that these guys are on the forefront.”

FN: Your fall ’10 campaign is the largest to date. What makes it different?
TB: The difference is there’s less of me and my mom [Columbia Chairman Gertrude Boyle] and more women in bikinis.

FN: Past ad spends focused heavily on retailer co-op programs. Have you changed those parameters as well?TB: Co-op [programs] usually run around 40 percent of our total spend, and our customers typically would spend their co-op dollars where they felt appropriate. We’ve asked them to be very focused on Omni-Heat so we can be successful in having a bigger business there. The visible nature of Omni-Heat Reflective technology makes it easy for our retail partners to create compelling in-store displays to help tell the story at point-of-sale.

FN: You made some waves this summer when you acquired OutDry Technologies. Why were you attracted to the company?
TB: One of our goals is to create within our company a deep technical skill set pertaining to the key performance technologies for the outdoor industry, as opposed to outsourcing that expertise. We believe OutDry’s method for waterproofing boots and gloves is simply the best in the industry, and they viewed Columbia as a partner that could help establish greater awareness and credibility of OutDry against a large, entrenched, dominant competitor.

FN: Do you have any plans for further acquisitions, either on the tech side, such as OutDry, or other brands?
TB: We see many opportunities for growth through our existing brands, but we are always open to exploring viable acquisition ideas if they would be complementary to our growth strategies.

FN: What are your goals for Columbia as a whole?
TB: If we grow at 15 percent annually, we double the business in five years. But we need to be faster than that. We need to be bigger, quicker and more profitable still.