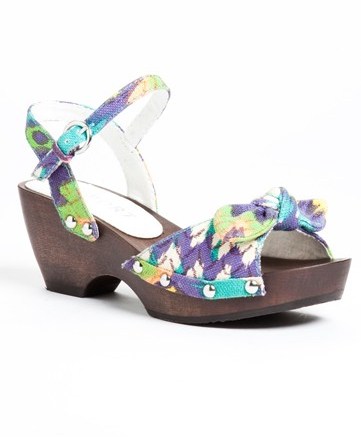 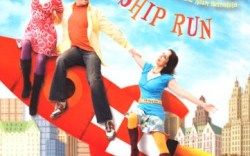 Sister Act
Report is relaunching its kids’ line for spring. The offering consists of trend-driven looks inspired by the brand’s juniors’ line but with a younger, more kid-friendly sensibility. “Girls today want to wear what they see on their older sisters, so we’re taking those looks and making them more [age-appropriate] and in line with younger girls’ expectations,” said Bill Snowden Jr., SVP of Report parent company Topline Corp. Styles include clog-inspired sandals with printed fabric uppers, cork wedges with flower ornaments and embellished ballet flats. Available in toddler and kids’ sizes, the shoes are priced from $25 to $50 and will be available in stores beginning in late February.

Dancing Shoes
Umi fans will be moving to a new beat this fall. The brand, a division of Milwaukee-based Weyco Group, is launching a national gift-with-purchase program next week for its retail partners around the country. Any child who tries on a pair of Umi shoes will receive a free copy of acclaimed children’s musician Laurie Berkner’s “Rocketship Run” CD. Together with some of its key independent retail accounts, Umi is sponsoring Berkner’s current national tour, which made a stop in New York City this past weekend. Umi and Berkner have also joined forces to collect gently worn children’s shoes from audience members at Berkner’s concerts to donate to Soles4Souls.

Rocket Power
Hayward, Calif.-based Rocket Dog Brands has tapped GMI USA as its new kids’ and men’s footwear licensee for North America and the European Union. Elan Polo International previously held the license. “Through this partnership, we [hope] to enlarge our portfolio and enhance our brand offerings while further penetrating the U.S. and global markets,” said Cathy Taylor, CEO of Rocket Dog. GMI plans to launch its new Rocket Dog men’s and kids’ lines at the FFANY show in New York this December. Categories will include fashion casuals, sandals, sneakers and boots.