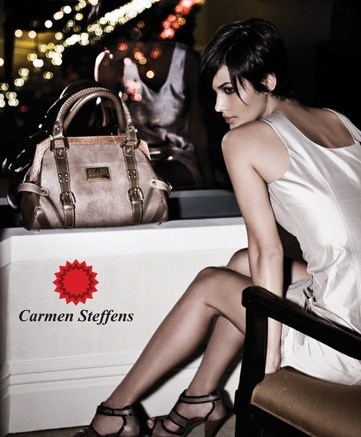 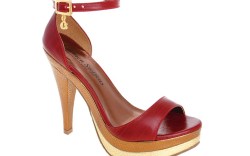 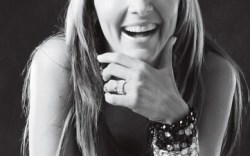 Brazilian brand Carmen Steffens has big plans for the U.S.

Launched in 1993 by leather mogul Mario Spaniol, the label has attracted a big following in South America with its offering of handcrafted shoes and handbags detailed in vibrant colors and embellishments. Now, the São Paolo-based company is looking to make an impact on the American market with several branded stores and a roster of celebrity fans.

Named for Spaniol’s mother, Carmen Steffens has seen swift growth in its native Brazil, with sales surging 40 percent in 2009 — an improvement from the consistent 25 percent increases since its launch, said Mark Willingham, president of U.S. operations.

To capitalize on the success, the company is making the American market its biggest priority. With 167 branded locations in 11 countries (a mixture of franchised and owned doors), it plans to bow as many as 30 new stores globally over the next five years, including doors in Miami and New York in September 2010.

The Los Angeles flagship store, launched in 2006, has been performing well, Willingham said, and has inspired the firm to continue its U.S. expansion. “Although we believe Carmen Steffens will eventually have more than 60 stores in the U.S., Los Angeles, New York and Miami are priority markets for us,” said Willingham. “We were receiving many requests from consumers in Los Angeles regarding the brand, so we selected that market first. … From a brand perspective, the U.S. is the biggest opportunity in the world, but we have been going very strategically, taking our time.”

In the midst of last year’s recession, the company considered canceling store openings in the U.S., but was encouraged to move forward after receiving letters from consumers seeking the product. “The U.S. market is one of the most competitive markets in the world,” said Willingham, noting that the brand intends to court multibrand boutiques across the country. “You have to stand out and make sure the consumer knows you, [which] is even more difficult in a downturn.”

A targeted marketing campaign includes events at fashion weeks in Miami, Los Angeles and New York, endorsements by celebrities such as Mariah Carey and Eva Longoria Parker and product placements on “American Idol” and “Desperate Housewives.”

The look of the collection — which includes platform stilettos in snakeskin, cork wedges and some delicate wedding styles — has been crafted by Spaniol’s wife, designer Monalisa Spaniol, who gathers ideas during visits to Paris and Saint-Tropez, France. “From the beginning, the idea was to come up with designs that were inspired by international trends, but also included handcrafted details and incorporated shapes and colors that would be sexy, classy and exotic,” she said.

The label’s wide range of price points — $80 to $900 — has provided leverage amid the down economy, said Willingham. “It was good because of our positioning in the market,” he said. “The celebrities are wearing [the shoes], the designs are trendy — [when] you have the aspirational shopper who is looking at luxury brands, handcrafted Carmen Steffen shoes are a great alternative.”

Anna de Geus, the owner of a franchised Carmen Steffens boutique in Perth, Australia, decided to open the store in 2007, when women on the street asked her about the shoes and bags she had brought from Brazil.
“In Australia, we have a lot of international brands, but we don’t have anything different,” said de Geus, noting that the company is looking to expand into other parts of the country. “Carmen Steffens has brighter colors and different styles. People like that.”

But the company is still relatively new in the international marketplace and needs to compete with global conglomerates and adapt to specific cultures, she said. “Sometimes the clients ask why they should pay $800 for a bag if they don’t know the brand,” said de Geus. “We tell them the bag is laser-cut and hand-stitched and that we [promise] to repair or exchange it if anything happens.”

Even with a strong emphasis on global expansion, Carmen Steffens has stayed true to its Brazilian roots, tailoring styles for the local markets there. Bright colors and beading, for example, are offered on shoes sold in northern Brazil, while sleek European styles are created for the South, Willingham said. The company also takes steps to assure a limited quantity of each style is offered in each city. When a particular shoe is sold out, the stock is not replenished. “Our customer knows she won’t see other people with the shoes she’s wearing,” Willingham said.

Each season, Carmen Steffens creates a collection of 350 footwear styles and 150 handbags. The brand and the Spaniols’ tannery, Couroquimica — one of the largest in South America — boast a team of 1,300 employees, including leather craftsmen and researchers. The main company plans to strengthen its workforce by hiring 300 new employees over the next three months.

Marcos Frederico, the owner of Boutique d’Alessandro, a store in the state of Santa Catarina, Brazil, has been carrying the label for five years and said his customers are drawn to Carmen Steffens for its style, exclusivity and comfort. Bestselling items include the Slim Fit boots and the high-heel sandals for summer. “They love Carmen Steffens because it’s stylish and [comfortable enough] for a client to walk in heels the whole day,” he said.

Despite its rapid growth, Carmen Steffens aims to remain close to the consumer. In its branded stores — and even in multibrand shops that carry the line — shoppers are greeted with a cup of espresso. “My clients come here every week to have a coffee,” said Lara Diniz, the owner of the Sapatos & Cia store in Brazil’s Rio do Sul. “The customers love the warm personal attention.”